Much of the discussion about achieving climate targets has rightly focused on reducing carbon emissions. Less attention has been paid to their removal from the atmosphere.

The available research data on this process is scarce and dispersed. That is changing thanks to a landmark report, “The State of Carbon Dioxide Removal”.

A 20-strong team of CDR experts, led by Stephen Smith of the University of Oxford’s Smith School of Enterprise and the Environment, has pulled together all the latest research to boost policymakers’ interest in CDR.

The report highlights that more emissions reductions means less need for CDR, but that both are required to achieve the Paris Agreement goal of limiting warming to well below 2C.

In a press release, Smith underlines the need to accelerate emissions reductions, but explains that “we also need to increase carbon removal, by restoring and enhancing ecosystems and rapidly scaling up new CDR methods.” The report says virtually all future scenarios require these new methods, which include BECCS, biochar, enhanced rock weathering and DACCS. These technologies make up only a tiny fraction of current CDR. To play a meaningful role in achieving climate goals by 2050, they need to be scaled up by a factor of 1,300 on average, the report states.

The scale of new CDR technologies must be multiplied by 1,300 by 2050 to align with the Paris Agreement

The scale of the task is as daunting as it is urgent. For the first time, a comparison of data has been made that highlights the gap between the CDR proposed by nations and what is actually needed to achieve the Paris goals. As the report authors say, “there are currently few plans by countries to scale CDR above current levels, exposing a substantial shortfall. The CDR gap calls for urgent action on all CDR fronts.”

Oliver Geden, of the German Institute for International and Security Affairs, one of the report’s authors, stressed the importance of CDR in a press release : “CDR is not something we could do, but something we absolutely have to do to reach the Paris Agreement temperature goal. More than 120 national governments have a net-zero emissions target, which implies using CDR, but few governments have actionable plans for developing it. This presents a major shortfall.”

Artur Runge-Metzger, former director at the European Commission’s Directorate-General for Climate Action, outlined the road ahead in the report’s introduction: hard-to-abate greenhouse gas emissions will be balanced with removals to achieve net-zero emissions in less than 30 years. From then onwards, “vast amounts of CO2 will have to be captured from the air for many decades, cleaning up the atmosphere and returning atmospheric CO2 to climate-safe levels.” 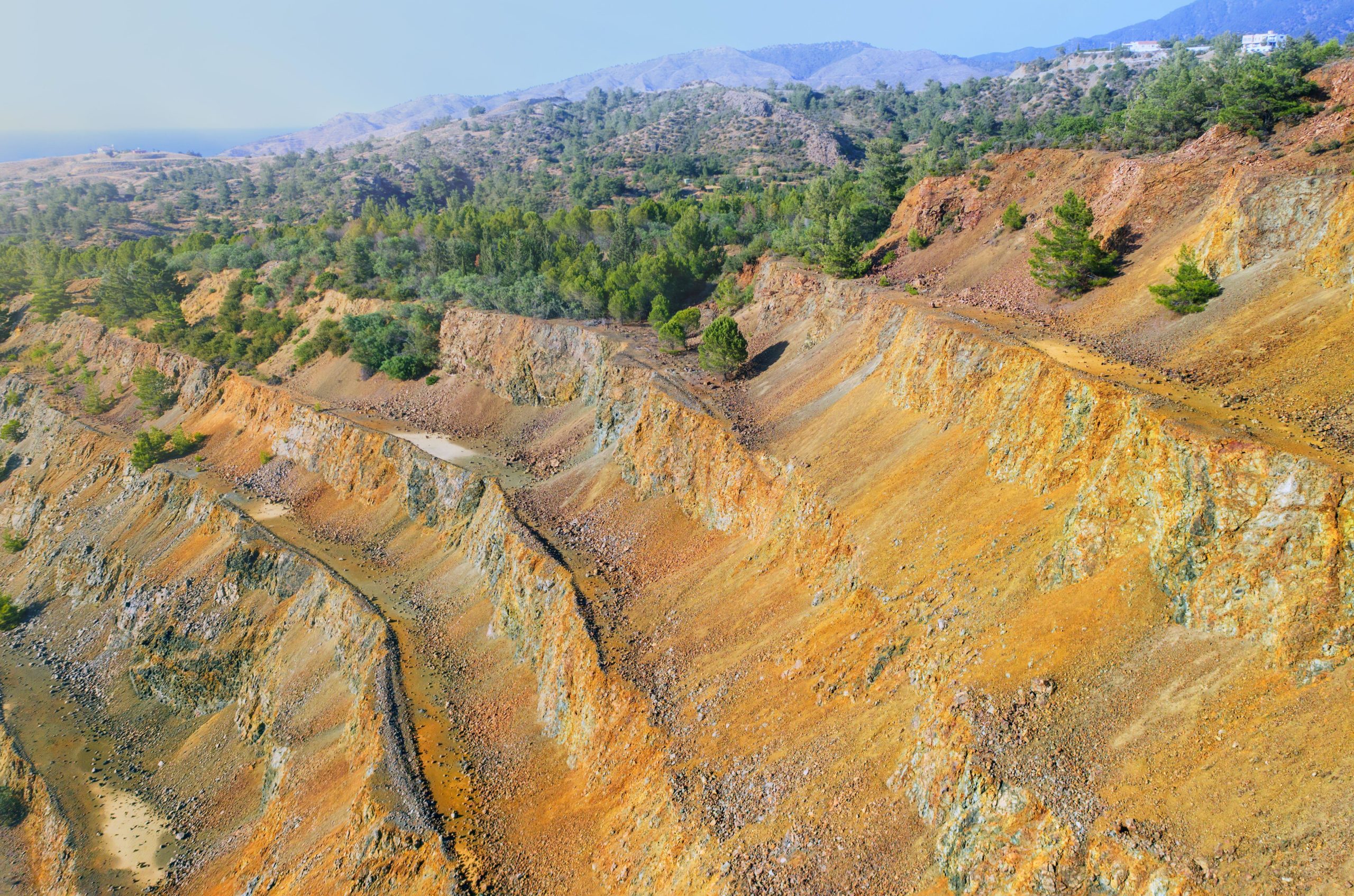 Reforestation of a former open pit mine in Cyprus (Image: Anna Kucherova / Alamy)

As well as calling for action, the report offers some practical recommendations.

Firstly, to scale up CDR, national climate policy frameworks will have to use incentives, monitoring measures and good public governance.

Second, Runger-Metzger calls for, an explicit acknowledgement to be made at the COP28 UN Climate Conference later this year of the magnitude of the CDR gap; the creation of a new negotiation track on CDR; clear transparency rules for national reporting of CDR that should be included in national climate plans; and identification of international climate finance requirements for CDR, taking into account the “polluter pays” principle.

Third, he calls for public and private leaders to work together to promote practical action.

The next 10 years will be formative for CDR, explained Gregory Nemet, professor at the University of Wisconsin-Madison, and another co-author of the report. The amount needed in the second half of the century will only be feasible with substantial new deployment in the coming decade. “Innovation in CDR has expanded dramatically in the past two years, as measured by investment in capacity, publicly funded research and patents. But given the orders of magnitude the CDR industry needs to grow by mid-century to limit warming, there is an urgent need for comprehensive policy support to spur growth.”

The report is expected to be the first in a series aiming to inform researchers, policymakers and practitioners, by collecting and analysing the vast amount of CDR data and developments from around the world.

Co-author Jan Minx, from the Berlin-based Mercator Research Institute on Global Commons and Climate Change, said: “Right now, critical information on CDR is widely dispersed and difficult to access, which hampers progress. Good decisions and accelerated progress in the field of CDR require adequate data. This report will help improve this situation step-by-step with the wider CDR community.”

Concerted action between countries is never easy but it has proved successful in the promotion of renewables technology and policy. Smith is confident the same can happen with CDR. Speaking in a webinar session, he said:

“Whether in policy, investment, research or activism, CDR is moving rapidly up various agendas. We see parallels between where CDR is now and where renewables were in the 1990s. Back then, electricity generation from solar and wind was a niche sector; projects were small scale, expensive and the preserve of committed environmentalists. Now renewables are mainstream, costs have come down and they are expected to provide all new capacity for electricity over the coming years. Part of what helped that happen was a better pooling of data, as various organisations got together to provide data and track progress.”

The report’s authors write: “Every year of delaying rapid and sustained emission reductions increases the requirements for CDR deployment in the long term.” Given the slow progress made so far in reducing carbon emissions around the world, the importance of CDR is set to grow in the years to come.