China is the world’s busiest shipping nation but all those ships entering its ports and plying its waters are contributing to the country’s air pollution.

So it’s encouraging that in 2016 the government started phasing-in regulations forcing ships to use fuels with 0.5% sulphur content while at berth and near major Chinese ports. This low-sulphur fuel contains 80% less sulphur than standard marine fuels and using it at berth can dramatically reduce air pollution and public health risks.

The new Domestic Emission Control Area (DECA) regulations are an important step towards reducing shipping pollution. The government first implemented the regulations in Shanghai and three other ports in the Yangtze River Delta last April, then in Shenzhen in October. Beginning this year, fuel switching at berth was expanded to eleven core ports, including four in and near the heavily industrialised Beijing-Tianjin-Hebei (Jing-Jin-Ji) region. 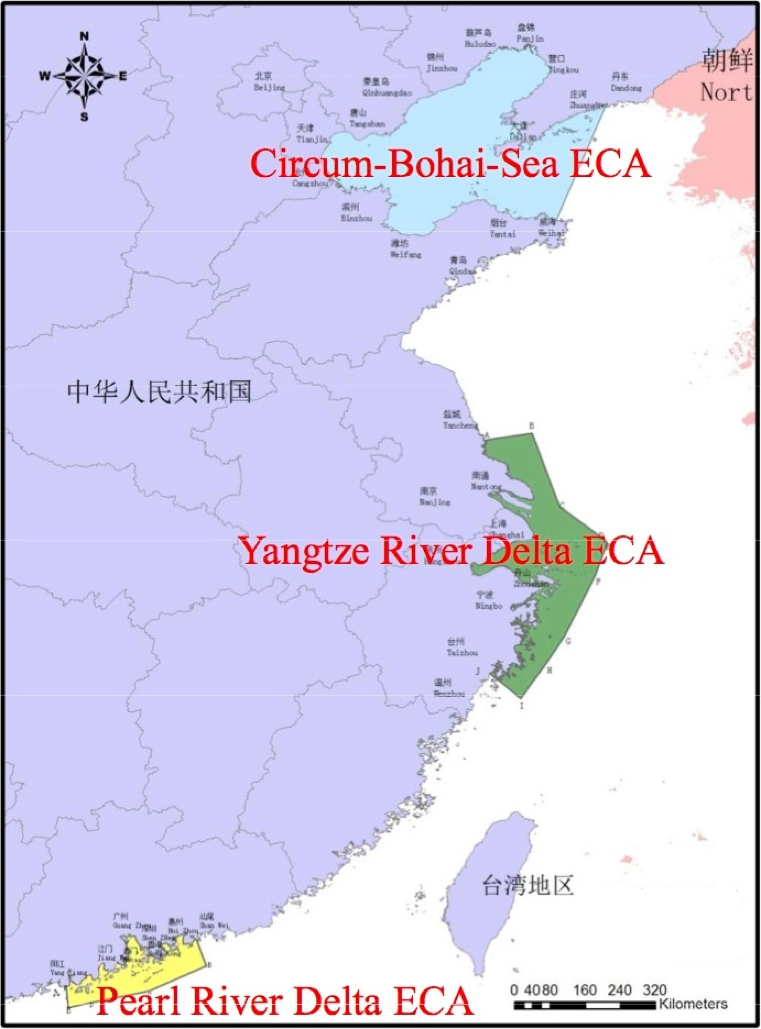 But regulations are only as good as their enforcement. Promisingly, China has been vigorously enforcing them.

Between April and November 2016 Shanghai’s enforcement agency inspected some 1,858 ships, caught 55 ships violating the rules and issued more than US$100,000 (690,000 yuan) in penalties. Two months after the regulations were phased in at four ports in Bohai Bay, two ships, including a foreign flagged ship, were caught using non-compliant fuels.

China’s success in catching dozens of ships using high-polluting fuels makes enforcement look easy, but it’s not, and it’s going to get harder.

The International Maritime Organization (IMO) requires ship operators to keep bunker delivery notes on board and maintain samples of fuel collected during refueling to demonstrate compliance with marine fuel regulations. But these are susceptible to fraud or forgery.

In addition, oceangoing ships – the main target of the DECA regulations – are typically equipped with multiple fuel tanks connected to the engines and or boilers. Even if there are tanks storing low-sulphur fuel on board, there is no guarantee that such fuel is being used at port.

Taking fuel samples close to any operating engine is the most reliable way to monitor compliance but that takes time, and for port regions with limited enforcement resources it is difficult to inspect enough ships and collect enough fuel samples to establish a strong enforcement presence.

And enforcement is set to become even more challenging. By 2019, the regulations will be extended to cover all ships in the DECA waters out to 12 nautical miles. International maritime law prohibits stopping or boarding a foreign ship passing through a country’s territorial waters. So it will be extremely difficult, if not impossible, for enforcement officials to take fuel samples from a ship that travels through DECA waters but calls at a port outside the DECAs.

To tackle these challenges, China is searching for better ways to identify violating ships.  The good news is that the European Union (EU), North America and Hong Kong have been enforcing marine sulphur regulations for years. Together, they offer some useful lessons for China.

Enforcement agencies have a limited number of staff and are under pressure to avoid causing vessel delays. It makes sense then to target onboard inspections at ships most likely to break the rules. By measuring emissions remotely rather than taking onboard fuel samples, and reviewing past compliance records, officials can screen for high-emitting ships visiting Chinese ports.

The EU has shown that this works. It has just completed a two-year project examining the feasibility of remote measurement devices fitted on the shore, bridges, planes and drones to effectively screen air emissions of a large number of ships in a short time.

The EU has also built a database allowing member states to record and exchange data from onboard sulphur inspections and to input remote measurement findings indicating non-compliance. China could do the same to record and share DECA inspection findings among its local enforcement teams to better target ships with a history of violation.

The Netherlands, Sweden, and Canada are all piloting fuel testing systems that can estimate sulphur content in less than five minutes, meaning that regulators only have to send samples for lab testing when high sulphur levels are indicated.

As well as saving money, quick screening can justify detaining ships until lab results are confirmed, which is a protocol used in the Netherlands. Unnecessary detention causes delays, which increases costs and harms the reputation of shipping companies.

Ensuring that low-sulphur fuel is available is just as important as making sure that compliant fuel is being used. In the US, the Environmental Protection Agency manages a comprehensive fuel quality assurance programme.  The Hong Kong Environmental Protection Department also regularly takes samples from bunkering barges and oil terminals to monitor fuel quality. Both the US and Hong Kong report a high compliance rate with their respective fuel quality standards. China should also step up efforts to ensure the quality of marine fuels.

Although China has been building its enforcement capacity and carrying out lots of inspections to verify DECA compliance, enforcement is expected to become harder as regulations are extended to cover more ports and bigger areas.

As the price of DECA-compliant fuel is more than 50% higher than high sulphur residual fuel, there is a cost incentive for unscrupulous companies to avoid compliance.

Luckily other regions are managing similar challenges, meaning China won’t have to chart a course through unknown waters to enhance its enforcement and realise the benefits to its air quality and public health. 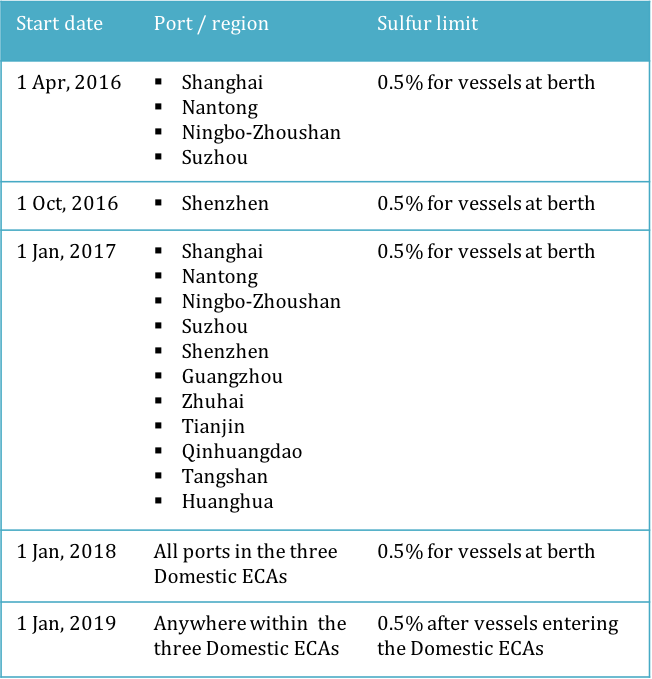 Roundtable: What environmental standards should Chinese firms use overseas?