There’s a phrase that’s become something of a favourite lately, cropping up in political speeches and climate discussions. It’s been shared by everyone from Greta Thunberg in her calls to activism, to the Chinese government in its pledges on climate change. The phrase is nature-based solutions, and its popularity is growing. But what does it actually mean? 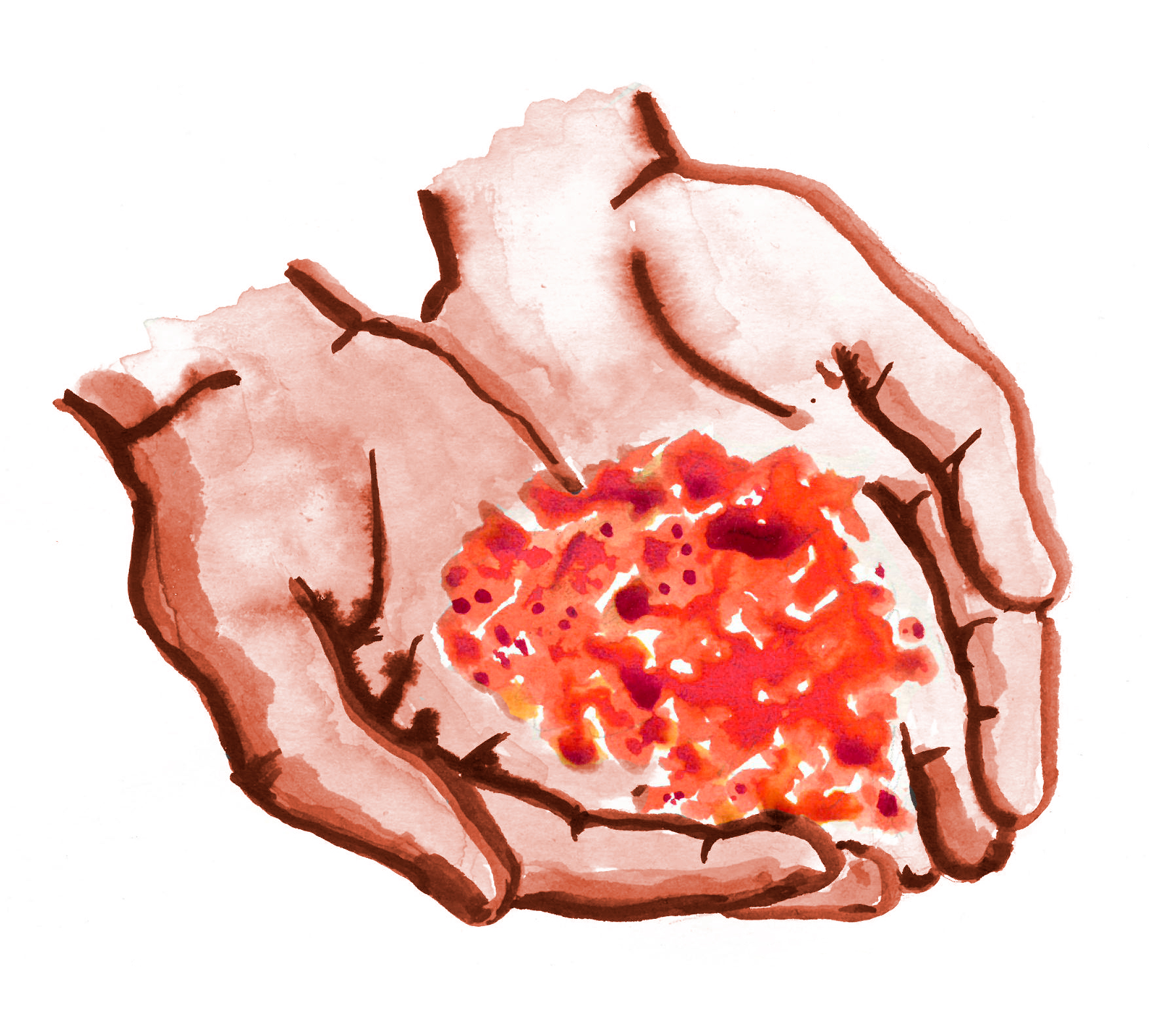 Nature-based solutions are actions to protect, restore and manage ecosystems in ways that also benefit humans. The benefits might be climate change mitigation, economic development, food security, improved health or resilience to natural disasters. For instance, restoring forests can boost biodiversity and sequester carbon, while protecting humans by reducing landslides. Nature-based solutions include the protection of ecosystem services, which are the inherent benefits provided by a healthy, functioning environment. But they may go beyond that too, because they often involve engineering and managing nature to sustainably maximise its benefits.

The term has been around since about 2008, when institutions including the World Bank and the International Union for Conservation of Nature started using it in their reports to outline a new way of understanding and solving environmental problems. And despite its buzzphrase status, the United Nations estimates that nature-based solutions could deliver one-third of the fix we need to keep global warming below 2C. 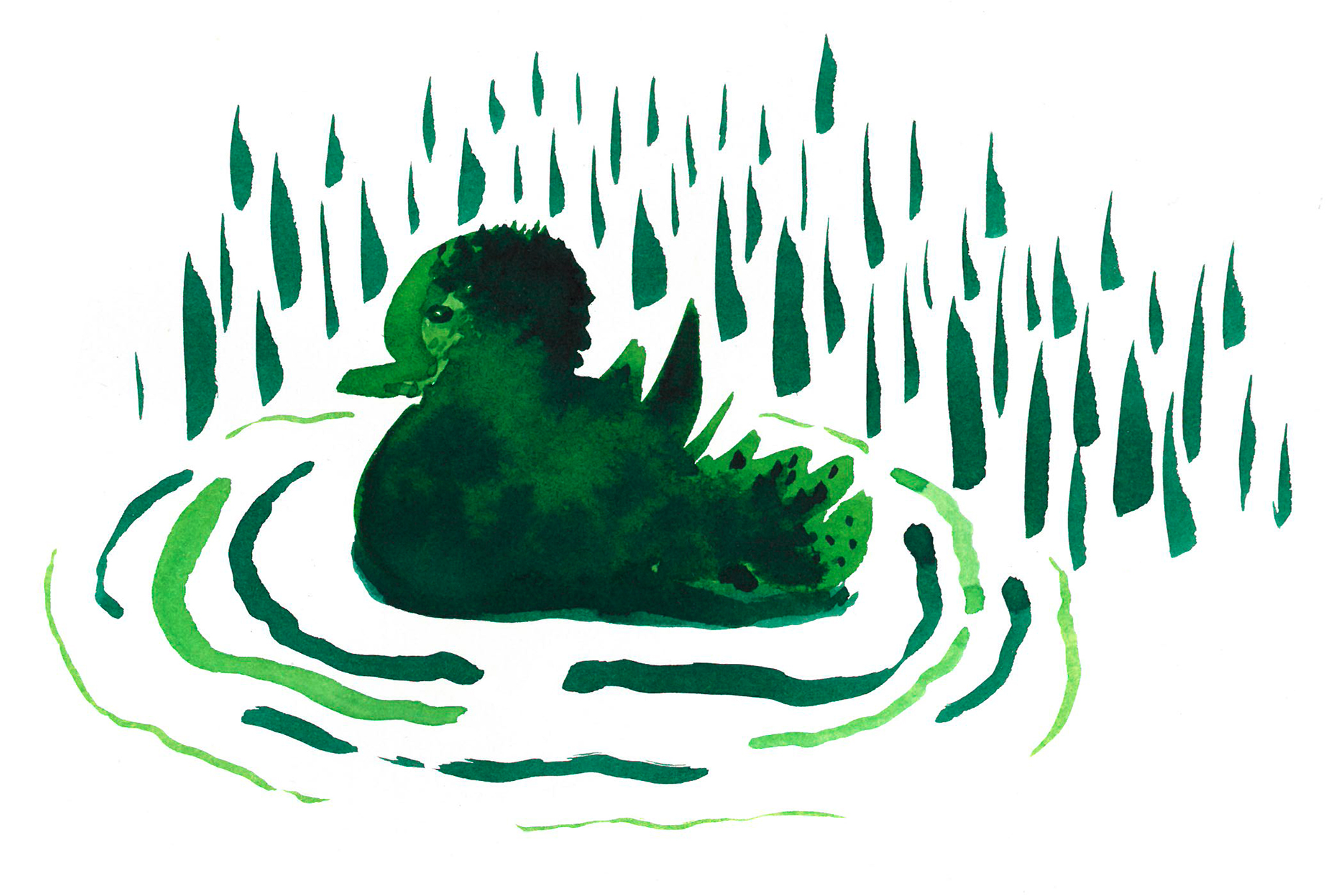 This isn’t a new concept though. Humans have been sustainably exploiting nature for millennia. But with the growing spectre of climate change, the idea has recently grown more popular as a way to help tackle the threat. With this, there’s also been an increase in projects being falsely labelled as nature-based solutions. The term can be misused in greenwashing, and this is something to be wary of. But that’s vastly overshadowed by the number of real nature-based solutions that are currently unfolding around the world, in environments as diverse as coral reefs, forests and sprawling cities. Here are just a few. 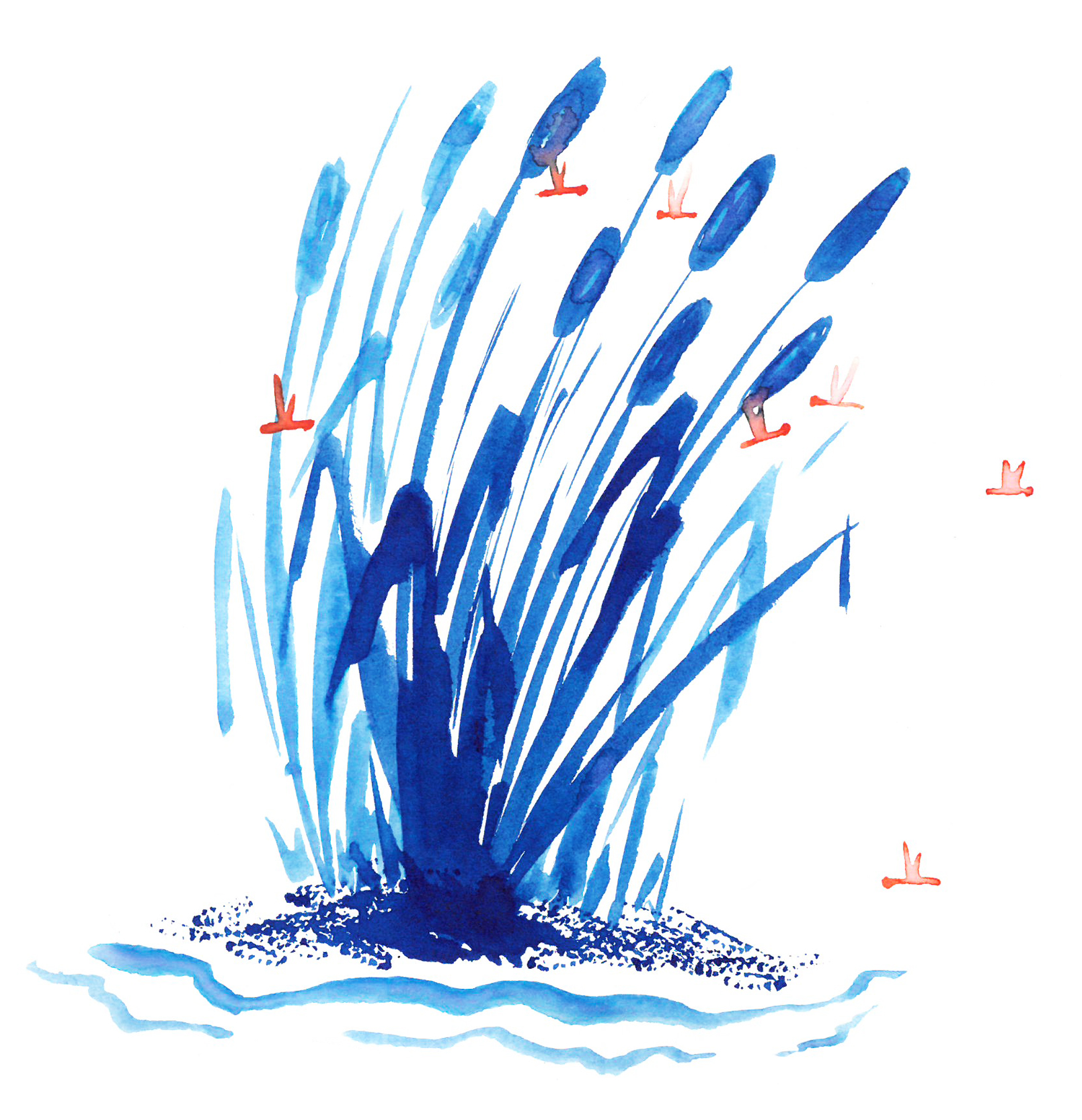 When it comes to ecosystem services, wetlands are all-rounders. They sequester carbon, harbour a diversity of species and absorb floodwaters. Another, oft-overlooked benefit is water purification. Outside the Indian city of Kolkata, a conservation project has tapped into the value of the surrounding wetlands as a natural filtration system for the sprawling city’s waste. Sewage and other effluent that gets funnelled into this water body is consumed as nutrients by the wetland’s multitude of plants and microbes, removing bacteria in the process. That partially treated water is then used to farm fish in nearby ponds, and to irrigate fruit and vegetables in paddy fields. The wetland treats a large portion of the city’s waste, and also provides a livelihood for over 50,000 people and food to millions. Yet these enormous benefits rely on shielding the ecosystem from development.

Coral reefs are some of the most biodiverse ecosystems on the planet, creating habitat for over 4,000 fish species that in turn provide food for millions of people. Reefs also absorb up to 97% of wave energy, dissipating storm surges before they hit land. Yet coral is under threat from habitat destruction, together with warming oceans, which causes coral to bleach and ultimately die. 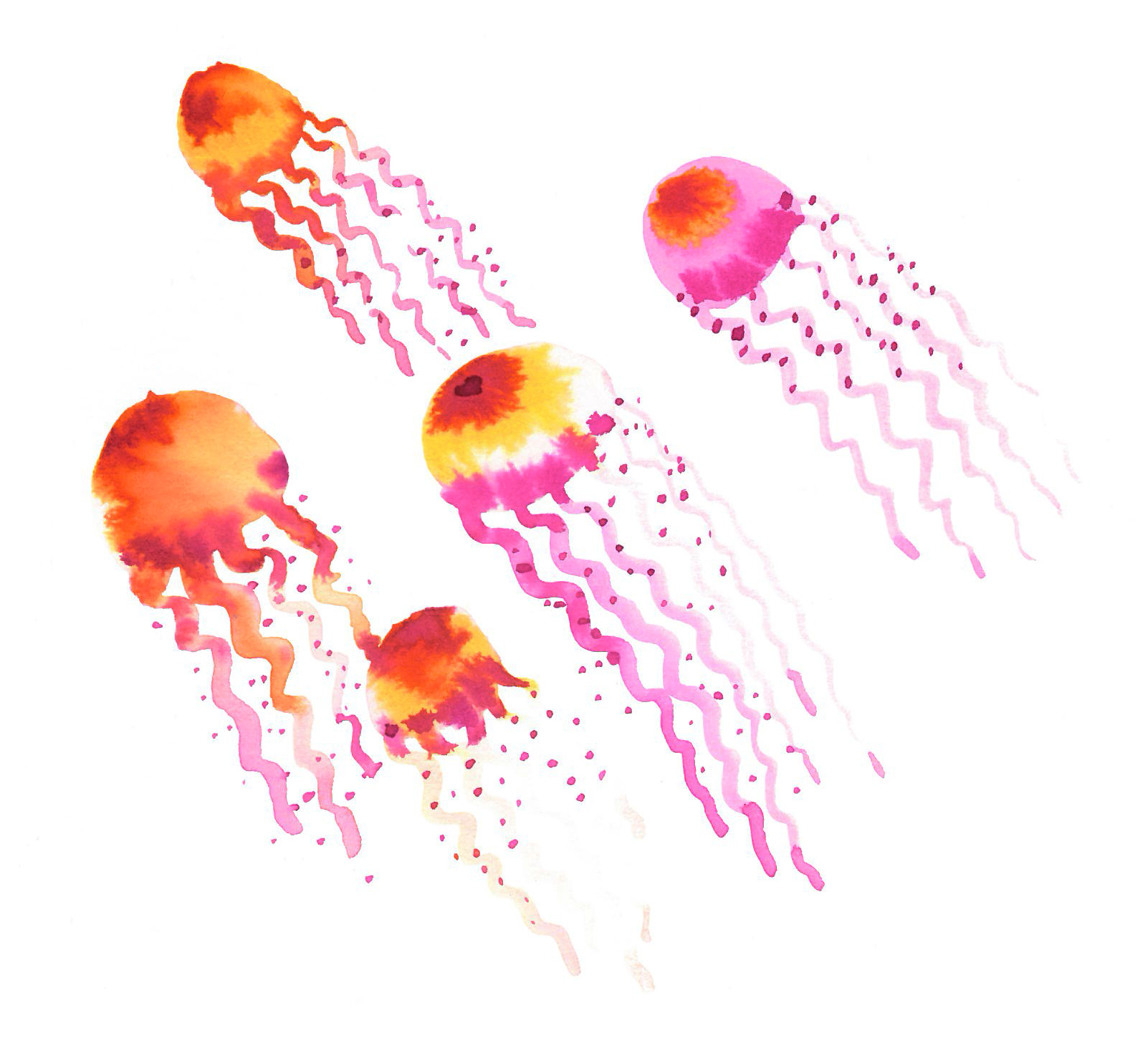 In the US state of Florida, researchers are exploring one potentially global solution: they’re harvesting thousands of pieces of resilient, fast-growing coral species, raising them in nurseries and then planting these infant coral back out on the ocean floor to restore 280,000 square metres of degraded reefs.

If the coral grows and spreads as planned, they’ll draw fish back to the region, boost fisheries and income and bolster coastlines against severe weather again – a smart fusion of ecosystem regeneration and human benefits.

Trees provide a suite of powerful environmental protections. They mitigate climate change by sequestering carbon, they reduce soil erosion and run-off, and they decrease the likelihood of landslides and dust storms. Forests also help soil retain water and reduce drought risk, they’re safe harbours for biodiversity, and they can even clean urban air by absorbing air pollution. 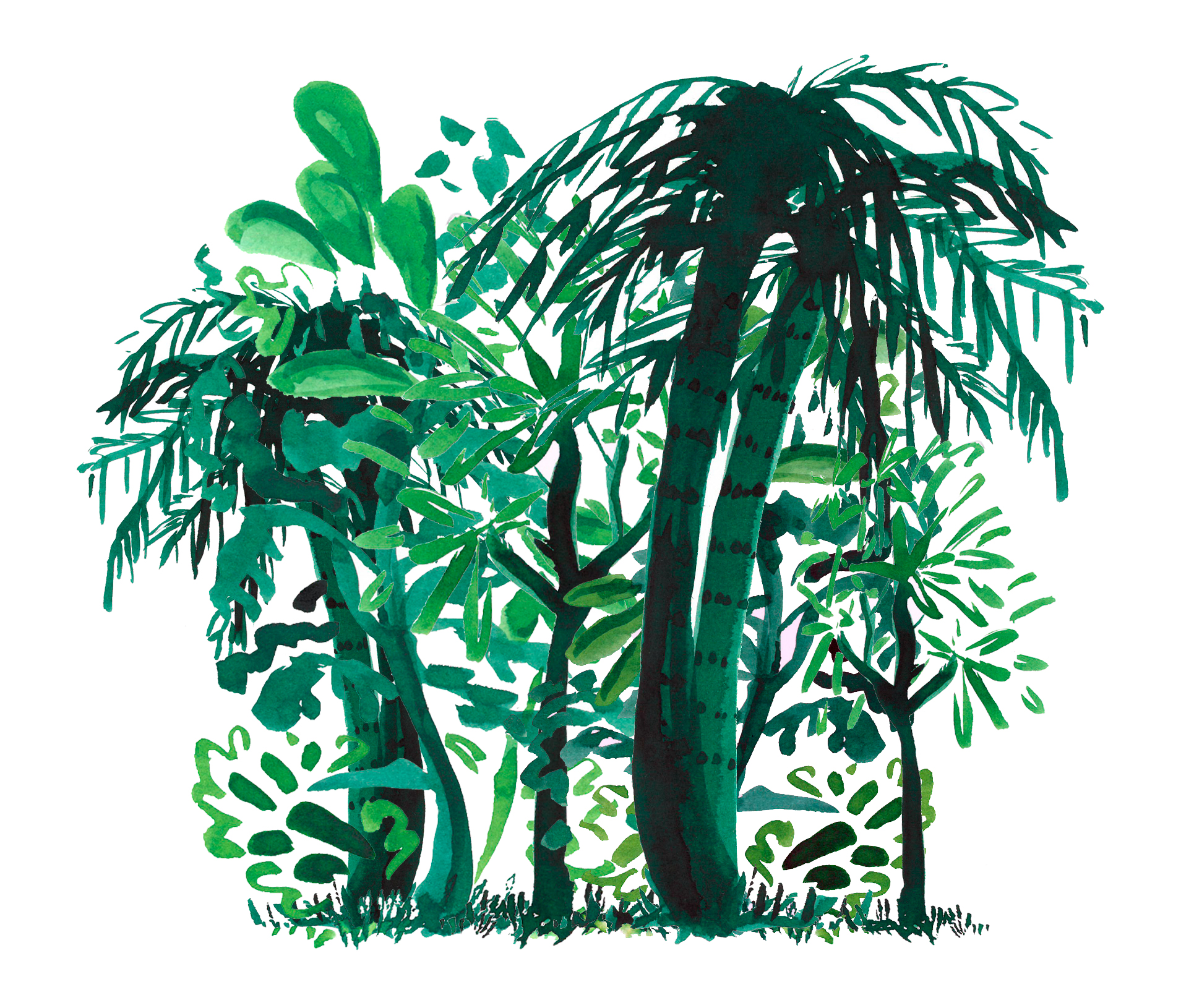 Across the globe, people are trying to leverage the power of trees through reforestation and afforestation: the former involves replanting trees in areas where forest has been degraded or destroyed, while afforestation involves planting where they didn’t exist before. 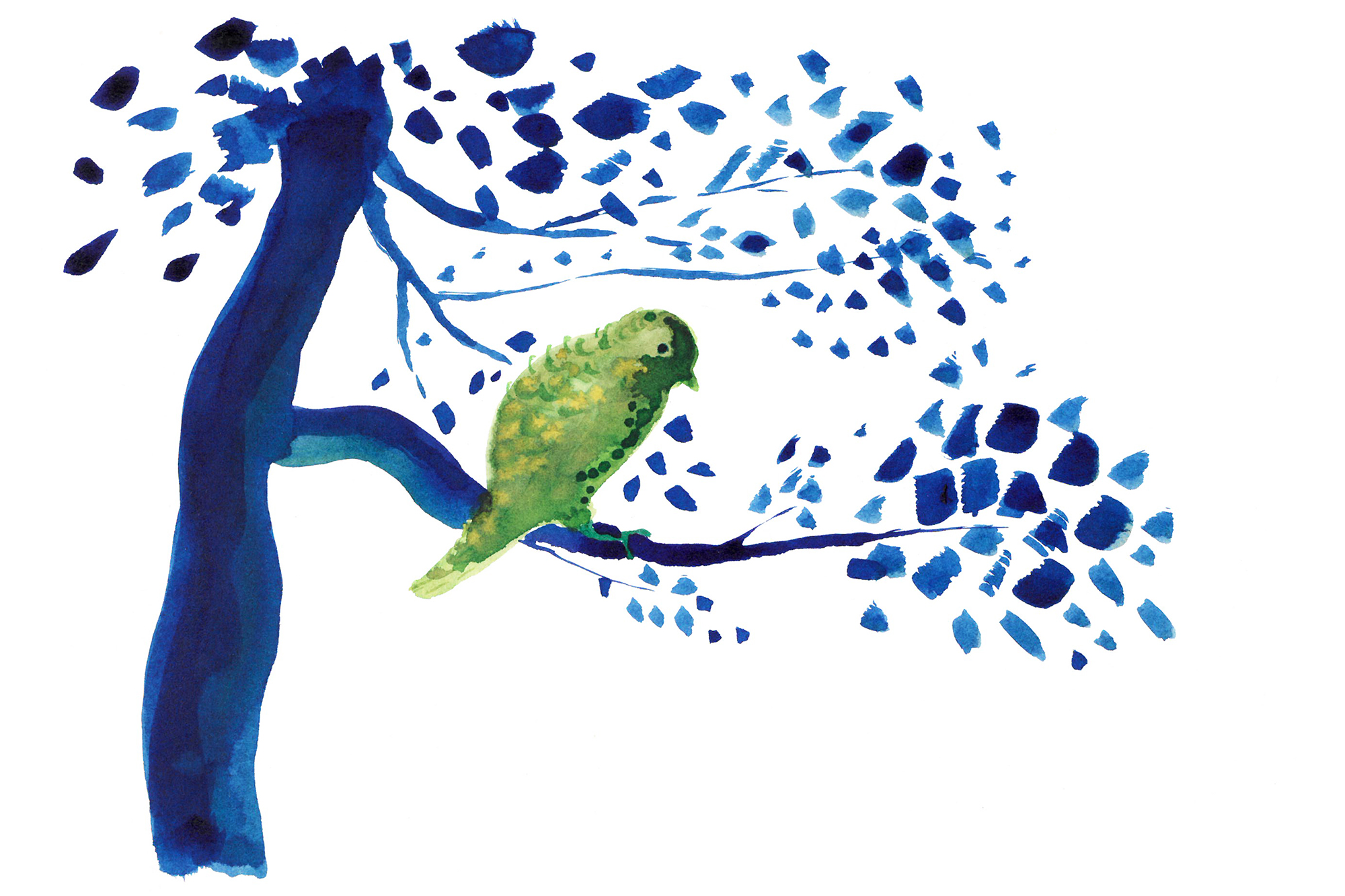 For instance, in the Peruvian Amazon several reforestation projects are unfolding to replace tracts of forest destroyed mainly by commercial logging and mining. Meanwhile, in Pakistan a huge project is underway to plant a new swathe of 10 billion trees in the country’s mountainous regions, which is shoring up formerly degraded riverbanks against erosion whilst simultaneously creating thousands of new green jobs.

China has been afforesting for decades. One project in Shandong province launched in 2010 has measurably boosted regional biodiversity, improved water retention in the soil and reduced soil erosion to boost farmers’ incomes.

Nature-based solutions aren’t confined to the natural environment. They occur in cities too, where they can help solve persistent problems such as urban flooding. Cities are densely packed with impervious surfaces like concrete, brick and steel that leave water with nowhere to go, causing it to accumulate and triggering floods. 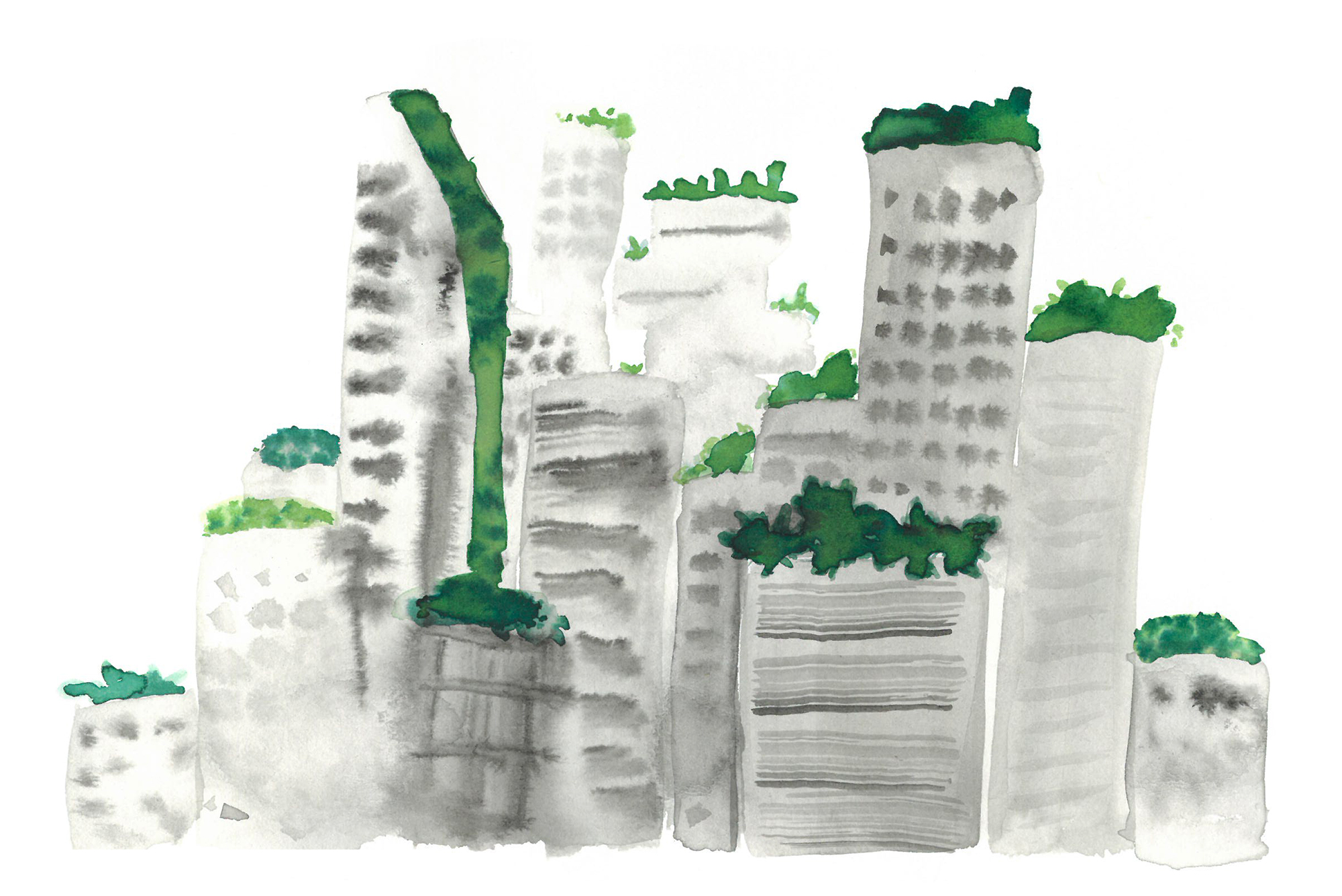 But urban landscapes can be retrofitted with features that mimic the sponge-like qualities of soils, forests and natural water bodies. In the city of Wuhan, China – where the Covid-19 pandemic began – citizens have, in the past, fallen victim to severe flooding. So to reduce this risk, urban designers have built an expansive central park engineered out of artificial wetlands and ponds, grasslands and permeable pavements. These capture excess water when it rains, then funnel it into underground reservoirs that release it back into the environment slowly, once water levels subside. Wuhan is now one of 30 “sponge cities” in China that are making urban areas more flood-resilient, protecting citizens and creating new wildlife habitat.

Mangrove forests fringe the coastlines of over 100 countries and are ideal candidates for nature-based solutions. Adapted to grow in salty, waterlogged soils, their intricate root systems provide a safe breeding habitat for marine species, which boosts fisheries and provides food and income for local communities. Their roots also stabilise soils, preventing coastal erosion and shielding people from storms. 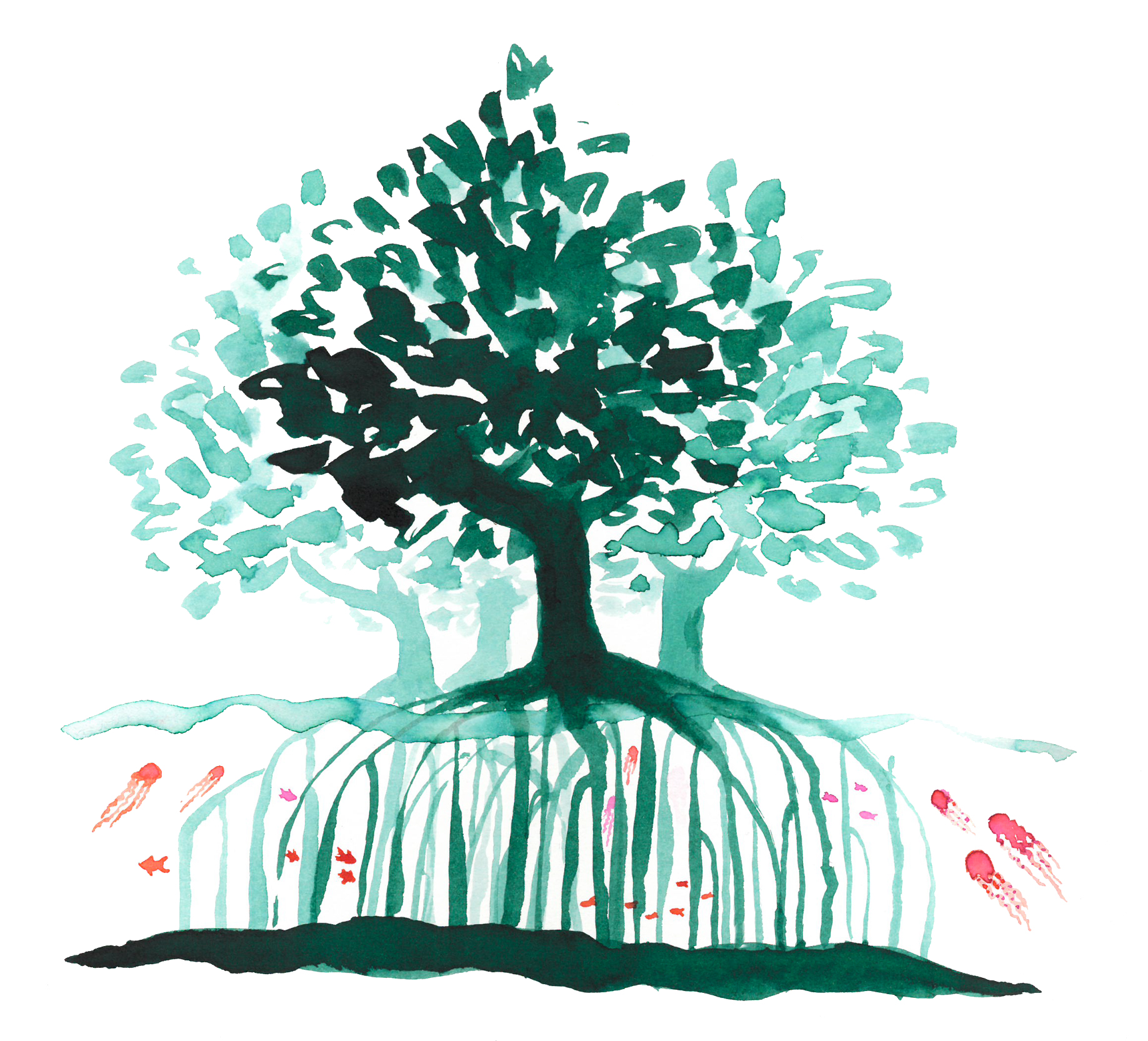 What’s more, mangrove forests are deep carbon sinks. In Kenya, a coastal community is leading a project to protect 107 hectares and plant 10 new hectares of mangrove, in the process locking away 3,000 tonnes of carbon into the soil each year. It’s the first community-based project in the world to successfully sell carbon credits to companies to offset their emissions. While conserving a vital ecosystem, it’s generating profits for 5,400 people in the surrounding community, some of which is being invested in local schools and clean drinking water projects.

Farming for the planet

Industrial agriculture is a large source of greenhouse gas emissions and pollution, partly due to the use of fertilisers and soil degradation. 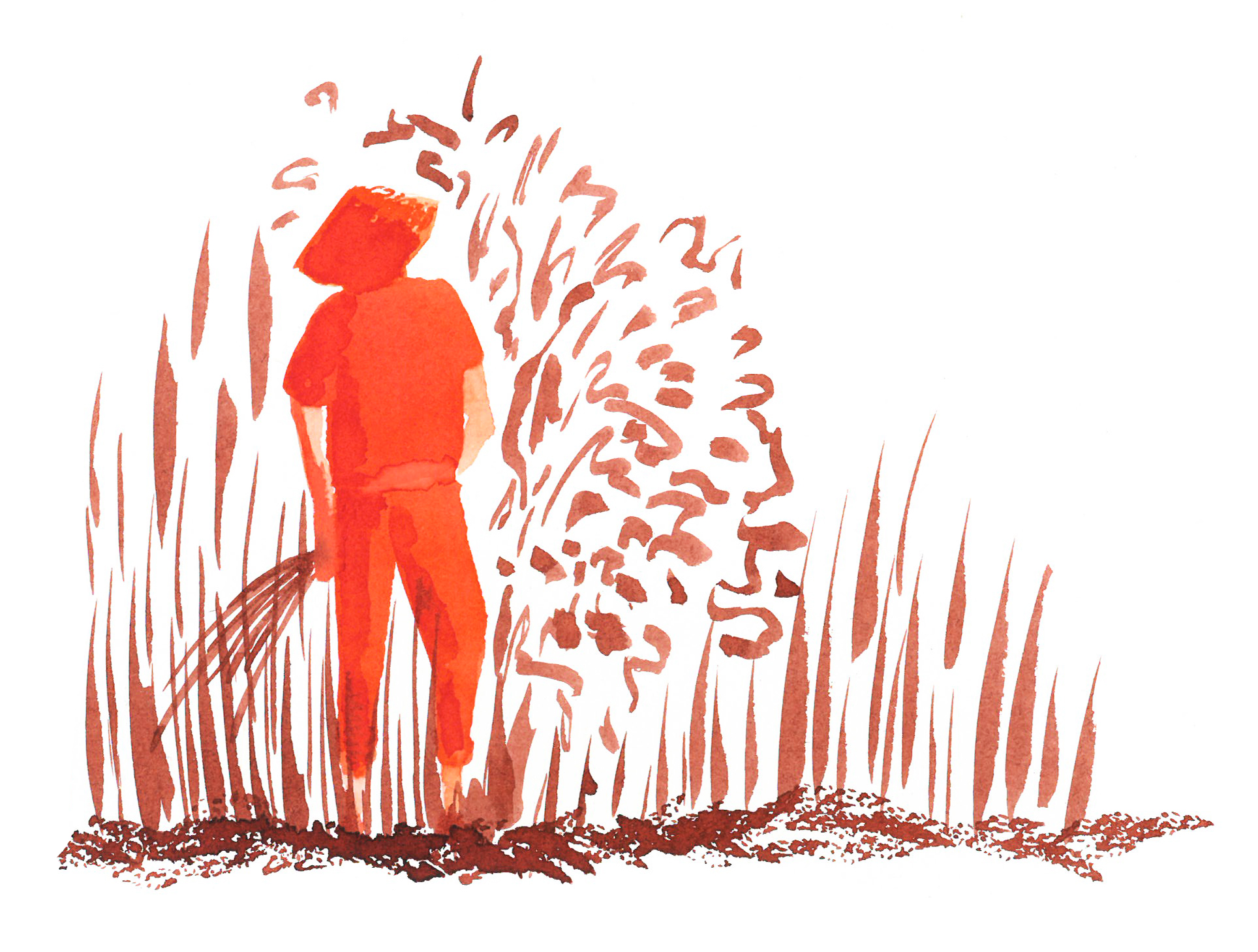 But farming can prioritise nature while still providing enough food for people to eat. In a research-led project, farmers across the Indian state of Andhra Pradesh are taking on a new nature-based approach known as zero-budget natural farming, which relies on low-cost, natural inputs instead of expensive, polluting chemicals to grow food. Farmers are replacing synthetic fertilisers with cow dung, saving them money and reducing their exposure to chemicals. They are also reducing soil tillage and planting ground-covering vegetation between crops, which enriches the soil – enhancing food production – and keeping carbon stored in the ground.

The aim of this project is for all of Andhra Pradesh’s 6 million farmers to be growing food this way by 2024. They won’t be the only beneficiaries: ecosystems will be less-polluted, and through carbon storage, natural farming could bring down the whole country’s agricultural emissions. 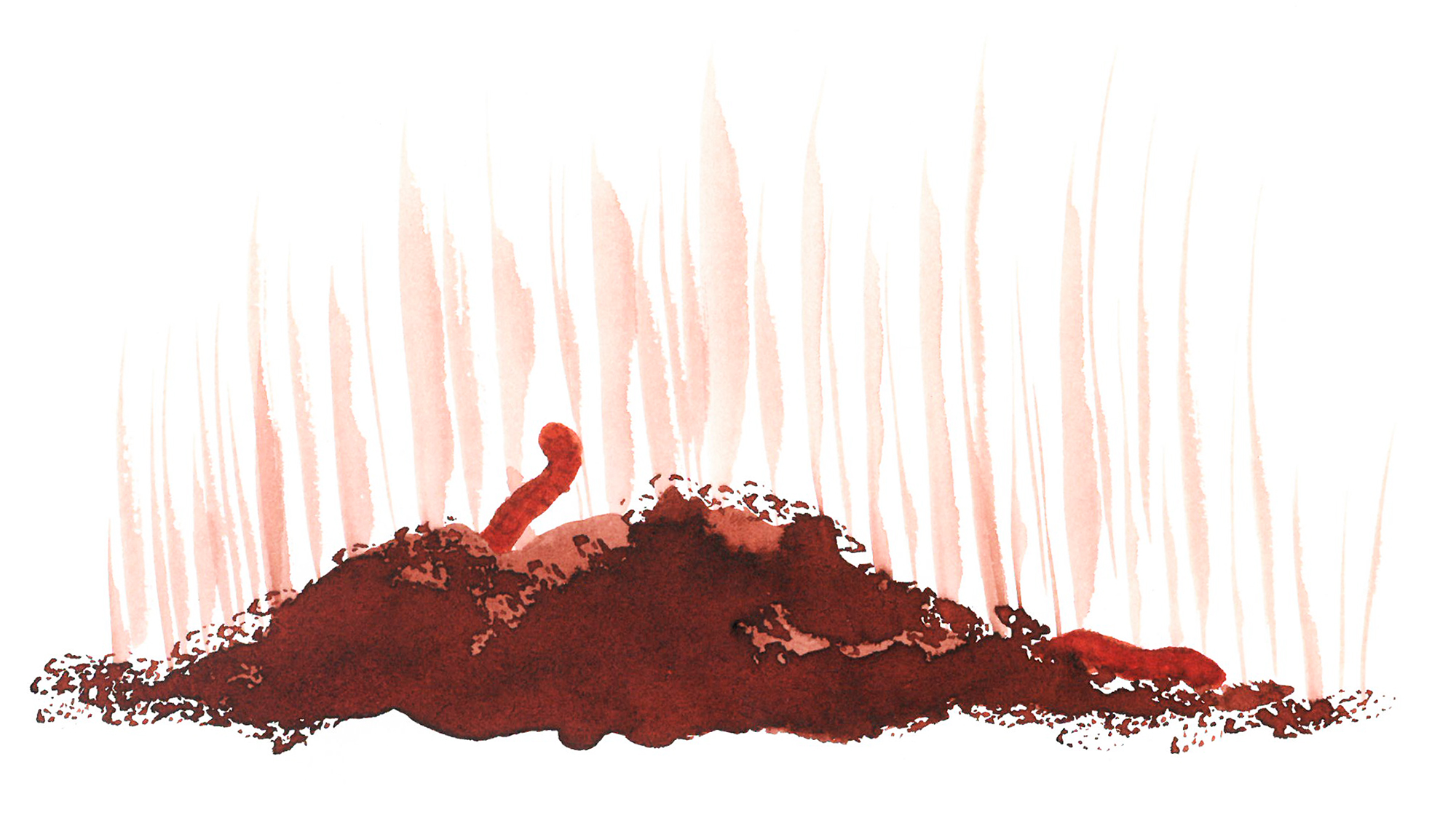 A solution for the future?

Despite the examples above, nature-based solutions aren’t perfect. Some experts are concerned that projects prioritise climate mitigation at the expense of other important goals, like protecting biodiversity. Yet many see these as challenges to overcome rather than obstacles to these approaches. It’s also true that, whether pursued on land or in the ocean, they do have huge potential to mitigate climate change, despite the fact that cutting emissions remains the most important action we need to take.

Ultimately, nature-based solutions intertwine the fate of humanity inextricably with the protection of the environment. There’s unlikely to be any greater insurance for our planet. 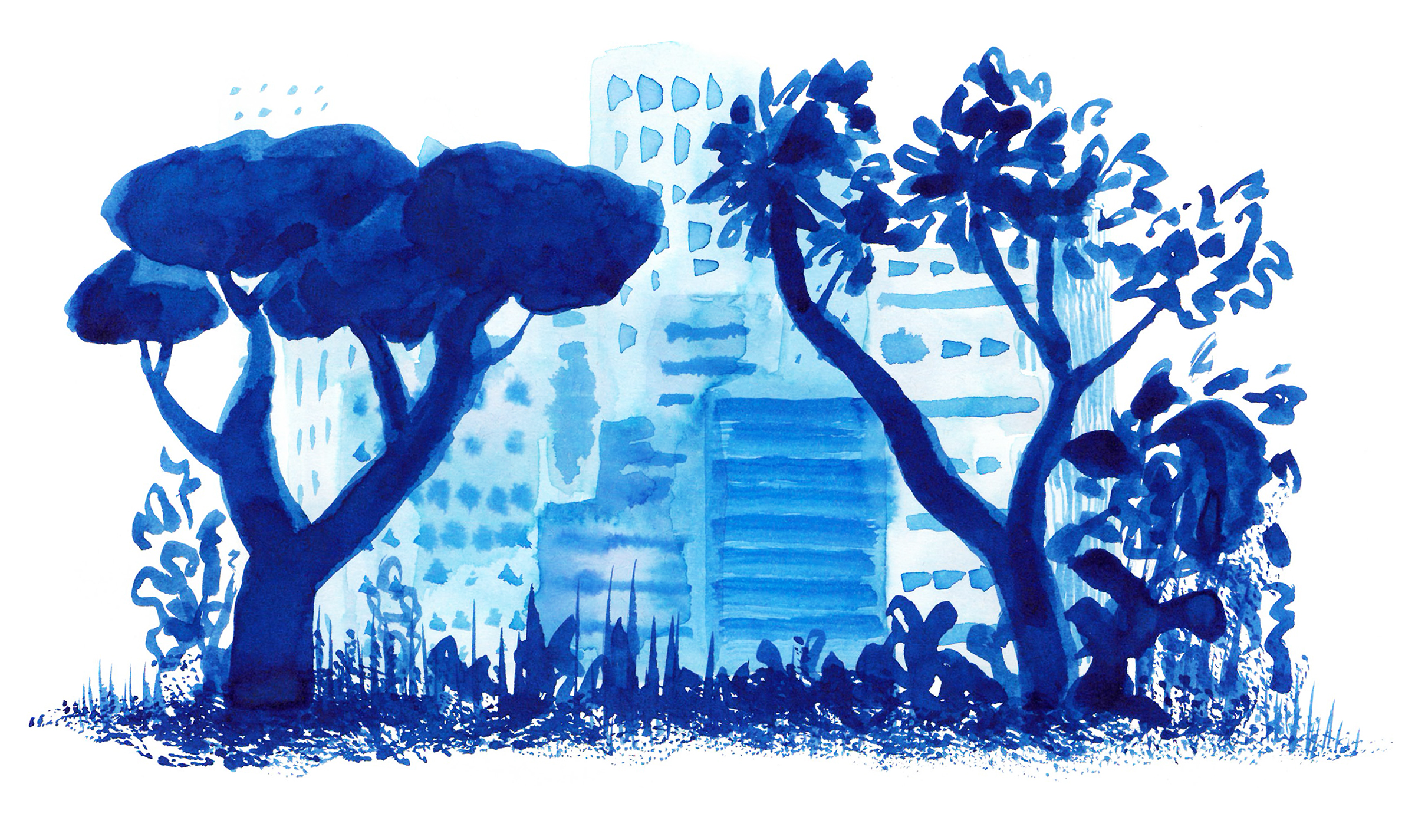 The anatomy of an oil palm