Just 50 metres from the Mekong, in the shadow of a discarded plastic cup, a lone chick sits camouflaged on the sand. It is a newly hatched small pratincole in Bueng Kan province, northeast Thailand.

“I recorded 15 nests on the beach, smaller numbers compared with previous years,” says Ratchaneekorn Buaroey, a member of the Bueng Kan Rak Nok conservation group, who observed the chick in February​. “I have serious concerns about the declining numbers of [small pratincoles and little ringed plovers].” 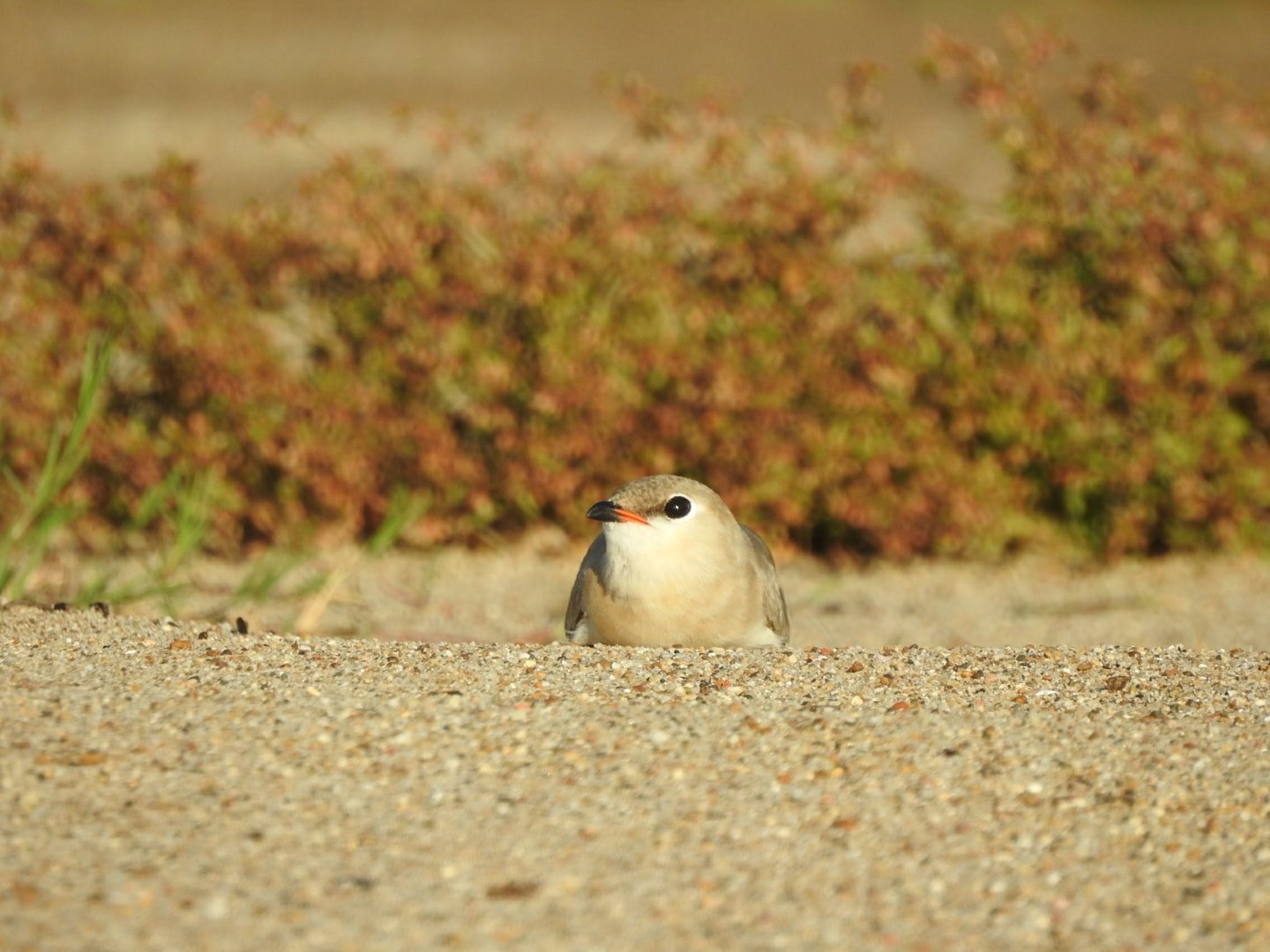 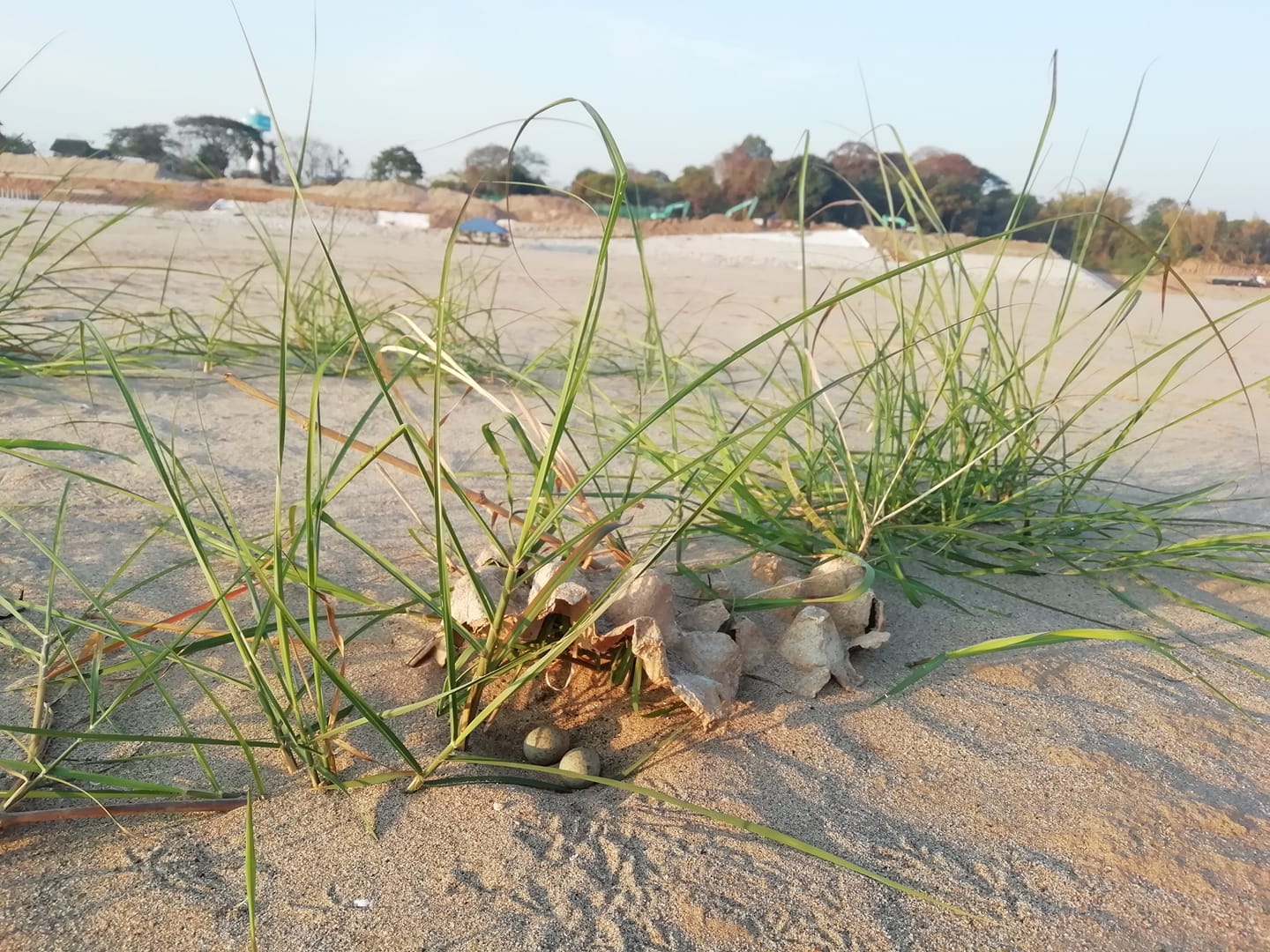 Small pratincoles lay their eggs on the sand on the Mekong banks during the dry season (Image: Bueng Kan Rak Nok)

Small pratincoles (Glareola lactea) mate for life and, like other vulnerable birds on the Mekong, lay their eggs in the sands of the October–May dry season. In recent years, hydropower dams have contributed to unseasonable water levels. In the dry season this has included both abnormally low water levels and flooding, says Ratchaneekorn.

She and her husband, Noppadol​ Buaroey, have been monitoring the birdlife of Bueng Kan for 12 years, noting the eggs of beach-nesting birds on the banks of the Mekong.

In 2018, nests holding 21 bird eggs were flooded, more than half the active eggs Bueng Kan Rak Nok recorded in the area. The same has not happened this year, as the 2021 dry season has been very dry, says Ratchaneekorn. 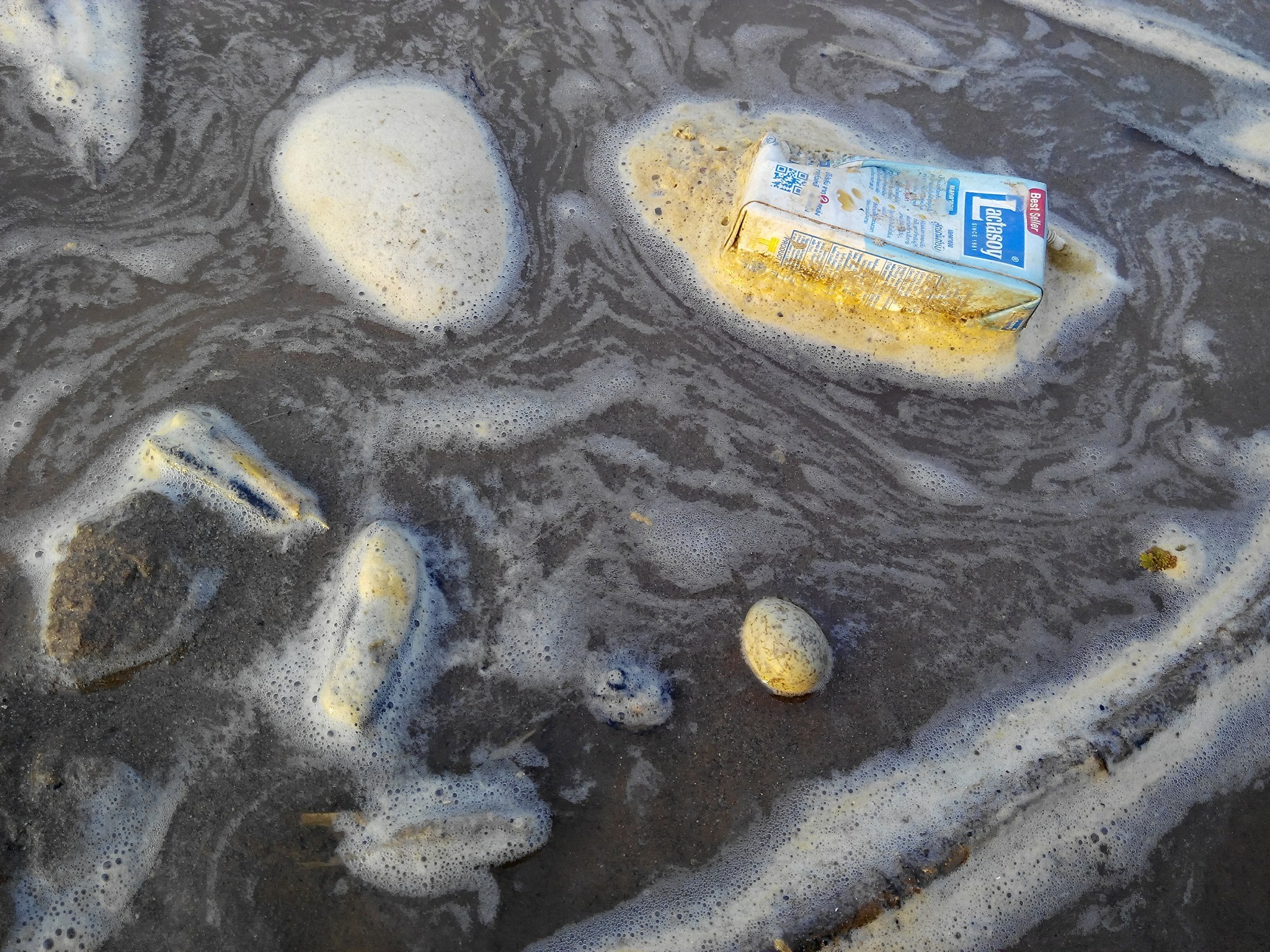 “These birds require several months of low water to incubate their eggs and rear their chicks. With the unseasonal water levels, the nests are unpredictably flooded,” says Ayuwat Jearwattanakanok from the Bird Conservation Society of Thailand. “The river needs to be dry during the right season, and flooded during the right season. Otherwise, species that have relied on such seasonal rhythms for centuries will gradually go extinct.”

There are 12 operational mainstream Mekong dams upstream of Bueng Kan, 11 in China and one in Laos, and more mainstream dams are in various stages of planning and development in Laos.

“Sudden releases of water from Chinese dams during the dry season have rendered the Mekong almost unrecognisable from the river it once was,” says Phil Round, regional representative of the Wetland Trust and research associate at Michigan State University Museum. “Many eggs and small, still flightless young are washed out and destroyed.”

The 2021 dry season has been unpredictable, largely driven by the maintenance and testing of China’s Jinghong dam site close to the Thai and Laos borders.

According to data from the Stimson Center, a Washington DC-based think-tank, levels below the Jinghong have been spiking up and down since December because of hydropeaking operations. This is when turbines are shut off overnight, restricting water release until demand spikes the next day. Brian Eyler of the Stimson Center says the Jinghong hydropower plant is responding to local energy demand in Yunnan’s Xishuangbanna prefecture.

The principal affected species along Thai stretches of the Mekong are small pratincoles, of which there may be fewer than 1,000 pairs, and river lapwings, with perhaps fewer than 100 pairs, Round says, adding that the little ringed plover and red-wattled lapwing are similarly affected. 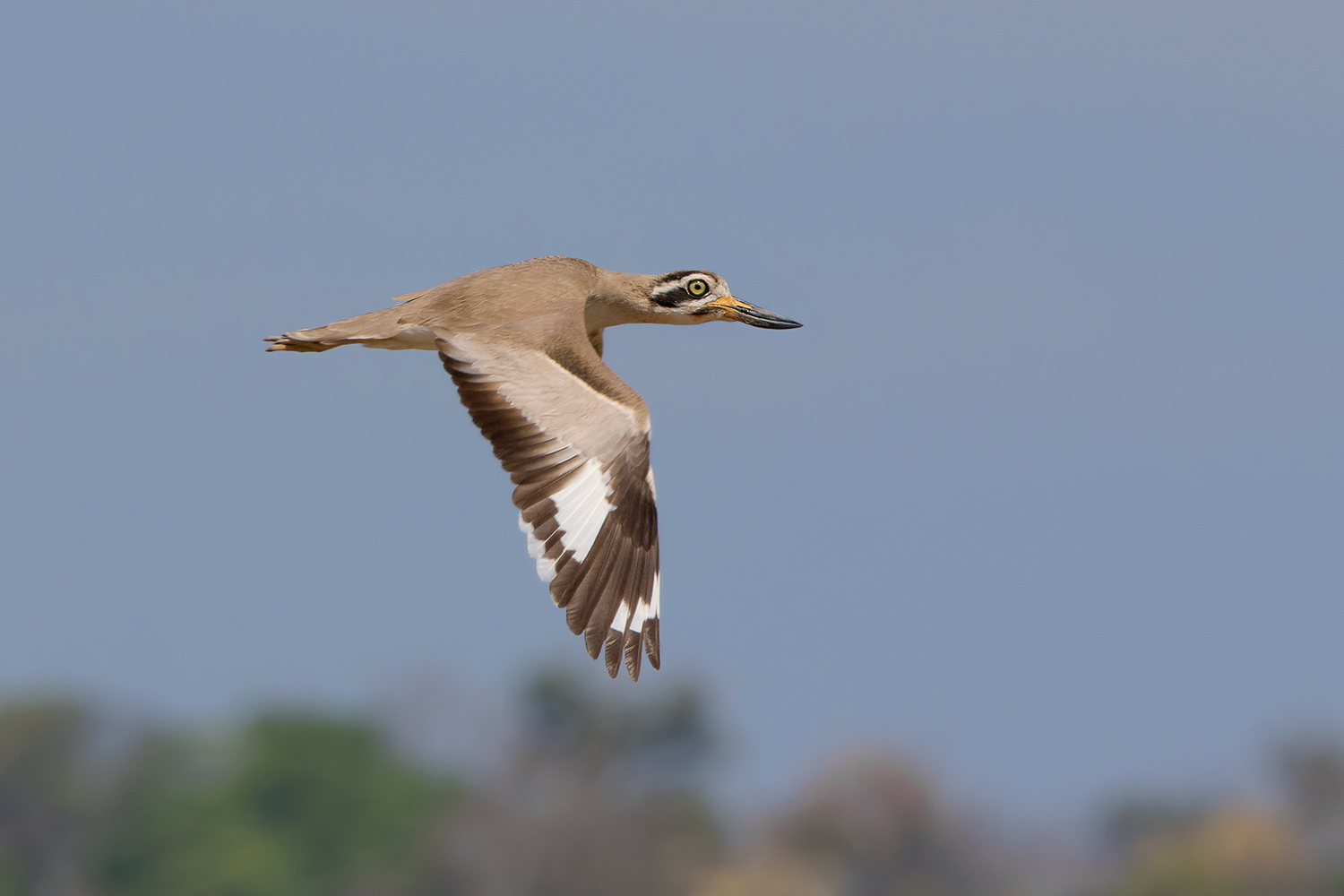 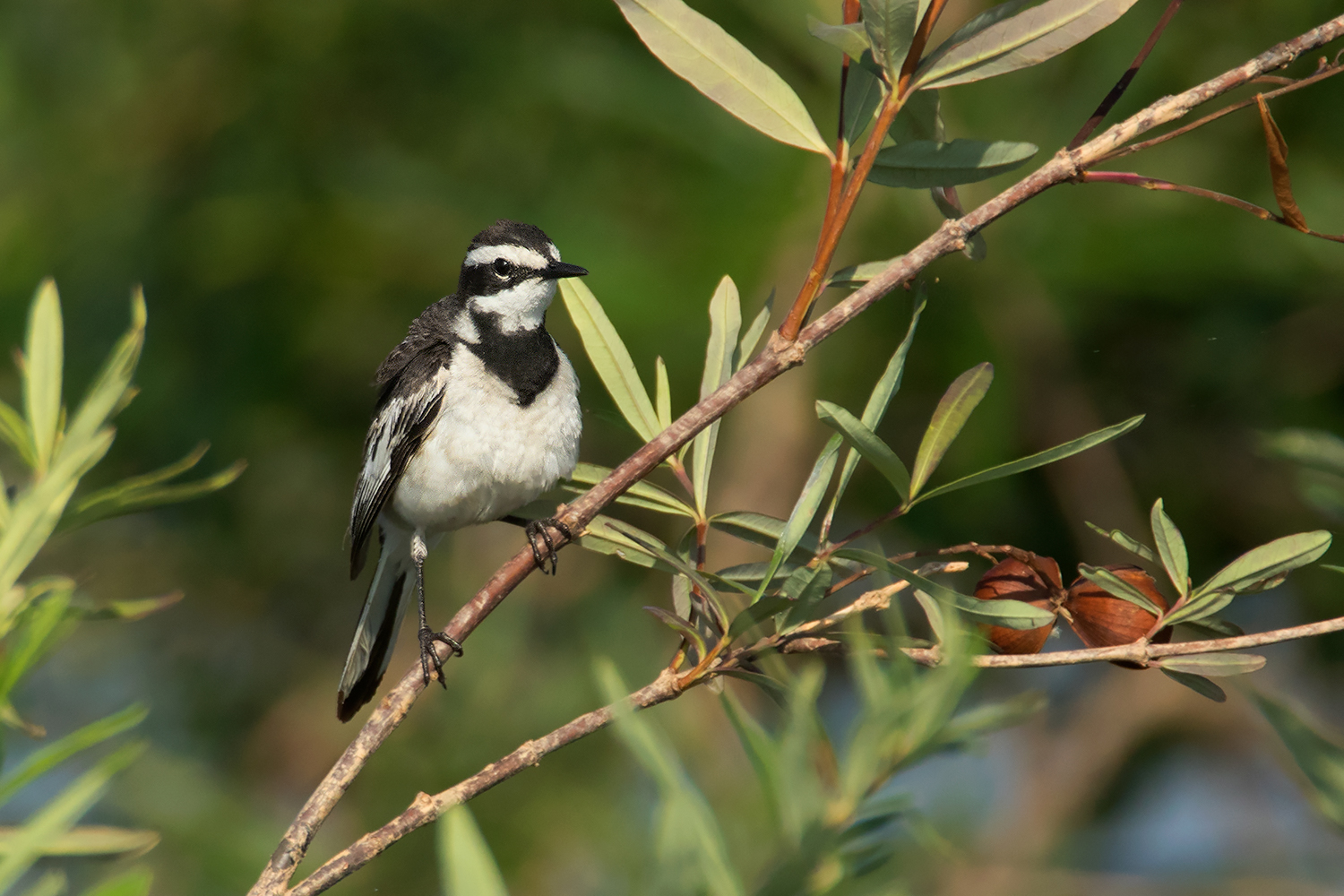 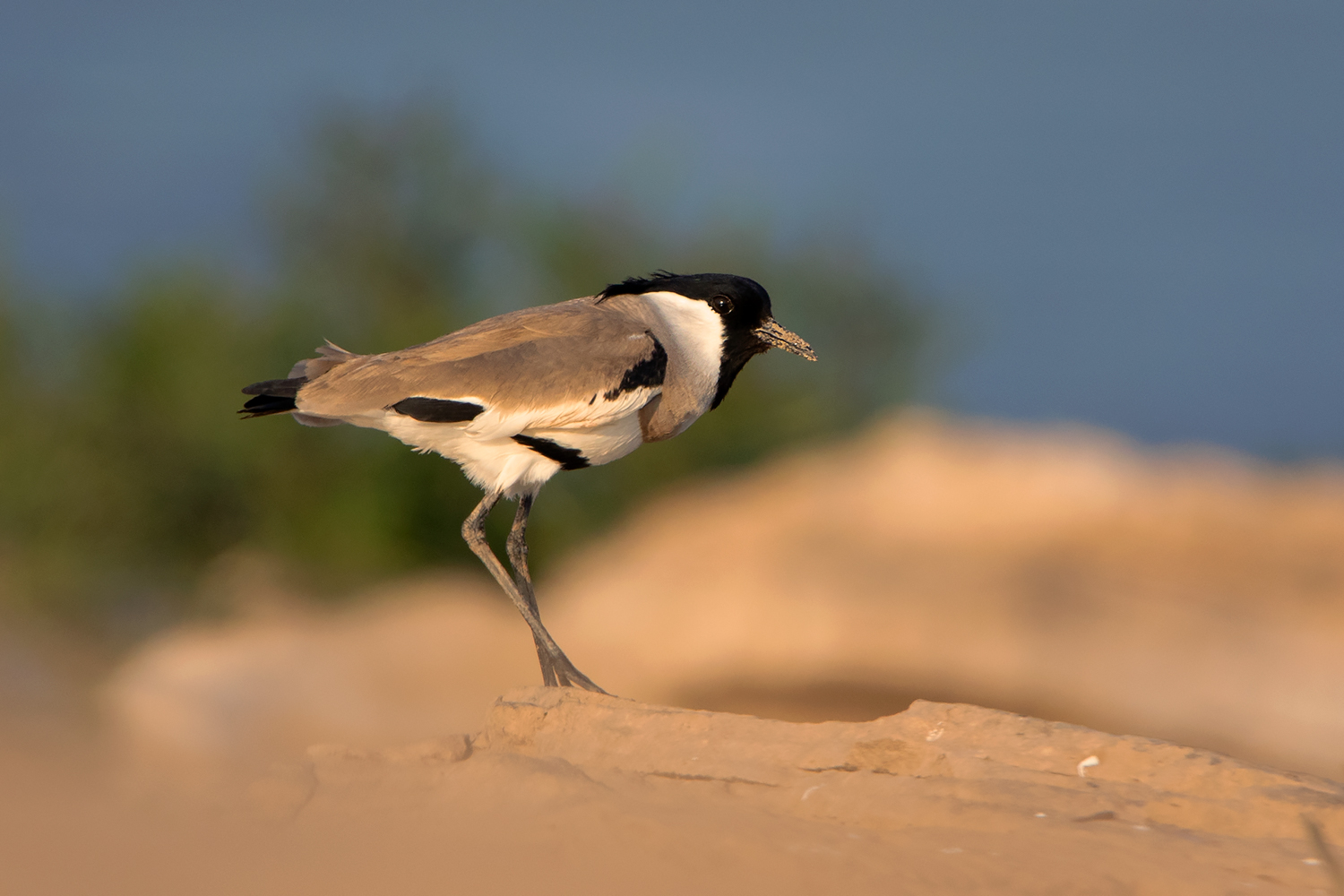 Downstream in the dark

“We actually need some proper structured studies of the impact of dams on birds so as to have a more precise idea of what is taking place,” Round says. “I am not aware that anybody is looking properly to assess the damage.”

The economic impacts of upstream dams – from the salinisation of the delta to the decline of Tonle Sap’s fisheries – are having drastic consequences for people along the Mekong, but large areas of the region lack reliable bird surveying, particularly in Cambodia.

One of the rarest Mekong birds is the river tern (Sterna aurantia), which has decreased in number by 80% in Cambodia in the past 20 years, according to the World Wide Fund for Nature (WWF). In February, WWF announced that the Mekong population of the river tern had doubled in five years despite disruptions to the river, aided by local conservation efforts. Despite this, river terns, as well as black-bellied terns, have already disappeared from the Thai and Laos stretches of the Mekong. 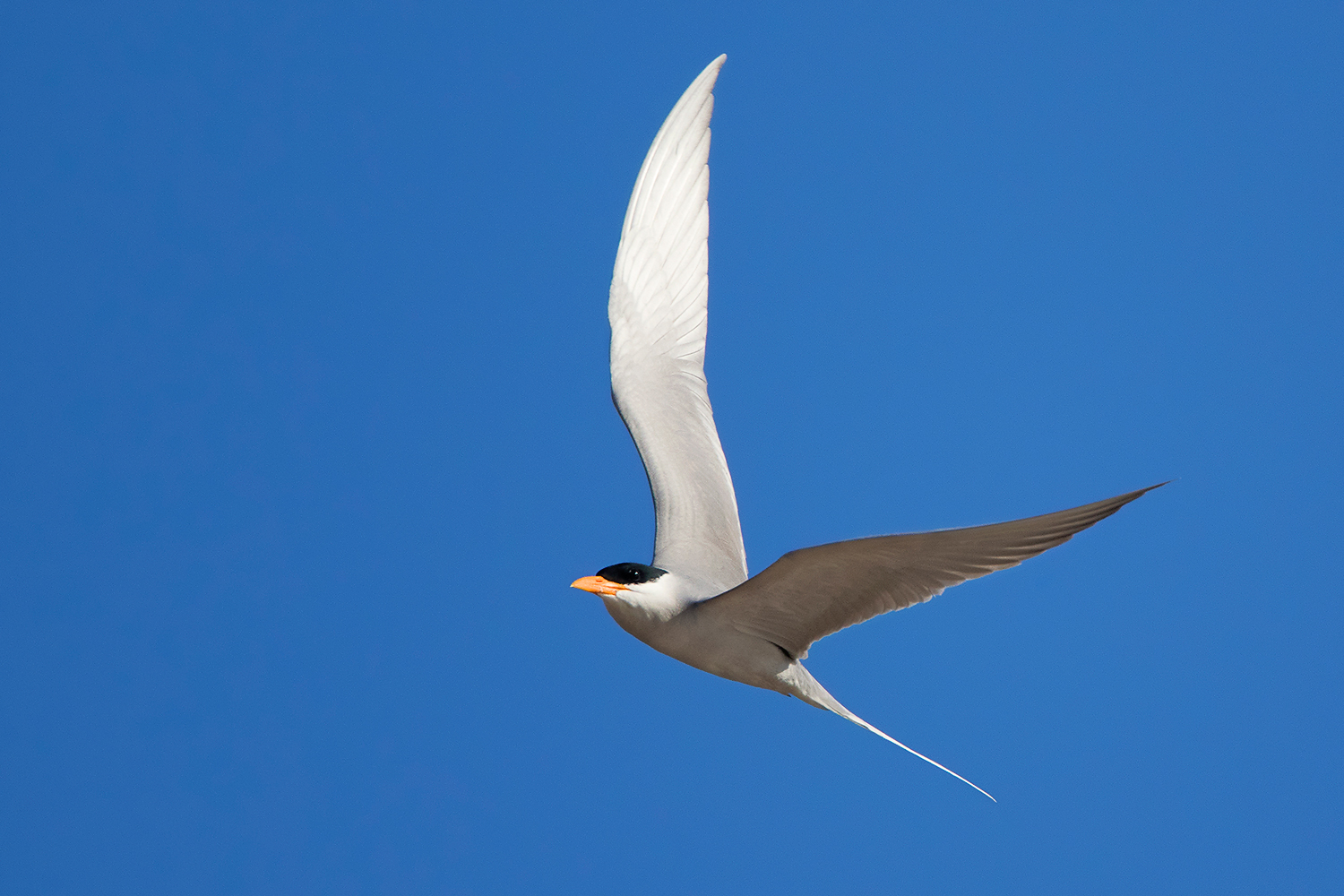 The river tern is one of the Mekong region’s rarest birds (Image: Ayuwat Jearwattanakanok)

“There are some stretches of the lower and mid Mekong that are not so well surveyed for birds in Cambodia’s northeast provinces and southern Lao People’s Democratic Republic, but likely of importance based on recent data,” says Dr Ding Li Yong, Flyways Coordinator for Asia at BirdLife International, adding that human encroachment has already endangered many species. “There are now very few stretches of undisturbed parts of the Mekong where these riparian birds occur in any number.”

Thailand and Cambodia are home to the Mekong’s only endemic bird species: the Mekong wagtail, which was not confirmed as a species until 2001. The Oriental Bird Club lists the Mekong wagtail’s chief threat as the construction of dams.

Data and the Golden Triangle

The Golden Triangle at Chiang Saen, where Thailand’s border meets with Myanmar and Laos, sits downstream of 11 of China’s hydropower dams on the Lancang (China’s section of the Mekong). The area is also upstream of the Thai-built Xayaburi dam. In northern Laos there are plans for dams at Pak Beng, Pak Lay, Luang Prabang, Sanakham and Pak Chom – all with varying levels of Chinese involvement in development and construction.

“The stretch between Chiang Saen and Chiang Khong in particular has changed drastically. The water level is unnaturally high during the dry season, reducing the exposed sandbars which used to be filled with small pratincoles and other birds,” says Ayuwat.

For Thailand’s conservationists, Chiang Saen’s section of the river has long been a point of contention with China, exacerbated by long-term plans to blast stretches of the river to increase navigability.

Chiang Saen is also the location of the Mekong’s uppermost near-real-time monitoring station outside of China, the vanguard for determining the water levels from China’s upstream dams. Data from this gauge feeds into the Stimson Center’s Mekong Dam Monitor, which uses a combination of satellite data and water and weather monitoring.

Combined with China’s Lancang-Mekong data portal, predictions for sudden rises or falls downstream are accurate within a few centimetres. However, prediction is so far of little value to bird conservationists.

“[Predictive data] wouldn’t be helpful if we can’t negotiate with those who are in control of the water flow. The key to reducing environmental impacts on both birds and other animals is to let the Mekong River run naturally,” says Ayuwat. Birds like the small pratincole lay eggs that hatch in around two to three weeks and remain flightless for weeks after, so any water on the banks during that time will destroy the nests.

Birdwatchers congregate in Chiang Saen at the Nong Bong Kai Non-Hunting Area in the winter months to see harriers roost. Eight kilometres away stands the gaudy Kings Romans Casino in Laos, a monument to Chinese financial and cultural influence in the country. Dams financed by China face little resistance in Laos, and Thailand and other riparian countries contend via the Mekong River Commission (MRC), an entirely advisory body.

“The government should create platforms for downstream civil societies to participate or negotiate with China,” says Teerapong Pomun, director of the Mekong Community Institute (MCI) and Living River Siam Association (LRSA). “We cannot let just the government or MRC do it because they have limitations and agendas. Civil society is an important factor to balance the power and fill the gaps.” 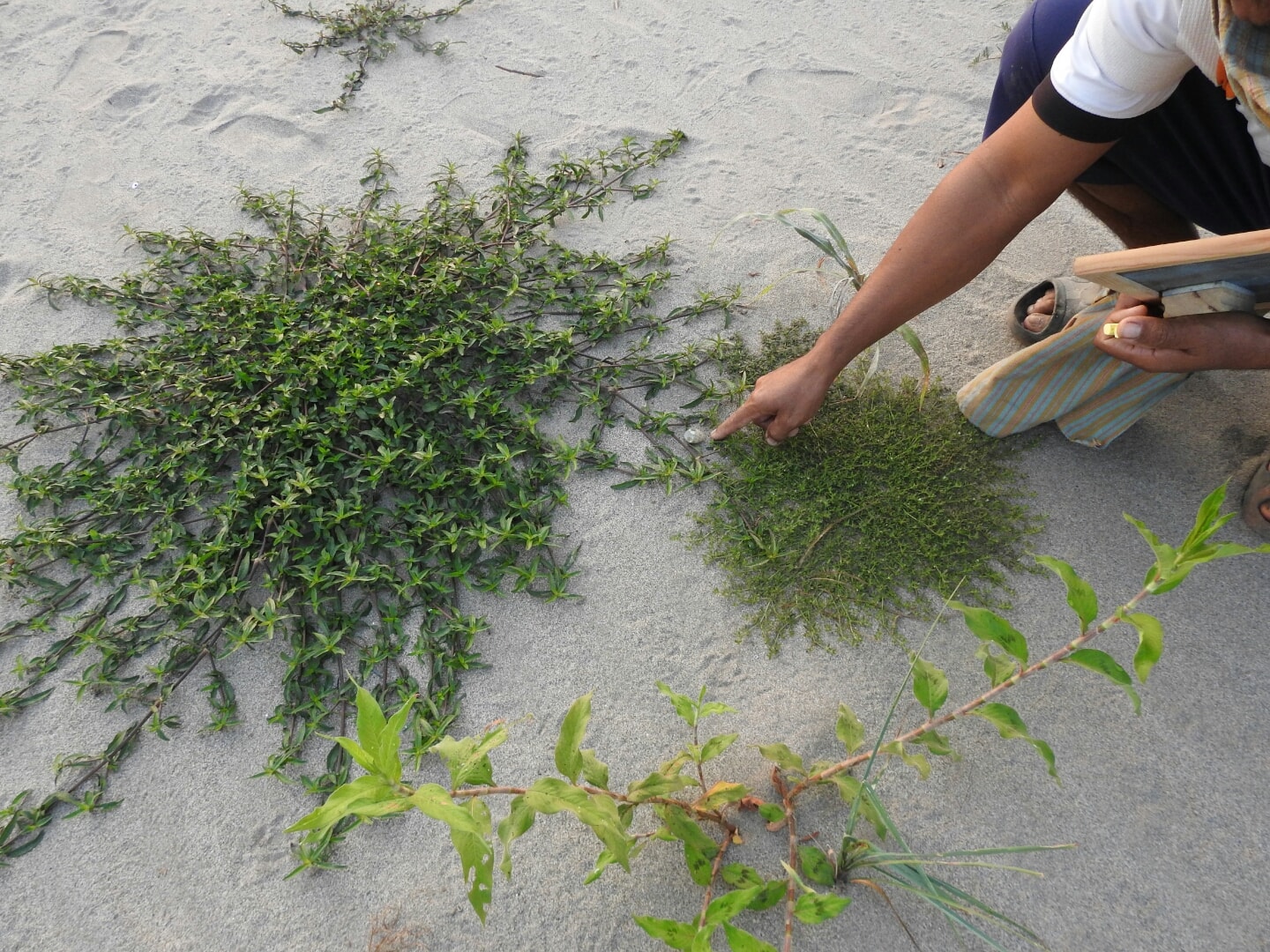 One of the most pressing dams for Thai conservationists is Sanakham in Laos, just two kilometres from the border with Thailand. Laos plans to sell the power generated to Thailand, so the kingdom finds itself in an uncommon position of being able to stop its construction by refusing to sign a power purchase agreement.

Two hundred kilometres away from where the Sanakham dam is planned, Ratchaneekorn and Noppadol Buaroey count little ringed plovers and small pratincoles by marking their nests and noting their eggs. “I have been monitoring the Mekong’s birds for 12 years,” says Ratchaneekorn. “And I’ll continue to work to raise awareness of the ecological impacts from the Mekong mainstream hydropower dams.”

This article was originally published on our sister site The Third Pole.

Did China turn off the lower Mekong? Why data matters for cooperation

Sustaining the heartbeat of the Mekong Basin