Is China getting cold feet about dam-building in Africa? Are environmental concerns beginning to constrain the country’s push to build big infrastructure projects across the continent? Put another way: is the Belt and Road Initiative getting a green makeover? Such questions are being asked in the face of a continuing silence over construction of a dam that environmentalists warn would wreck the downstream ecology of West Africa’s longest river, the Niger.

The government of Guinea announced more than three years ago that the Fomi dam project was ready for construction to begin in the river’s headwaters, thanks to Chinese money and expertise. But since then, ground operations have ceased and there has been political silence. Activists who have followed the project say that ecological concerns may be staying the hand of the Chinese engineers and financiers.

This follows a growing chorus of concern that the dam, coupled with irrigation projects downstream that it will enable, would partially dry up the Inner Niger delta downstream in neighbouring Mali, putting at risk one of the world’s greatest and most productive desert wetlands, a green oasis the size of Belgium on the fringes of the Sahara.

By hobbling the livelihoods of some two million farmers, fishers and herders on the delta, the abstraction of water for the irrigation project would also empty more mouths than it feeds. “The delta and its ecosystems are vital for food security in Mali, as well as the wider region,” says Karounga Keita the Mali-based Sahel director of the environmental NGO Wetlands International.

The long history of the Fomi dam

Plans for the Fomi dam go back a long way. The engineering potential of the dam site was first identified by French colonialists almost a century ago. More recently, a dam at Fomi has been high on a wish list of hydroelectric projects to help fulfil the ambition of successive governments in Guinea to turn the country into the hydroelectric hub of West Africa. Its electricity would be sent down power lines to supply Gambia, Guinea-Bissau, Senegal, Ivory Coast, Liberia, Sierra Leone and Mali.

Meanwhile, dam promoters at the Niger Basin Authority, an intergovernmental organisation, say the dam can help feed the region too. By holding back the river’s naturally erratic seasonal flow, and replacing it with a regular year-round supply of water through its turbines, the dam would allow a long-anticipated expansion of irrigation on the banks of the river downstream.

In particular, it would make possible a massive expansion of an existing area of irrigated farming in Mali. The area, known by the name of the government agency that administers it, the Office du Niger, is already the largest irrigated expanse in West Africa, growing mainly rice and sugar. The Mali government wants to take advantage of the year-round water supplies to triple the irrigated area to 4,600 square kilometres, and to grow two crops a year on many fields. 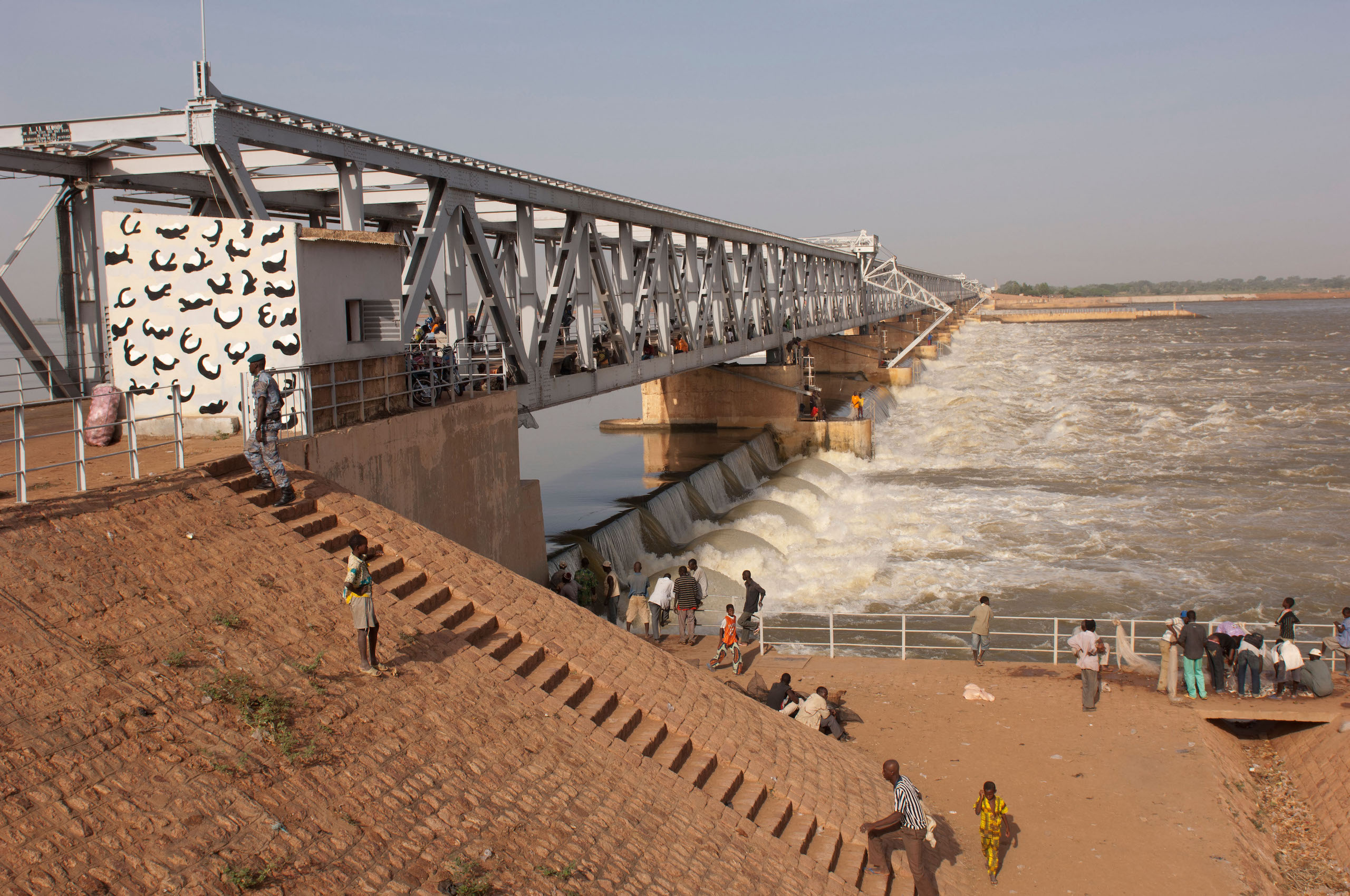 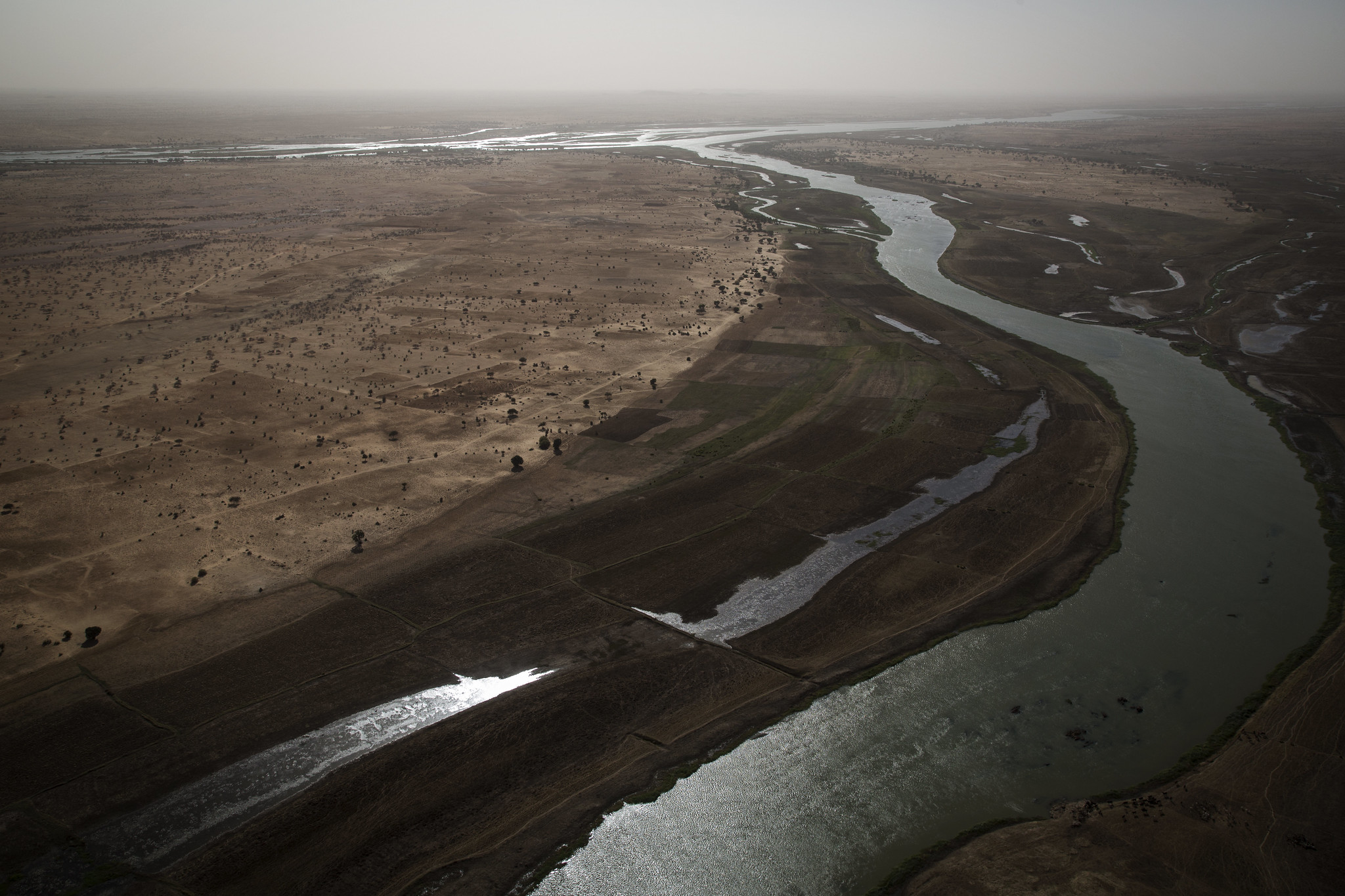 The problem is that the canals supplying the Office du Niger extract water from the River Niger just before the river spreads out across its floodplain to create the Inner Niger Delta. Hydrologists, ecologists and NGOs such as Wetlands International and the US-based International Rivers, have all warned in recent years that the combination of the dam and increased abstractions of water for irrigation would dry up hundreds of square kilometres of the delta, and eliminate the wet-season floods that sustain its rich and productive ecosystems.

The Mali government has yet to publicly address these concerns. Despite six years of work under the World Bank-funded Niger River Basin Management Project, there is still no published environment impact assessment of the dam or the irrigation plans, nor any blueprint for how river flow downstream of the dam would be managed.

A change of heart for Chinese investors?

China is a major investor in mines and infrastructure projects in Guinea. It is already building and designing other dams across the country. They include the Souapiti, Kaleta and Amaria dams on the west-flowing River Konkoure and the Koukoutamba dam on a tributary of the River Senegal. So it was no surprise when the Yellow River Engineering Consulting (YREC) emerged as the engineer of choice for the Fomi project, with proposed funding from the China Exim Bank.

In 2017, following completion of a feasibility study by the YREC, the government of President Alpha Conde announced that a deal to build the dam had been struck. Construction, it was reported, could begin by the end of 2017. But since then there has been silence.

The frequency of severe drought in Mali if the Fomi dam and irrigation works go ahead, up from every 50 years

“We hear from our contacts in Guinea that Fomi is on hold,” says Josh Klemm of International Rivers, who has followed the saga. “No financing has been secured.” The China Exim Bank, which has funded the country’s other dams in Guinea, appears to have got cold feet.

Klemm speculates that there could be growing concern at the bank about environmental push-back over the project. “The bank isn’t immune from controversy,” he says. “It has reportedly reconsidered financing of the Koukoutamba dam after the International Union for the Conservation of Nature and others highlighted impacts on critically endangered chimpanzees. My sense is that Fomi is not of sufficient strategic interest for China to invite controversy.”

Rival state promoters of dam-building on the continent appear to have the same sense that China may be losing interest. Including Egypt, which has been increasingly active in building controversial dams across Africa, notably the Julius Nyerere dam now under construction in Tanzania’s Selous Game Reserve. In December, it emerged that the Egyptian government had sent dam engineers to assess prospects of taking over the Fomi project. A follow-up meeting took place between the two countries in March.

Re-engineering of the Niger is still on the cards

Whatever the concerns of China, West African governments remain keen to proceed with the re-engineering. Mali sees expansion of irrigation in the Office du Niger as vital to increase food production for a country whose population grows by 3% a year. And since the collapse of the Gaddafi regime in Libya, which invested heavily in the Office du Niger and elsewhere in Mali, China has seemed to be a financial lifeline.

One of the largest existing irrigated agricultural activities in the Office du Niger is a joint project between the Mali government and the China Light Industrial Corporation that grows and refines 4,000 hectares of sugar cane, one of the world’s thirstiest crops. The Sukala project has for several years had plans to expand to 20,000 hectares. But everything depends on the Fomi dam going ahead to secure reliable water supplies.

The environmental and humanitarian stakes are high, however. The Inner Niger Delta is a vast complex of waterways and seasonally flooded land stretching from central Mali north towards the fabled desert city of Timbuktu. The delta is famous among ornithologists as a wintering ground for birds migrating from Europe. But a study for Wetlands International warned in October 2020 that the combined effects of the dam and planned irrigation abstractions would decrease the area of the delta that floods in the wet season by 13% in an average year and up to 38% in a drought year. 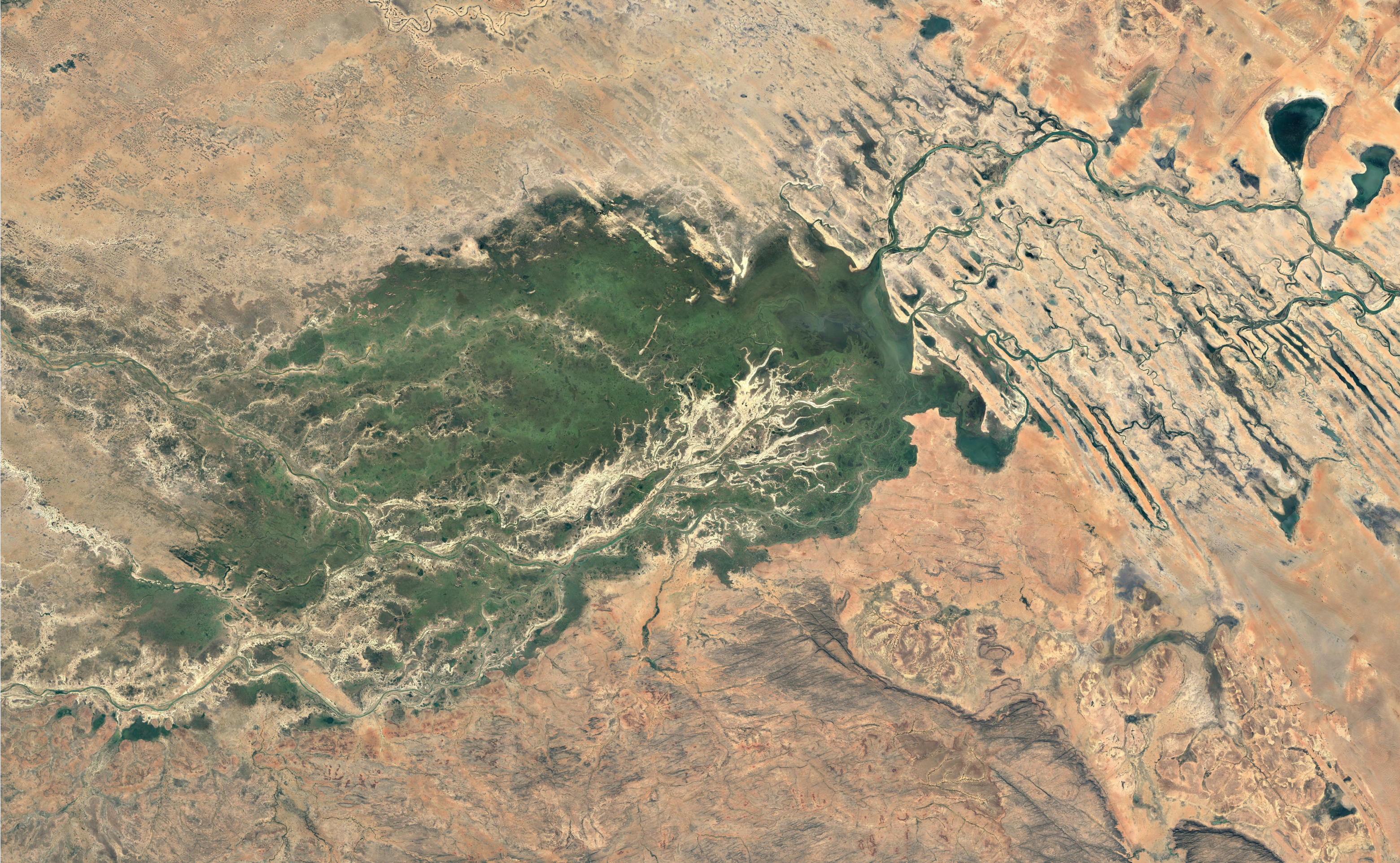 That would be in addition to the impacts of a previous dam built by Guinea in the headwaters of the river. The Selingue dam and the increased irrigation it allowed “have already reduced the inundated area of the delta by 9%,” says Keita.

An environmental crisis on the delta would lead almost inevitably to a humanitarian crisis. “While food production will increase in the Office du Niger, it will drop in the Inner Niger Delta,” says Keita. Lack of water could reduce average fish catches, cattle grazing and rice production in the delta by up to a fifth.

Meanwhile, eliminating the delta’s seasonal flood cycle will also undermine systems of cooperation over land and water rights between Bozo fishers, Bambara farmers and Fulani herders that have been built up over many centuries.

It will increase competition for natural resources in a region that is already the epicentre of an ongoing security crisis in the country, says Keita. In recent years, Fulani pastoralists, who move in and out of the delta with the seasons, have set up a jihadi “liberation” movement that has carried out attacks on farmers.

Such concerns may have seemed remote on the delta in recent months. Intense summer rains in the highlands of Guinea resulted in water levels in the delta in October that were higher than any seen there since 1969.

But elders still remember 1984, when the Sahel drought saw three-quarters of the delta dried out. Livestock died in huge numbers and most of the wetland’s inhabitants fled. Hydrologists calculate that if the Fomi dam and the proposed irrigation works are completed, the risks of a repeat of that disaster would increase fourfold, from once every 50 years to once every 12.5 years. That may not be something that Chinese dam and irrigation engineers would want to be blamed for.

Erik Solheim: China should apply stricter standards along the Belt and Road