“Violence has not been quarantined.”

That phrase, repeated by social and environmental leaders in Colombia, is sadly true in many Latin American countries.

At least five defenders of the environment have been killed in the continent since 11 March, the date the World Health Organization (WHO) declared Covid-19 a pandemic.

Violence continues in rural regions with precarious medical services and a limited state presence. Meanwhile, scientists say an important way to reduce the transmission of infectious disease is to preserve the ecosystems these leaders care for and defend.

Adán Vez Lira had spent two decades caring for the La Mancha wetlands and mangroves, which look out over the Gulf of Mexico in the Mexican state of Veracruz. On the morning of 8 April, he was riding his motorcycle along a country road in the municipality of Actopan when unknown assailants shot him dead, as reported by Mongabay Latam.

La Mancha, the ecosystem to which Adán dedicated his life, and the neighbouring lagoon complex of El Llano, cover 1,414 hectares of wetlands protected by the Ramsar international treaty. Due to its ecological importance, the La Mancha Coastal Research Centre (Cicolma) of the Institute of Ecology (Inecol) are based there. Vez collaborated with the centre through the cooperative La Mancha in Movement, which he helped found two decades ago.

From that cooperative, Vez managed resources for mangrove conservation, organised workshops in the area’s schools and promoted ecotourism. He was also an enthusiastic promoter of the La Mancha Bird Festival, which attracts hundreds of people every year to observe the shorebirds and waterfowl that come to this great bottleneck on the birds’ migration route. “It is the most important bird of prey corridor in the world!” Vez used to boast.

It has not been the only attack in Mexico. On March 23, two gunmen killed attorney Isaac Medardo Herrera Avilés at his home in Jiutepec, in the state of Morelos.

Herrera, a former ejido (communal land) leader who later became an attorney, litigated on various issues of environmental interest, as Mongabay Latam also reported. One of them was the defence of the Los Venados property, a 56,000 square metre forest in the middle of Jiutepec, where the then municipal president authorised a project for the construction of 400 homes and the felling of more than half of its 3,000 trees. 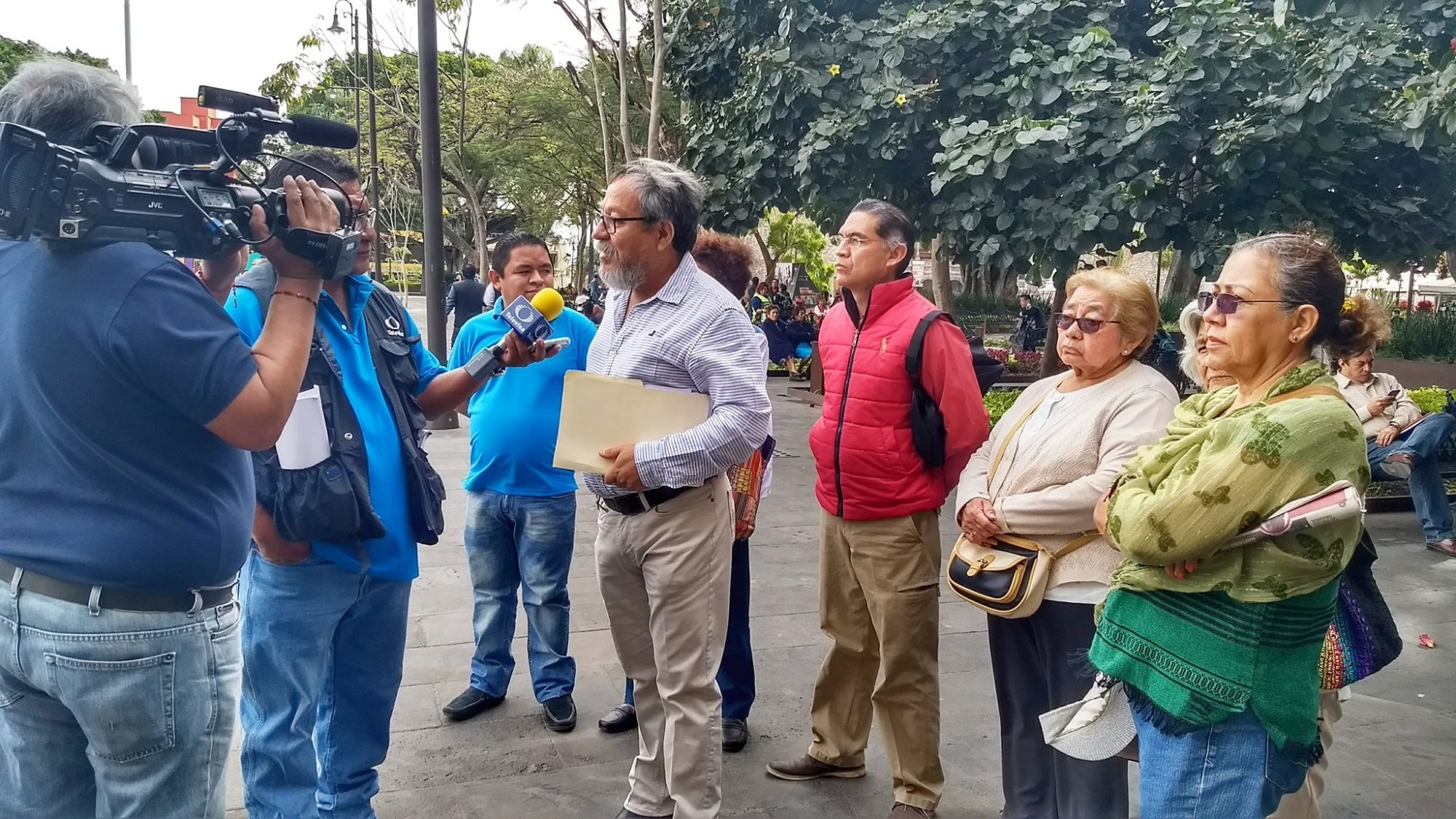 The struggle of environmental leaders like Isaac Herrera, who was murdered this year in Mexico, to prevent the degradation of ecosystems takes on new relevance in the midst of the Covid-19 pandemic (Image: Mónica Romero García)

In Brazil, Zezico Rodrigues Guajajara was murdered on March 31. He was a respected leader of the Guajajara people who lived in the indigenous territory of Araribóia in the Amazonian state of Maranhão.

Zezico was returning to his village of Zutiwa on a motorcycle when he too was shot by unknown attackers, the Amazônia Real website reported. Although there is no further information on the perpetrators, suspicions have fallen on illegal loggers who had previously threatened him, according to the NGO Amazon Watch, which operates in the region.

Zezico is the fifth indigenous Guajajara killed in five months. He had recently been elected coordinator of the Commission of Indigenous Chiefs and Leaders of the Indigenous Territory of Araribóia (Cocalitia) and was one a key promoter of the Guardians of the Forest, a group of 120 indigenous volunteers who protect the territory from illegal logging and trade. He is also known for protecting the Awá-guajá people, who live in voluntary isolation within the same Araribóia territory.

Data from the Pastoral Land Commission indicates that Maranhão state leads national rankings in terms of rural conflicts, with 2,539 cases between 1990 and 2018. As for the Guajajara, 49 have been killed in Maranhão since 2000. None of these crimes has been solved.

Things are equally disturbing in Colombia. On 23 March, Omar and Ernesto Guasiruma Nacabera, two Emberá indigenous people from the community of Buenavista in the department of Valle del Cauca, were murdered. That night, unknown assailants arrived at their home in rural Bolivar municipality and invited them to a supposedly urgent meeting, reported Mongabay Latam. They were shot 20 metres from the door and the assailants fled, leaving two other family members seriously injured.

Since 2013, another indigenous people, the Emberá of the Pichicora Chicué Punto Alegre-Rio Chicué Reserve on the Colombian Pacific coast, have been caught in the crossfire between two armed groups. One of these, guerrilla group the National Liberation Army (ELN), ostensibly declared a ceasefire throughout April, but its armed confrontation with the Gaitanist Self-Defence Forces of Colombia (AGC) has trapped indigenous people living in the municipality of Bojayá, Chocó department. The Emberá reported ten grenade explosions but have been prevented from taking refuge in other towns.

Though there is still much unknown about how this new coronavirus became a pandemic and generated an equally widespread economic recession, there are several indications that the accelerated loss of ecosystems is a crucial factor.

Many scientists are pointing to a link between habitat transformation and biodiversity loss, caused by road construction, mining or the expansion of the agricultural frontier to produce food. They note the proliferation of species that can spread viruses to humans.

“Scientists warn us that deforestation, industrial agriculture, the illegal wildlife trade, climate change and other types of environmental degradation increase the risk of future pandemics, raising the probability of major human rights violations,” David R Boyd, the UN Special Rapporteur for the Environment and a specialist in natural resource management, cautioned in April.

Evidence suggests that biodiversity loss often increases the transmission of pathogens and more biodiverse ecosystems reduce the prevalence of infectious diseases, according to a study published in 2010 in the journal Nature.

“More broadly, biodiversity itself seems to protect organisms, including humans, from transmission of infectious diseases in many cases. Preserving biodiversity in these cases, and perhaps generally, may reduce the incidence of established pathogens,” concluded the team led by Felicia Keesing, a Bard College ecologist specialising in infectious diseases.

This loss of biodiversity is strongly linked to deforestation and the destruction of ecosystems to expand herds of cattle or industrial crops like soybean or oil palm, which Latin American countries have oriented much of their exports towards. 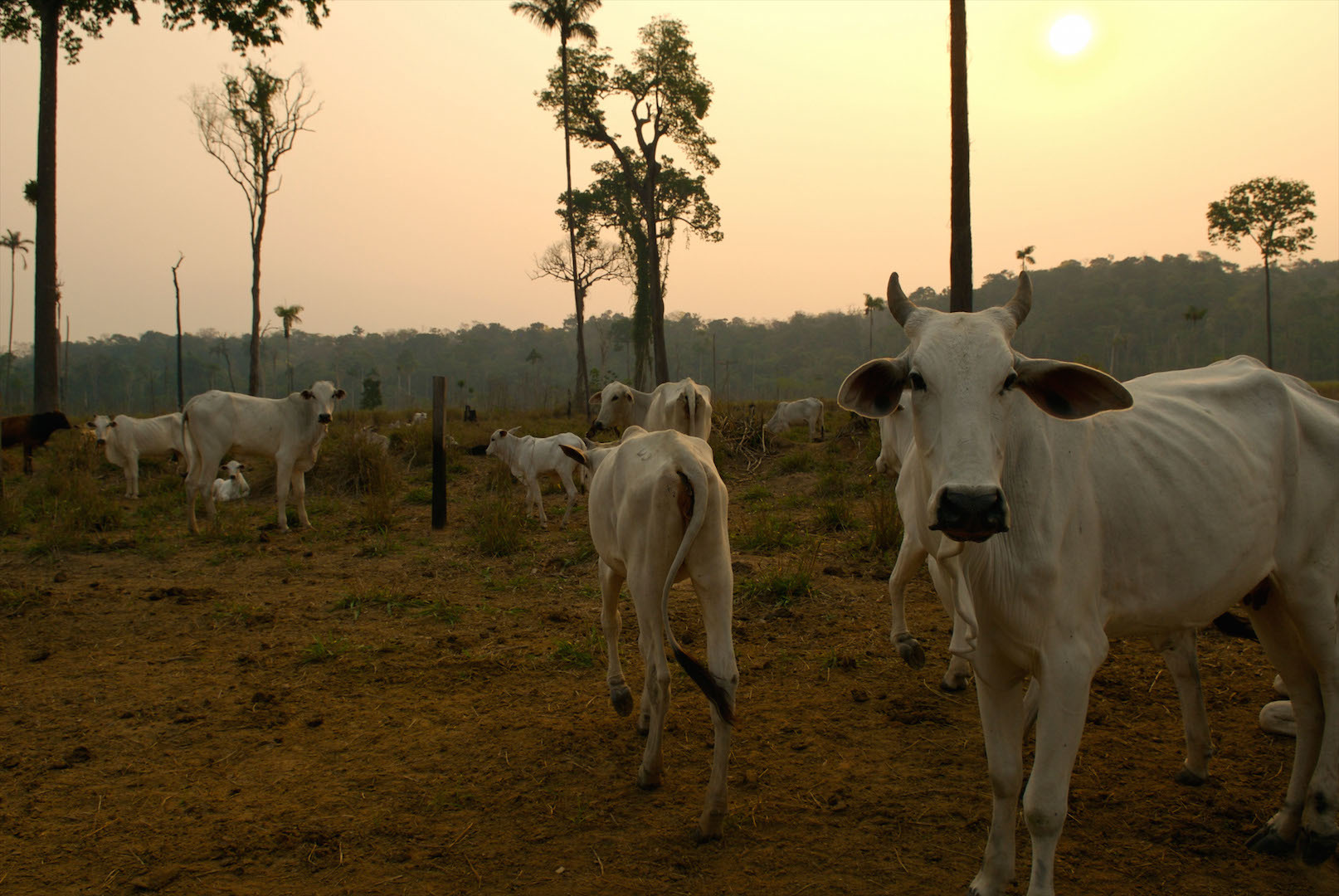 Beef farming is associated with deforestation in parts of Brazil’s Amazon (Image: Alamy)

In Brazil’s northern region, which encompasses the Amazon states, the number of cattle grew by 22% in a decade, compared to a 4% average for the rest of the country, according to an investigation by journalist Gustavo Faleiros for Infoamazonia and Diálogo Chino.

Part of this rapid growth comes at the cost of rainforest. A report by the watchdog Trase, a consortium of researchers studying the environmental impact of commodities, showed that beef exports generate 65,000 to 75,000 hectares of deforestation per year in Brazil. Of that, 22,000 hectares were attributed to exports to China, the leading buyer of Brazilian meat.

The change in land use and fragmentation of ecosystems caused by the replacement of forests and other vegetation with extensive crops creates opportunities for the transmission of malaria and other diseases caused by parasites, another study from 2000 by four researchers from the Johns Hopkins University School of Hygiene and Public Health found.

“Our growing global appetite will stoke populations of the very species best designed to kill us with new viruses,” wrote Georgina Gustin of InsideClimate News.

In one of the world’s most biodiverse regions, where biodiversity loss is as great a challenge as the effects of climate change, defenders of the environment are an invaluable asset. They are commonly seen by some sectors as opponents of economic development, when in reality these leaders and communities are protecting ecosystems that provide societies with fundamental services, from water provision to improved air quality. The possible prevention of zoonotic disease outbreaks could be added to that list, according to Keesing.

Environmental defenders are often better guardians of this collective heritage than governments themselves, the military or the police.

This article, first published on our sister site Diálogo Chino, is part of the cross-border project Land of Resistance documenting attacks on environmental defenders.

WWF video linking consumption to deforestation outrages some in China