A suit made of the ultra-fine wool of the Latin American vicuña can cost thousands, but competing demands have been reconciled, allowing species levels to rise from 6,000 in the late 60s to more than 400,000 today.

Consumers and collectors want sturgeon caviar, snakeskin bags, shark meat and fins, wild snowdrop bulbs, precious rosewood furniture, and quality agarwood oil, as well as rare birds, reptiles, cacti and orchids. But they rarely stop to think about their origins. There are now over seven billion people consuming biodiversity every day in the form of medicines, food, clothing, furniture, perfumes and luxury goods. Demand for products drawn from nature is increasing, and with it pressure is growing on some of our wildlife species.

Our capacity to harvest from the wild has no limits, and modern transport has no frontiers. There are 1.1 billion international tourist arrivals a year, 100,000 flights every day, and 500 million containers are shipped a year, allowing wildlife products to reach the four corners of the earth, legally or illegally. The tensions between boosting global trade, promoting development and conserving wildlife persist, in what sometimes seems like a set of objectives that are pulling in opposite directions.

But we can also see examples where competing demands have been reconciled, such as through well-regulated trade, under the CITES treaty, of wild animals and plants, such as in the wool of the vicuña, made into fine suits; meat of the queen conch, eaten as a delicacy; the skin of the alligator, made into watch straps; or the bark of the African cherry, turned into prostate medicine. Each has benefited both the species and local communities and their development.

Wildlife-based tourism has also greatly benefited from these strict trade controls by ensuring that the wildlife that underpins this lucrative and expanding industry is protected. The mountain gorilla is a wonderful example, where enhanced enforcement and well-managed tourism has seen gorilla numbers climbing.

In the right circumstances, trade can be an incentive for managing wildlife sustainably. It can provide positive economic benefits for local communities, as we have seen with the vicuña, where the numbers of wild animals have risen from 6,000 in the late 60s to more than 400,000 today. Close to 1,000 people in one Peruvian village alone are employed in the trade of its fine wool. But it can also be a threat to wild populations of animals and plants and their ecosystems if it is not sufficiently regulated or controlled, poorly monitored and managed, or conducted at unsustainable levels.

Illegal trade, worth up to US$20 billion (134 billion yuan) a year, is now happening at an industrial scale, driven by transnational organised criminals. It robs local people of livelihoods and countries of revenue, as well as of their natural and cultural heritage and the associated tourism potential. It can also become intertwined with legal trade, as we have seen with python skins, posing challenges for authorities and consumers in determining legal origin. It is pushing many species towards extinction.

We also know that great conservation gains of the past can come under renewed threats, as is the case with the rhino in South Africa. Rhino poaching there was stable at about 10 a year in the decade to 2007 and rhino numbers were increasing. But then poaching increased sharply to around 1,200 last year, putting these hard-won gains at risk.

Rhino numbers were increasing, but over the last decade poaching has intensified. (Image by Ted)

Over the same period we have seen a surge in the illegal killing of the African elephant and trade in its ivory, which peaked in 2011 with an estimated 30,000 elephants being slaughtered for their ivory, putting certain populations at imminent risk of extinction.

How do we approach the legal and sustainable utilisation of wildlife in an increasingly crowded and interconnected world, where transnational organised criminals target high-value species, and where there are differing perspectives over how wildlife is utilised?

Contemporary solutions do exist. The international community has a legally binding agreement responsible for monitoring and responding to unsustainable levels of trade in wild animals and plants and to illegal wildlife trade. The Convention on International Trade in Endangered Species of Wild Fauna and Flora – CITES – deals specifically with individual species that are, or may become threatened through illegal or unsustainable international trade, including listed timber, marine and aquatic species, by strictly regulating such trade; we now record over 1,000,000 trade transactions annually. Commercial trade may also be prohibited, as is necessary, such as for elephant ivory and rhino horn, and from 2017 illegal trade will also be annually reported.

CITES has been greatly assisted by the International Union for Conservation of Nature (IUCN), which not only first promoted the need for such a treaty back in 1963, but which has continuously provided sound scientific assessments into its decision making processes.

Yet the world has changed a lot since CITES was adopted. In that time we have witnessed growing prosperity, changing consumption and production patterns, vastly enhanced scientific knowledge, phenomenal advances in technology and, above all, exponential growth in global trade. Since 1975 the world’s population has grown from four to well over seven billion people – an additional three billion potential consumers of wildlife and wildlife products.

And while we are fortunate to live in an interconnected world, legitimate forms of transport are exploited by transnational criminals to shift their contraband and by travellers purchasing illegal or unsustainably sourced wildlife products.

In response, CITES has continually evolved. Emerging technologies for tracing and identifying wildlife in trade are being developed and utilised, and cooperative implementation and enforcement efforts are actively promoted and strengthened, such as though the International Consortium on Combating Wildlife Crime.

Manta rays are now being brought under CITES trade controls.

New marine species, including hammerhead sharks and manta rays, and timber species such as rosewood, are being brought under CITES trade controls, and well-targeted programmes to support parties implement these listings are in place. 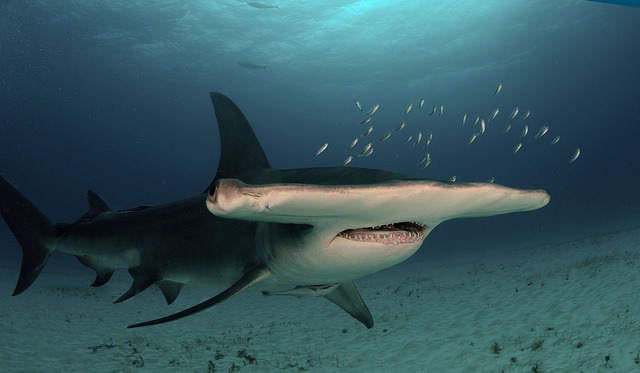 September will see the 17th World Wildlife Conference, or CoP17, convene in Johannesburg, South Africa. CITES will consider changes to the trade controls of close to 500 species of wild animals and plants, along with new and improved measures to ensure the sustainability of legal trade and to combat the scourge of illegal trade.

Yes, there is a strong sense of common purpose in ensuring the survival of wildlife. But there are some divergent approaches on the table as to the best path to follow, making it one of the most critical meetings in the 43 year history of the convention.

CITES’ decisions have a real world impact and the differing views will be a reflection of the high stakes and the interest and passion for wildlife that CITES generates among governments and observers alike.

And on the eve of CoP17 the wider conservation community will gather in Hawaii for the IUCN World Conservation Congress, where activists, scientists and leaders from across the globe will debate the planet’s most pressing conservation challenges and how to meet them under the theme “Planet at the crossroads”.

The world spotlight will be fixed on these critical sustainability issues in Hawaii and Johannesburg in September, as we map out a path for the ensuring the survival of the world’s wildlife on an increasingly crowded and interconnected planet.

Why the Guardian is publishing its elephant reporting in Chinese

Elephants on the path to extinction - the facts

Saving the ocean: a question of governance