The global food system is a mess. The way we produce, transport, consume and waste food is destroying nature, degrading soil, and polluting air and water. It powers climate change, accounting for around one-third of humanity’s greenhouse gas emissions.

Social inequality and violations of human rights are widespread. Malnutrition and obesity are both major killers. And while we produce more food than ever, the UN reported in July 2021 that 811 million people still go hungry each day. That’s more than one in every ten people. Perversely, most are farmers and their children.

So, on the face of it, it is good news that the UN will host a Food Systems Summit on 23 September. It aims to accelerate the transformation of these systems so they provide nutritious food for all, are good for people and nature, help fight climate change and boost resilience to environmental and economic shocks. But lift the lid on the summit process and you will find a hot stew. Stakeholders are deeply divided about how to fix the food system, and many have big concerns about the summit itself.

UN Secretary-General António Guterres announced the meeting in October 2019, to boost progress towards the UN Sustainable Development Goals. It got off to a rocky start. The UN upset many civil society and farmers’ groups by partnering with corporate powerhouse, the World Economic Forum. Guterres compounded this by appointing as his special envoy Agnes Kalibata, president of the Alliance for a Green Revolution in Africa, a promoter of high-tech commercial seeds.

Summit planners also bypassed a key UN body, the Committee on World Food Security (CFS). It has 125 member countries, mechanisms through which civil society groups, indigenous people and the private sector take part, and a scientific advisory body – the High Level Panel of Experts. But the summit team initially left the CFS out in the cold. It formed its own Scientific Group and appointed leaders of five “action tracks” – to generate “game-changing propositions” for each of the summit’s main themes.

Critics are legion. They include hundreds of NGOs, academics, the UN Special Rapporteur on the Right to Food (and his two predecessors), and scientists, including summit action track members. In July 2021, thousands of people attended a counter-forum held by organisations boycotting the summit. 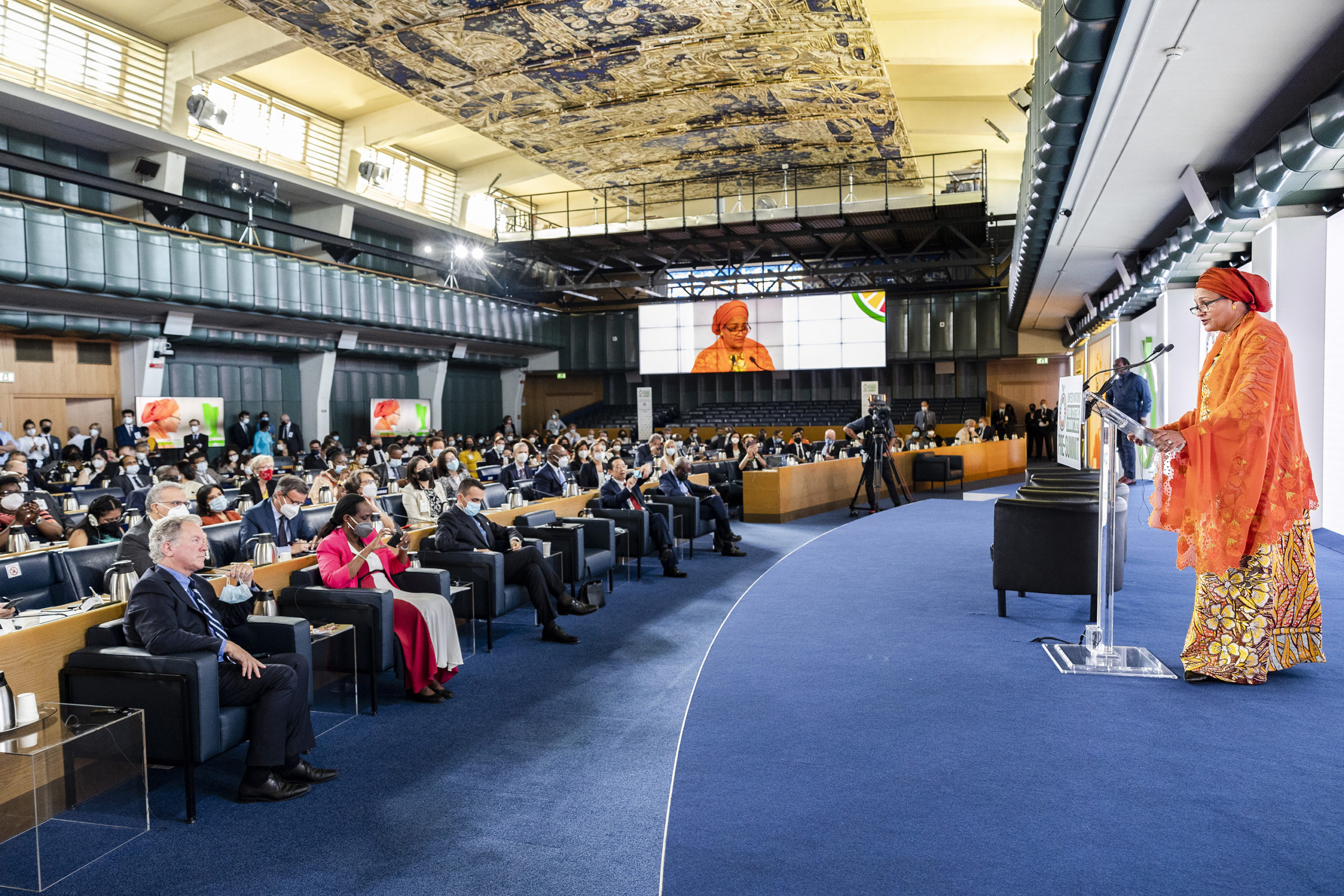 Critics say the summit’s process marginalises human rights and fails to acknowledge that corporate domination of food systems and weak governance are root causes of the problems the summit wants to address. They say its various modes of participation are a smokescreen that will enable corporations to exert greater control over food systems and the UN itself.

The UN rejects this. It has stressed that the summit’s formal leadership structures include no companies, only business networks. It points out that more than 100,000 people have taken part in 147 country-led and 900 independent multi-stakeholder dialogues on food system transformation, whose outcomes are publicly available online.

Representatives of smallholders, indigenous peoples, youth and women have all been involved in the summit action tracks, generating a greater share of ideas for improving food systems than private sector participants. These groups also had prominent roles in a pre-summit in July. Many praised the degree of consultation and inclusion.

But a seat at the table does not mean equal power. And participants – including Anne Nuorgam, chair of the UN Permanent Forum on Indigenous Issues – have expressed concern about a lack of clarity about who is deciding the summit outcomes. In August, the chair of the summit’s “governance action area” resigned, citing concerns about the transparency and accountability of decision-making in the summit process.

The summit’s content is also contested. There is a strong focus on increasing production and resilience by boosting the development and uptake of technologies – from biotech crops and precision farming to nanoparticle coverings that extend the shelf-life of produce.

But there has been less attention on fundamentally redesigning food systems by addressing structural barriers such as access to finance, legal recognition of land tenure and corporate policies that lock poor farmers into problematic modes of food production. Western science holds sway while traditional knowledge developed over millennia remains at the margins, despite growing calls for its integration into policy advice.

Critics say the focus on science and innovation over systemic change promotes the corporate agenda of high-input intensive agriculture for export markets, rather than diverse and resilient local food systems. This flashpoint is particularly visible around agroecology.

There is growing evidence that this mode of farming – which applies ecological principles – can boost incomes and food security, while enhancing biodiversity, storing carbon and increasing farmers’ resilience. These are all the things the summit is setting out to promote. But advocates of agroecology had to fight for a place on the agenda of July’s pre-summit.

When 10 countries including Costa Rica and Switzerland signed a letter demanding this, they had to wait weeks for a positive response. They were disappointed when – just a few days before the pre-summit – they were given an evening side-event slot competing with 17 parallel sessions. Despite this, the agroecology event had the greatest overall attendance, in-person and online, of all pre-summit events.

Agroecology was also prominent in many of the solutions proposed through the summit action tracks and dialogues. But its supporters say it is being undermined by misinformation campaigns backed by vested interests in high-input farming, who see rising support for agroecology as a threat. 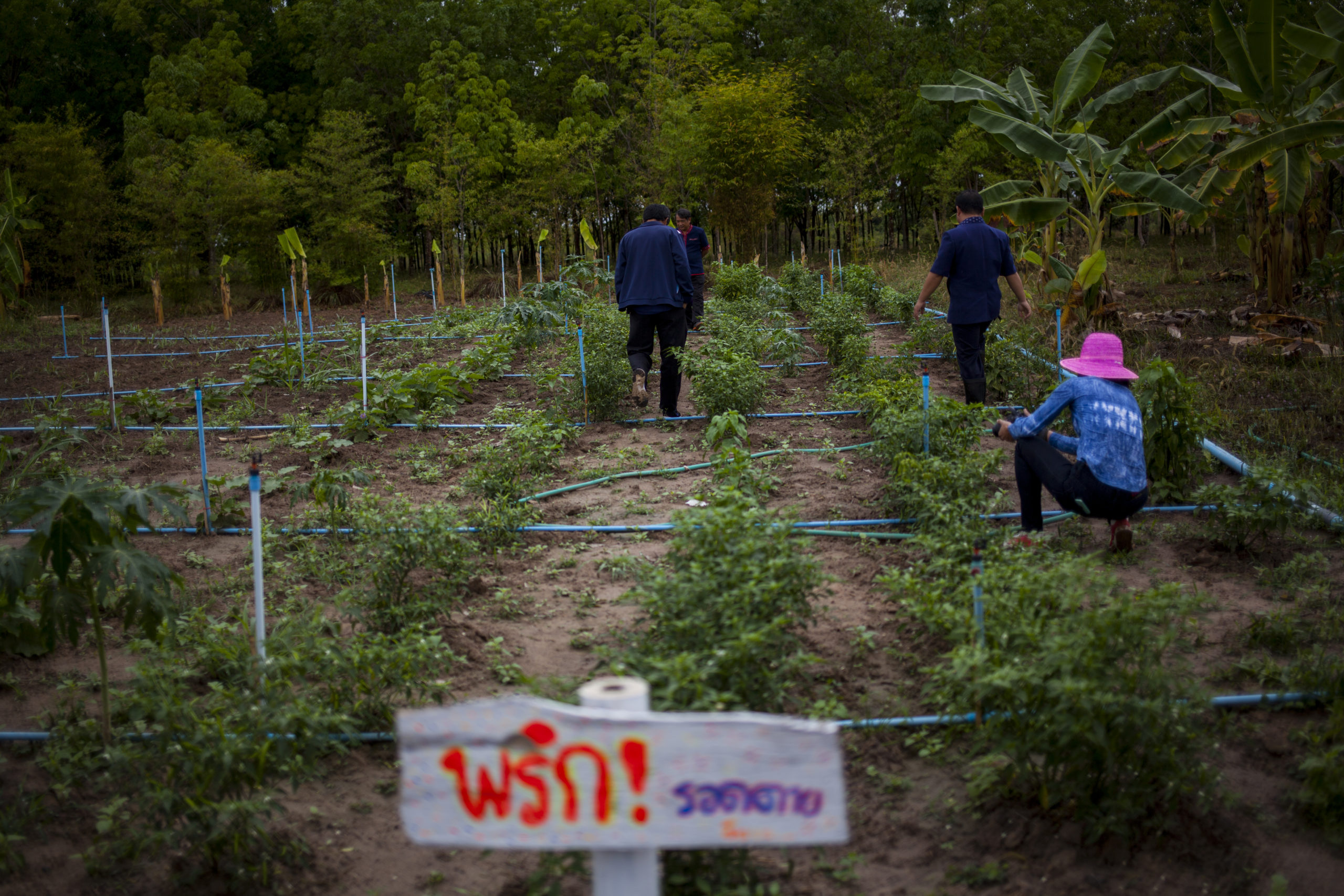 An agroecology project in Thailand. Critics argue the summit has marginalised this mode of agriculture, and focused mainly on the role of technology to increase production. (Image: © Biel Calderon/Greenpeace)

Countries supporting agroecology are now forming a coalition that will follow a set of 13 agroecology principles identified by the High Level Panel of Experts – as urged by those boycotting the summit.

Critiques aside, the summit process has succeeded in boosting understanding of how biophysical, social and economic systems are all tied up in the food we eat. This focus on systems should improve coordination among government ministries and help policymakers join the dots between food, climate change and biodiversity.

Climate change in particular has featured strongly in the ideas emerging from the summit’s action tracks and dialogues. There was less of a focus on reducing fossil fuel use and more on increasing carbon storage through agroforestry and regenerative agriculture, reducing methane emissions from rice-fields and livestock, and increasing farmers’ resilience.

There is, however, no formal mechanism linking the summit to the UN negotiations on climate change and biodiversity – which have both tended to overlook food and agriculture. To help address this, the Global Alliance for the Future of Food is launching a programme to advise a diverse group of countries on how to better incorporate food systems in their actions under the Paris Agreement on climate change.

At the summit itself, Secretary-General Guterres will make a statement outlining priority ambitions to achieve by 2030, focusing on 15 areas for action the summit process has identified. The UN is also set to endorse a subset of the many coalitions proposed during the process, such as those on agroecology, food waste, resilience and school meals. Significantly, some 80 countries that have held dialogues are expected to announce pathways for transforming their food systems.

The summit will kickstart a process, during which member states – with support from UN agencies – will refine and implement their strategies for transforming food systems, individually and through coalitions. A stock-take in 2023 will assess progress and set ambition for full implementation by 2030.

For the summit to succeed, these pathways must be truly transformative. This means changing not only the parts of the food system that involve food itself, but also the regulatory, financial and administrative systems that underpin it. Countries and coalitions must resolve the tensions exposed over the past two years – addressing power imbalances between smallholders and big business, taking account of traditional knowledge alongside science in policy development, and ensuring transparency and accountability in decision-making and implementation.

The multi-stakeholder dialogues that some countries plan to continue after the summit must ensure marginalised groups can participate effectively. Genuine deliberation towards consensus among diverse interests means give and take on all sides. But so far there is little indication of what the corporations that dominate the food system, and have contributed much to its failings, are willing to concede.

With tensions high, summit insiders insist they are listening to their critics. They acknowledge that food is highly political and that not everyone is happy with every aspect of the summit, its participants and processes. They stress that nobody is excluded from taking part and urge the boycotters to reconsider engaging or risk further marginalisation. As the summit process shifts from generating ideas to implementing actions, its leaders should refocus on one of the principles they identified at the outset: “build trust”.

Redirecting subsidies for the good of nature

The gaps in the global deal for nature