The mounting calls for China to stop supporting coal power projects overseas have received an answer. Chinese President Xi Jinping announced through a pre-recorded video address to the United Nations General Assembly on 21 September that China “will not build new coal-fired power plants abroad” while at the same time increasing its support for developing countries to pursue green and low-carbon development.

The announcement ends speculation as to where China stands on the issue as one of the last remaining public financiers of overseas coal power projects, ahead of UN climate talks in Glasgow this November. Since 2013, China, Japan and South Korea have contributed 95% of all global public financing for coal power projects outside their own borders. China is the largest among the three, supplying US$50 billion that accounts for about 56 GW of total installed capacity.

Chinese-supported development of coal-fired power overseas has already slowed down in the past five years, thanks to the decreasing competitiveness of coal power compared to renewables and declining appetite from host countries. A report by the Centre for Research on Energy and Clean Air (CREA) shows that close to half of planned and permitted coal power projects with Chinese involvement have been either cancelled or suspended. In 2021 so far, China has not made any new coal investment overseas, except for three supply and engineering contracts that may or may not materialise.

Both Japan and South Korea have announced policies for ending public financing support for coal power projects abroad in recent months. With President Xi’s announcement, all major public financiers of the industry have indicated their intention to exit the overseas market in one way or another.

China is the first developing country to take such a position, said Kevin Gallagher, Director of the Boston University Global Development Policy Center. He now urges the private sector to follow suit.

UN Secretary-General Antonio Guterres welcomed the announcement made by President Xi. “Accelerating the global phase out of coal is the single most important step to keep the 1.5-degree goal of the Paris Agreement within reach,” he said in a statement.

It is unclear how China will approach the overseas coal power projects that are already planned or under construction. According to data collected by the Global Development Policy Centre, in mid-2019, 13.5GW of overseas coal power capacity with Chinese involvement had already been planned and 20GW was being built. The pandemic might have disrupted some of that.

Wang Yi, a member of China’s Standing Committee of the National People’s Congress and vice president of the Chinese Academy of Sciences’ Institutes of Science and Development, told China Dialogue that the scope and coverage of the “no new coal” pledge remains to be clarified through follow-up policy documents:

“I think what is now almost certain is that Chinese policy banks and state-owned enterprises will no longer invest in new coal power overseas. But does the pledge cover all investment forms? What about projects initiated and fully financed by the host country? And will commercial deals won by private Chinese companies be affected by the pledge? These need to be clarified by follow-up policies.”

What about projects initiated and fully financed by the host country? Will commercial deals won by private Chinese companies be affected by the pledge?

On Chinese social media such as WeChat groups, the new pledge has triggered heated discussions among climate experts and industry practitioners. Whether captive power plants should fall under the pledge is one of the topics debated. These are off-grid power plants built by Chinese companies specifically serving the needs of their overseas industrial parks.

Chai Qimin, director of strategic planning at the National Centre for Climate Change Strategy and International Cooperation (NCSC), reflected that many Chinese-involved coal-fired power plants overseas are there to respond to a host country’s demand. Especially so in Southeast Asia, where the natural resource endowment, cost considerations and grid compatibility issues make coal power an attractive option for governments. Chai claims that with the new pledge, China actually lets go of some commercial returns from such projects to fulfil its commitment to climate action, which will definitely result in losses for its coal-related industries but will also create new opportunities for renewables.

Some industry players are already responding to the new pledge. Tsingshan Holding Group, a privately owned Chinese conglomerate in the business of steelmaking, announced shortly after Xi’s pledge through its official WeChat channel that it will no longer build any new coal power projects overseas. Tsingshan has invested heavily in countries such as Indonesia and Zimbabwe, building energy-intensive industrial parks that often rely on captive power plants. In March this year, Tsingshan contracted Shanghai Electric to build a 3X380 MW coal-fired power plant for its steel and nickel industrial park in Indonesia. The WeChat statement did not mention how the new decision will affect the fate of this project.

The impact of China’s hardening position on coal power, both domestically and internationally, are being felt across the industry. On industry WeChat platforms, industry insiders, from coal power equipment suppliers to coal power engineering companies, lamented the industry’s gloomy prospects. On the other hand, observers were also asking if overseas hydro power and nuclear power will see a “boom”.

Wang Yi argues that as China exits coal power overseas, it should also propose how it intends to strengthen its support for renewables in developing countries, offering alternative solutions for these countries to meet their energy needs. He suggests these can include energy saving, energy efficiency measures, and new development models that bundle renewable energy with poverty alleviation and agriculture projects, so that low-carbon solutions can be aligned with local development needs. 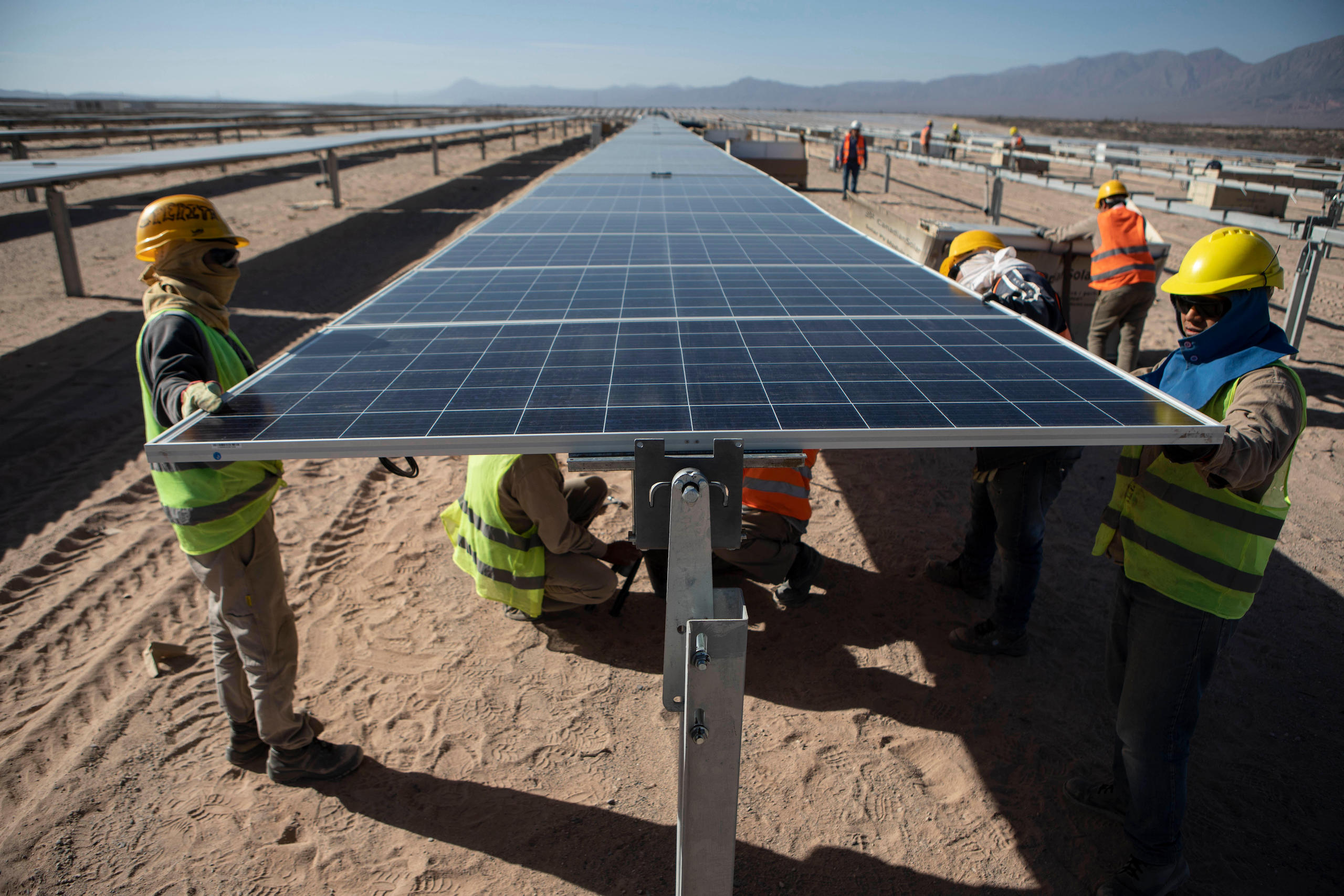 Professor Yuan Jiahai of North China Electric Power University sees the announcement as opening a window for Chinese companies to double down on their renewable energy investments in developing country markets. For Chinese companies to push for higher renewables take-up in those countries, they need to strengthen their supply chains locally to reduce costs.

Christoph Nedopil, a professor at Fudan University Fanhai International School of Finance, believes power plants already in operation deserve China’s attention too. Although the running of such projects are often under the sway of host country energy policies, he thinks China can support them to accelerate the retirement of the coal power fleet.

Fleshing out the route to carbon neutrality

One year ago, on September 22, President Xi surprised the world by announcing China’s “dual carbon” goals: peak carbon dioxide emissions by 2030 and carbon neutrality, which covers all greenhouse gases, by 2060. At the time, a lack of details around the goals made some observers sceptical about China’s commitment. This questioning was furthered when they saw China’s impressive post-pandemic economic recovery being partially powered by high-emissions infrastructure projects, including coal-fired power plants.

Later that year, China followed up with a new set of 2030 climate targets under the Paris Agreement and, in March this year, it unveiled its 2025 climate and energy targets under the 14th Five Year Plan. The updated targets make the contour of China’s pathway towards the “dual carbon” goals clearer.

Wang Yi told China Dialogue that in the past one year, China has been “constantly strengthening its climate targets through clarifying policy documents, gradually fleshing out its route to carbon peaking and carbon neutrality.”

If China wants to be a true leader, there is a need to be consistent with what it does domestically and what it does overseas

In April this year, at the Leaders’ Climate Summit convened by President Biden, President Xi pledged to “strictly control” domestic coal power and peak China’s domestic coal consumption by 2025, supplying yet another benchmark in China’s near-term climate policy. The announcement also signalled a rapidly shrinking space for coal development in China. According to Greenpeace, new coal power approvals by China’s provincial governments declined by 78.8% year-on-year in the first half of 2021. No major coal power projects were approved (except for combined heat and power projects) after Xi’s April announcement.

With a new leaders’ group for the “dual carbon” climate goals set up in May, headed by Vice Premier Han Zheng, climate policy development in China entered a “fast track” mode. A full set of policies that is composed of a top level guiding document and multiple sector-specific roadmaps (the so-called “1+N”policy framework) is currently in the making. According to China’s special climate envoy, Xie Zhenhua, the policy set will include items covering energy structure reforms, industrial upgrades, low-carbon buildings and green transportation, among others. Chai Qimin told China Dialogue that creating such a set of policies is not just for clarifying the routes towards carbon neutrality, it is also a form of mass mobilisation for central government departments, local governments and key industries.

Amid this major push to fine tune China’s climate policies, the country’s overseas energy footprint was probably the only area left untouched by top-level climate policy. That was until yesterday. With the new pledge on overseas coal, Yuan Jiahai believes China has demonstrated its conviction to become a leader of global climate actions. “China’s carbon neutrality pledge does not cover the carbon emissions incurred by its companies in other countries. But if China wants to be a true leader, there is a need to be consistent with what it does domestically and what it does overseas,” Yuan said.

Rooftop solar to roll out on China’s public buildings

China’s decarbonising power system: out with the old, in with the new