Vietnam has been a Southeast Asia solar success story. It went from having barely any generation in 2018 to a quarter of its total installed capacity being solar – a 100-fold increase in two years.

This rapid growth is mainly down to the Vietnamese government’s feed-in tariff which provides a guaranteed above-market price for renewable energy producers; other incentives signed off in 2017 in an attempt to pivot away from lagging fossil fuel projects; and cheaper solar panels, some of which are assembled domestically.

Around 99% of the installed solar panels in Vietnam come from China. At the same time, China is one of the few countries that still lends Vietnam money to build coal plants.

China’s future role in Vietnam’s power system will be shaped by the latter’s newest plan for its power sector. The final version of the Power Development Plan 8 is due to be published in June, though it has been postponed before and may be again.

A catalyst for explosive growth

China dominates the global solar panel industry, producing around 70% of global capacity, says Thu Vu, an energy finance analyst at the Institute for Energy Economics and Financial Analysis (IEEFA). “It’s nearly impossible for any country that is developing a solar power fleet not to source the equipment from there. This is even more relevant for neighbouring countries such as Vietnam. The economies of scale and steep learning curves of Chinese manufacturers make it easier for them to produce more efficient and cheaper products.”

In 2019, the Vietnam Business Forum reported that the “levelised cost of electricity” – lifetime costs of generating electricity compared with other technologies – for solar in Vietnam had fallen dramatically in the preceding four years. Vietnam’s last power development plan, number 7, projected 4 GW of solar installed capacity by 2025. This was much too conservative. By the end of 2020, 16.7 GW had been put in place.

Rooftop solar expanded particularly rapidly last year because it had a higher feed-in tariff price (US$0.0838 per kWh) than floating solar ($0.0769) and ground solar ($0.0706). With preferential tariff pricing set to expire at the end of the year, more than 10,000 rooftop solar projects were put into operation in three days, between 29–31 December 2020. These added 3 GW of capacity and increased the total installed rooftop capacity to around 7.8 GW. 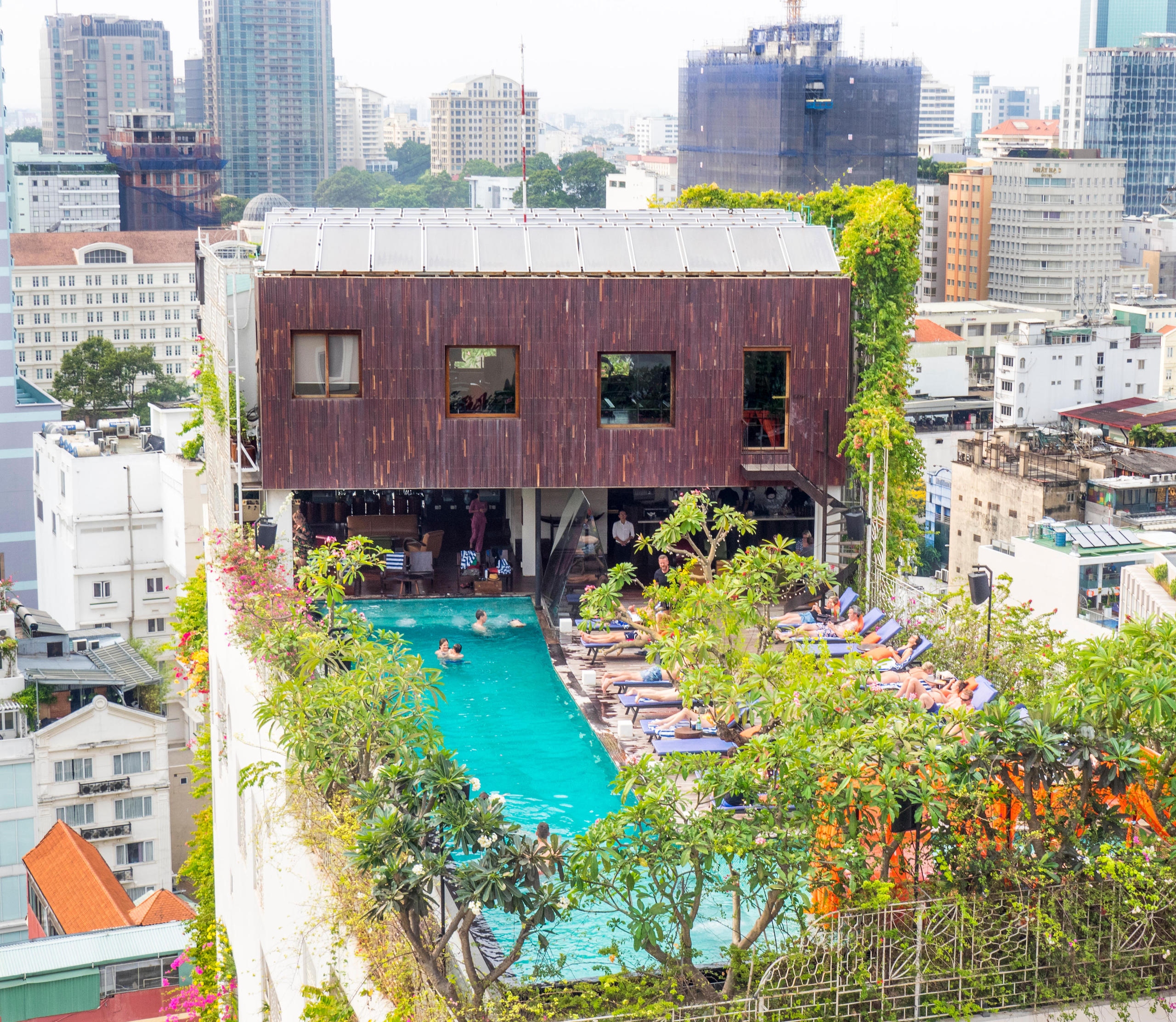 Solar panels on the roof of a hotel in Ho Chi Minh City. Thanks to high feed-in tariff prices, rooftop solar expanded rapidly in Vietnam from 2018–2020. (Image: Alamy)

Aside from equipment, Chinese businesses have also provided EPC (engineering, procurement and construction) contractors for solar projects, said Thu. “Sometimes, these contractors are supported by Chinese banks, which then allows them to provide flexible payment schedules to the project developers in Vietnam and gives them a competitive edge.”

B.Grimm Power is one company that hired EPC contractors from China for their solar projects in Vietnam, according to Vietnamese media outlet the Leader, which added that the company only paid 10% upfront to its Chinese partners, with the rest being paid more than a year later.

Cecilia Han Springer, senior researcher with the Global China Initiative at Boston University’s Global Development Policy Center, expects that Chinese companies will become more involved in Vietnam’s solar market in the future due to the proximity and strong trade ties between the countries.

“However, I think a very important factor is demand in Vietnam for developing solar projects. China’s overseas electricity investment strategy tends to follow the demand of host countries. That’s why Chinese investment has gone towards coal in Vietnam thus far.”

Despite the rise of renewables, Vietnam still relies heavily on coal. More than half of the country’s planned coal power plants are facing delays but more are still entering the pipeline, with the majority of funds coming from China. Springer says the main coal investors are the two policy banks – China Development Bank (CDB) and China Export-Import Bank (CHEXIM) – as well as large state-owned enterprises like the Huadian Corporation. 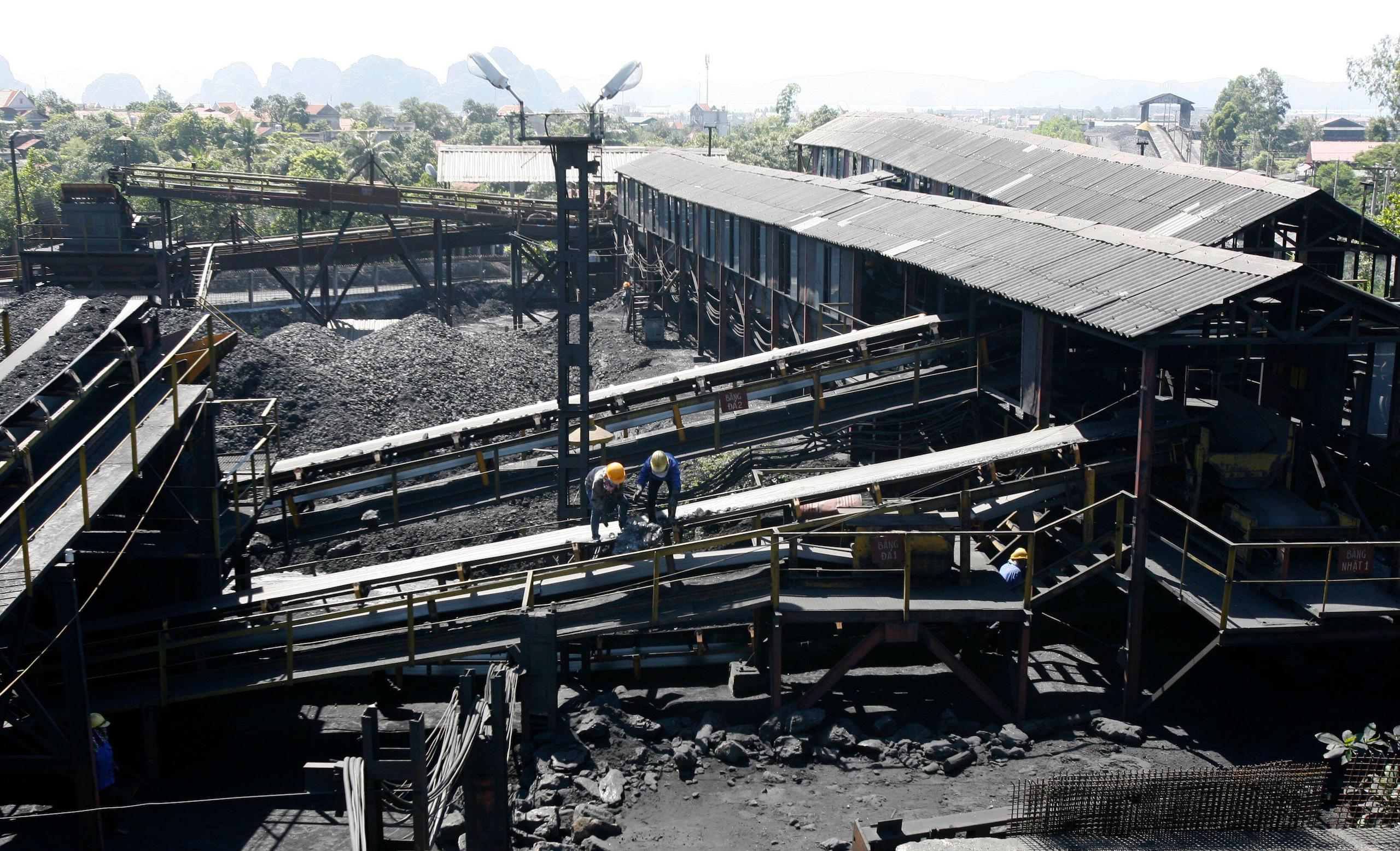 A coal preparation factory at the Coc 6 open-cast coal mine in Vietnam‘s Quang Ninh province. Despite the rise in renewables, the country still relies heavily on coal. (Image: Alamy)

Chinese banks and enterprises tend to finance fossil fuels globally as well. According to a study by Springer’s colleagues at the Global China Initiative, in the last two decades 45% of all the power projects financed by CDB and CHEXIM were coal projects, while solar and wind made up only 2.6%. This is despite China being a solar leader.

According to the study, the policy banks have reservations about overseas solar and wind projects because of previous trade disputes in Europe, and the requirement for government-to-government involvement which makes it difficult to secure Chinese official development finance.

“China, as the world’s largest electric power market, can literally help other countries build whatever form of electric power capacity they want,” the study states, adding that governments will benefit from playing a more proactive role in engaging CDB and CHEXIM for their solar and wind expansion plans.

Vietnam is finalising its national Power Development Plan 8 (PDP 8), which will lay the foundation for the country’s energy development until 2030 and the vision to 2045.

The draft plan prioritises the growth of power from renewable sources, mainly wind, solar and small-scale hydro. However, the plan would see “baseload coal and gas-fired power continue to dominate 57% of the pipeline to 2030,” according to a report from the Institute for Energy Economics and Financial Analysis (IEEFA). 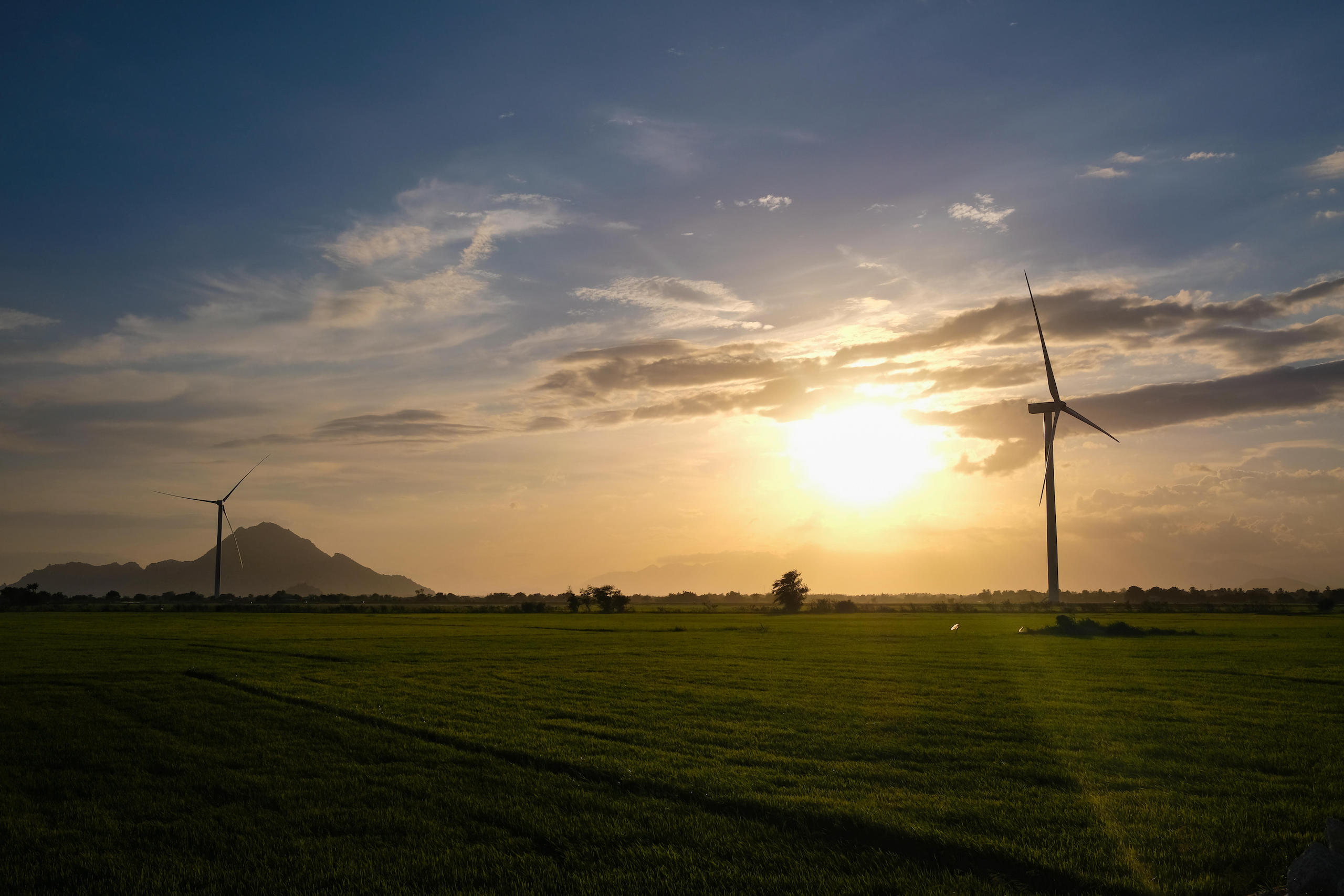 A wind farm in Vietnam. Though the country’s power development plan prioritises renewables, it would still see coal and gas-fired power dominate two-thirds of the pipeline up to 2030. (Image: Alamy)

The recent solar boom has overloaded the national gird at times and the country doesn’t yet have the storage technology to ensure constant baseload power. Power Development Plan 8 aims to address this problem by allocating $32.9 billion for grid development until 2030, with an additional $52.1 billion until 2045.

Vietnam’s commitment to stemming growth in greenhouse gas emissions has shaped the plan. In 2019, the country committed to cutting emissions 9% by 2030, compared with business-as-usual projections from a 2014 baseline. According to its calculations, the new plan will reduce CO2 emissions 15% by 2030 compared to business-as-usual, and 29% by 2045.

The plan should have been approved in March, but that was postponed to June. Meanwhile, the economic potential of renewables continues to grow. Recently, electronics giant Samsung said it wants to join a trial programme to purchase power directly from renewable power plants instead of the monopoly distributor Vietnam Electricity.

Southeast Asia needs to go all in on the renewables revolution