This is part of a special series of articles produced by our sister site thethirdpole.net on the future of the Yarlung Tsangpo river – one of the world’s great transboundary rivers – which starts on the Tibetan Plateau before passing through India and Bangladesh.

The Tibetan Plateau, the world’s third pole, gives birth to many of Asia’s major rivers. As the key for maintaining the continent’s ecology, and one of the world’s most important ecosystems in its own right, it is of huge strategic significance.


The Yarlung Tsangpo (known as the Brahamputra in India), which runs alongside the majesty of the Himalayas, is the world’s highest river. It runs west to east along the rift created by the impact of the Eurasian Plate, cutting through the Tibetan Plateau until it meets the point where the Himalayas, the Nyenchen Tanglha and Hengduan mountains join. Here it forces its way between the Gyala Peri and Namcha Barwa peaks to form the world’s deepest gorge, then makes its way to South Asia where it joins the Ganga and flows to the Indian Ocean.

The Yarlung Tsangpo rises at a high altitude, in a geologically complex area. The river’s powerful flow, long course and large drop in altitude give it great potential for hydropower development. But the scale of dam building planned by China and India could have disastrous ecological consequences.

China’s plans date back to the early 1990s, when it carried out a series of hydropower development surveys of the river, with the Yarlung Tsangpo Gorge the focus of interest.

In the late 20th century, this gorge was recognised as the world’s deepest. In the 400 kilometres from the top of the gorge, the river twists around the mountain of Namcha Barwa (known as the Great Bend) and loses more than 2,000 metres in altitude, forming several waterfalls and giving up huge energy potential as it goes. Hydropower experts say a tunnel that cuts the river’s natural loop could carry 2,000 cubic metres of water a second, with a drop in altitude of 2,800 metres – enough to power a 50-gigawatt hydropower station that could provide 300 billion kilowatt hours of electricity a year. It would be the largest hydropower project in human history – about three times the size of the Three Gorges Dam.

Eleven hydropower stations are planned on the river, three along the middle reaches from Sangri to Gyaca, and nine on the gorge up to the Great Bend, with total generating capacity of 60 gigawatts.

Work started on the Zangmu Dam – one of the three planned on the Sangri-Gyaca section – in 2010 and this is expected to be generating electricity this year. There are also plans for about 65 gigawatts of hydropower development on the major tributaries of the Yarlung Tsangpo.

India has also been planning hydropower development along the Yarlung Tsangpo and its tributaries on a huge scale; public and private companies have proposed 168 massive dams, to produce 57 gigawatts of hydropower in the country’s north-east. 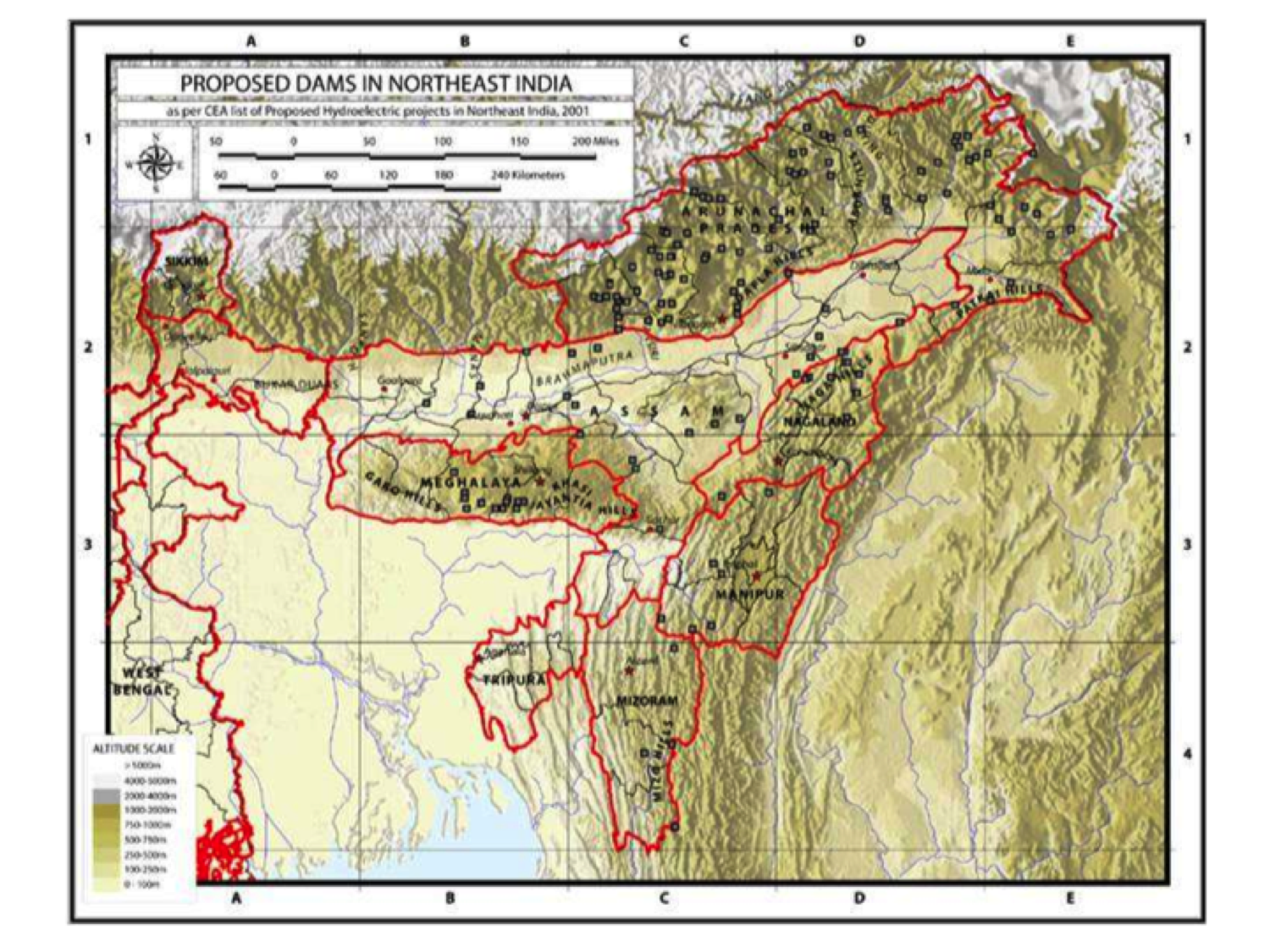 The Yarlung Tsangpo Gorge is a young and still active geological formation, any interference could have disastrous knock-on effects, from which the ecosystem may not be able to recover.

There are powerful geological stresses here, and seismic activity and landslides are common. The gorge is still taking shape, and I have found more than 100 active landslips or mudslides which any future earthquakes could worsen.

In the early 1950s, an earthquake of magnitude 8 on the Richter scale caused many secondary landslides, which resulted in sustained flooding downstream. In April 2000, I personally witnessed a huge landslide at Yi’ong, which created a four billion cubic metre barrier lake. Sixty days later the barrier failed. The resulting floods affected millions of people and paralysed transportation. Natural disasters of this type are common here.

We still don’t know what the long-term impact of climate change will be on the Tibetan Plateau, but the glaciers and snowlines of the Himalayas are retreating, depriving the rivers of a source of water. If this continues, the plateau’s waterways will be cut off, or even dry up and the land will become a desert. 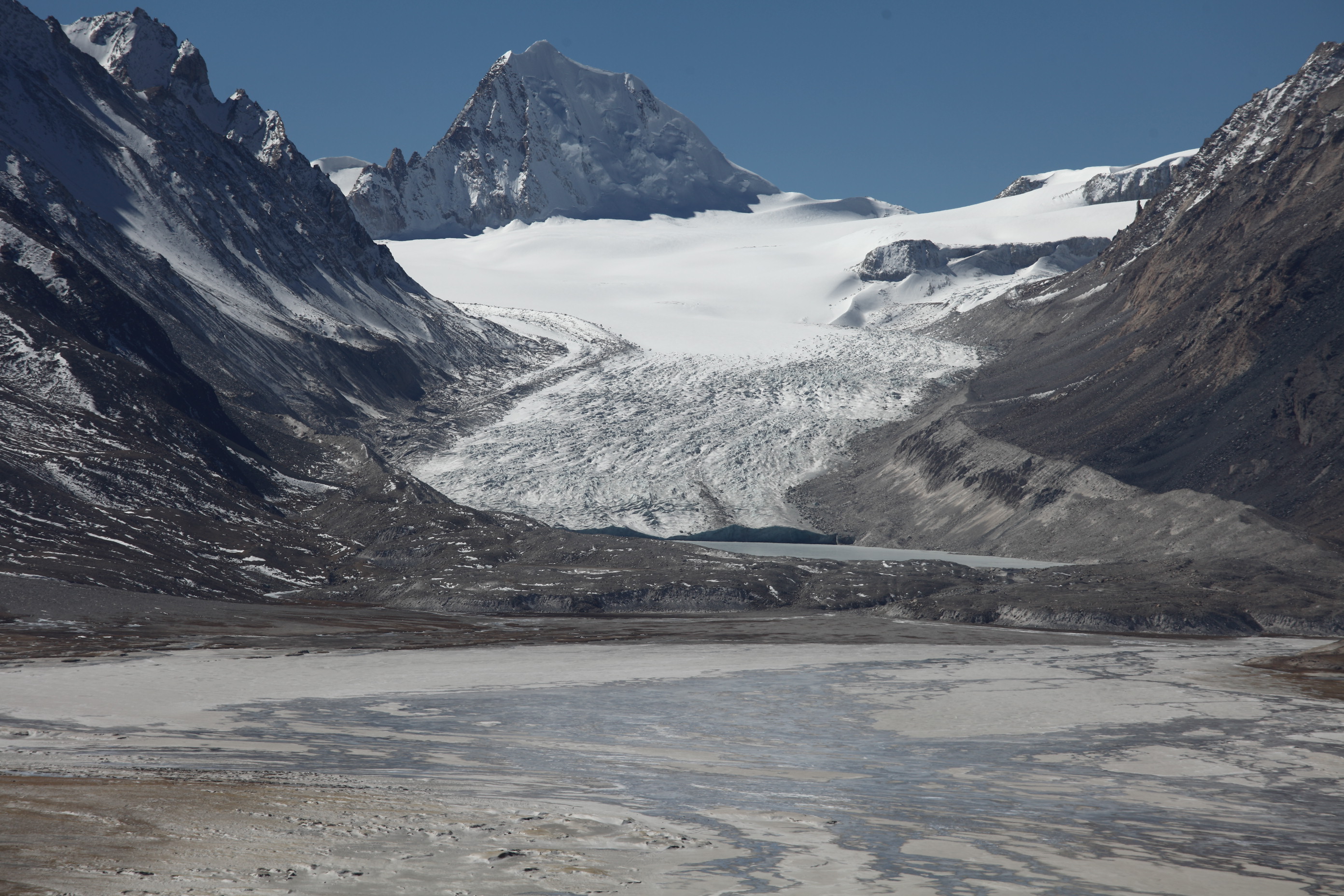 Today, the ecosystem of the gorge region is already in decline. The primary forests made up of tall trees are now over-mature and swathes of forest over 2,500 metres in altitude are dying. Secondary growth is mono-cultural – the forests are failing to regenerate. Meanwhile, the Monpa and Luopa people who live deep in the gorge continue slash-and-burn methods of farming – the forests on many steep slopes have been torched to provide farmland, resulting in the rapid spread of soil erosion and landslides.

Much of the area’s wildlife – it is one of the most biodiverse regions of the world – is also facing extinction. The ecosystem of the gorge and surrounding areas have become fragmented, meaning animals have smaller areas in which to roam. This leads to imbalances in the food chain, while the mono-cultural secondary forests prevent populations growing and surviving.

Yarlung Tsangpo river is a living ecosytem, not just a source of hydropower