Emissions from energy, industry, transport, buildings and agriculture in G20 nations all rose in 2018, despite most having both the technical expertise and economic incentives to lower them, a major report has concluded.

In order to keep global temperature rise to within 1.5°C – the limit recommended by climate scientists on the Intergovernmental Panel on Climate Change (IPCC) – G20 countries need to cut their greenhouse gas emissions by at least 45% by 2030, compared with 2010 levels, and reach net zero emissions by 2070.

But although there are positive signs in certain sectors in some countries, the overall picture painted by the researchers is alarming. If current emissions levels persist, the report states, the remaining carbon budget of 420 gigatonnes of CO2 will be expended in just over nine years.

The G20 are responsible for around 80% of global emissions and the “Brown to Green report” is the most comprehensive annual review of their transition to net zero emissions economies. It is published by the Climate Transparency partnership, a coalition of research organisations and non profits from the majority of the G20 countries.

Drawing on data from the Organisation for Economic Co-operation and Development (OECD), the World Bank and the International Energy Agency, the researchers assess climate action across mitigation, finance and adaptation against benchmarks for keeping temperature rise within 1.5°C. 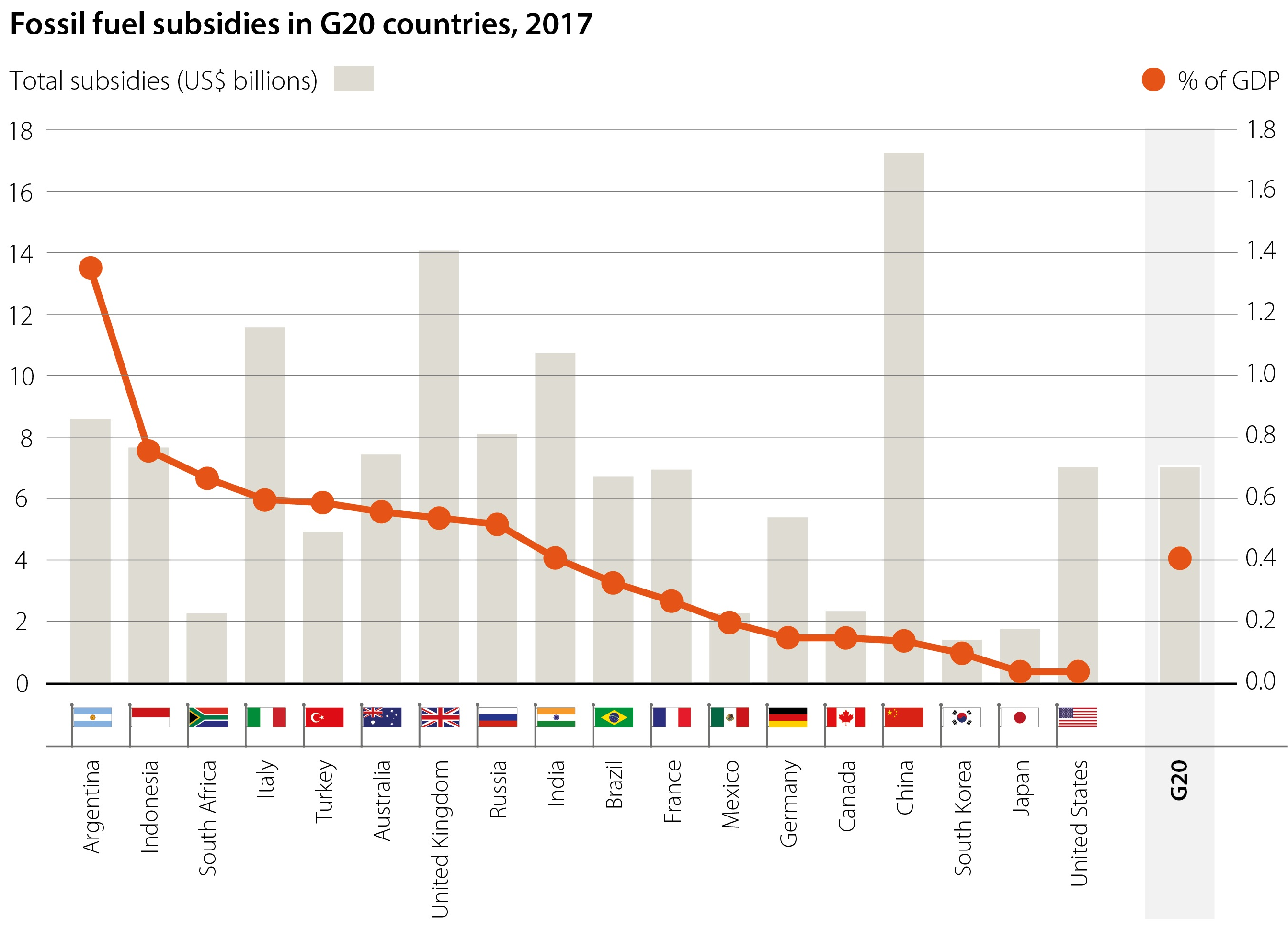 In the industrial sector, this equates to reducing CO2 emissions globally by 65-90% from 2010 levels by 2050. But emissions in this sector are the highest in the G20, accounting for 24% of direct energy-related emissions and 17% of indirect emissions from electricity and co-generated heat in 2018.

Emissions intensity in Indian and Chinese industry is among the highest, partly due to a shift in heavy industry from developed countries towards those that are emerging. However, the researchers also highlighted that both countries have some of the most progressive energy efficiency policies, with measures covering 26-50% of industrial energy use in 2017 in the case of India, and 51-100% in China. But policies on energy efficiency are not enough, and globally the sector needs to accelerate material-use efficiency and demand reduction, they said.

Transport emissions saw a hike of 1.2% in 2018. Low-carbon fuels accounted for less than 6% of the fuel mix – this needs to boosted ten-fold by 2050 to keep global heating below 1.5°C, the report states. Policies need to be more ambitious, with new fossil fuel cars banned by 2035 at the latest, and emissions from freight cut to net-zero by 2050.

Although no G20 country has yet embarked on a comprehensive transition in the transport sector that is 1.5°C compatible, China’s leadership in many areas was stressed. It doubled sales of electric vehicles in 2018 compared with 2017, taking them to 4.5% market share; has the largest electric bus fleet in the world with 400,000 vehicles; and a target for public transport to account for 30% of motorised travel in urban centres by 2020. 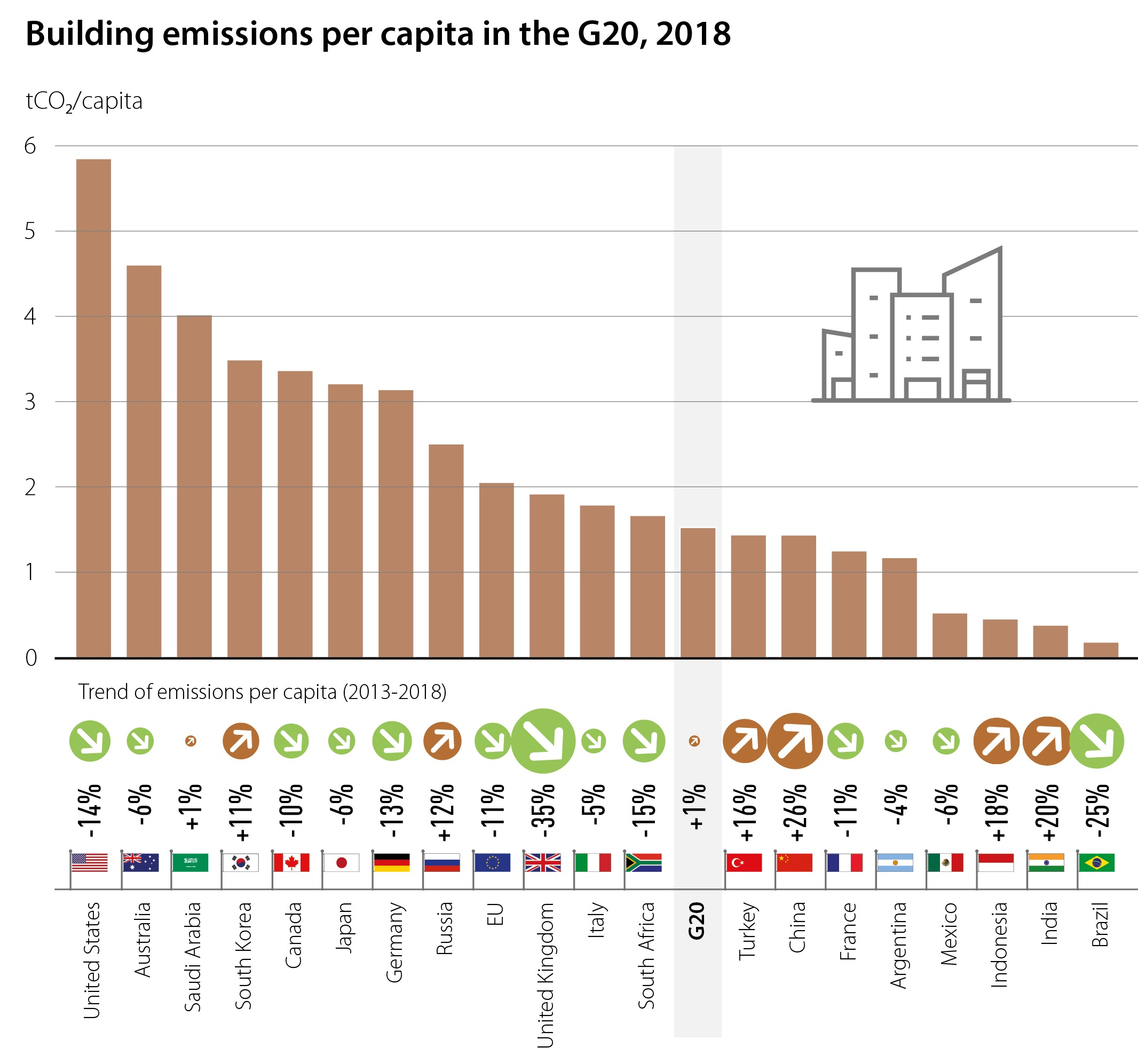 Per capita emissions in the building sector rose between 2013 and 2018 in China, India, Indonesia and Russia, the study noted, with all these countries rating poorly in terms of policy in this area. Retrofitting existing buildings is challenging for all G20 countries. Only the EU, France and Germany have long-term strategies for retrofitting existing buildings, and even these are not compatible with the 1.5°C target.

Another major issue highlighted by the report is tax exemptions and budget support for fossil fuel infrastructure and production, with more than US$127 billion flowing from G20 nations in 2017. Although fossil fuel subsidies declined in nine of these, including China, India, Brazil, Argentina and Indonesia, the researchers caveat that this was partly due to falling prices.

Subsidies for natural gas have remained stable or increased in many countries, in spite of the lower prices, they noted. Diverting just a fraction of fossil fuel subsidies towards renewables could pay for the clean energy transition and reduce emissions significantly, the report states. 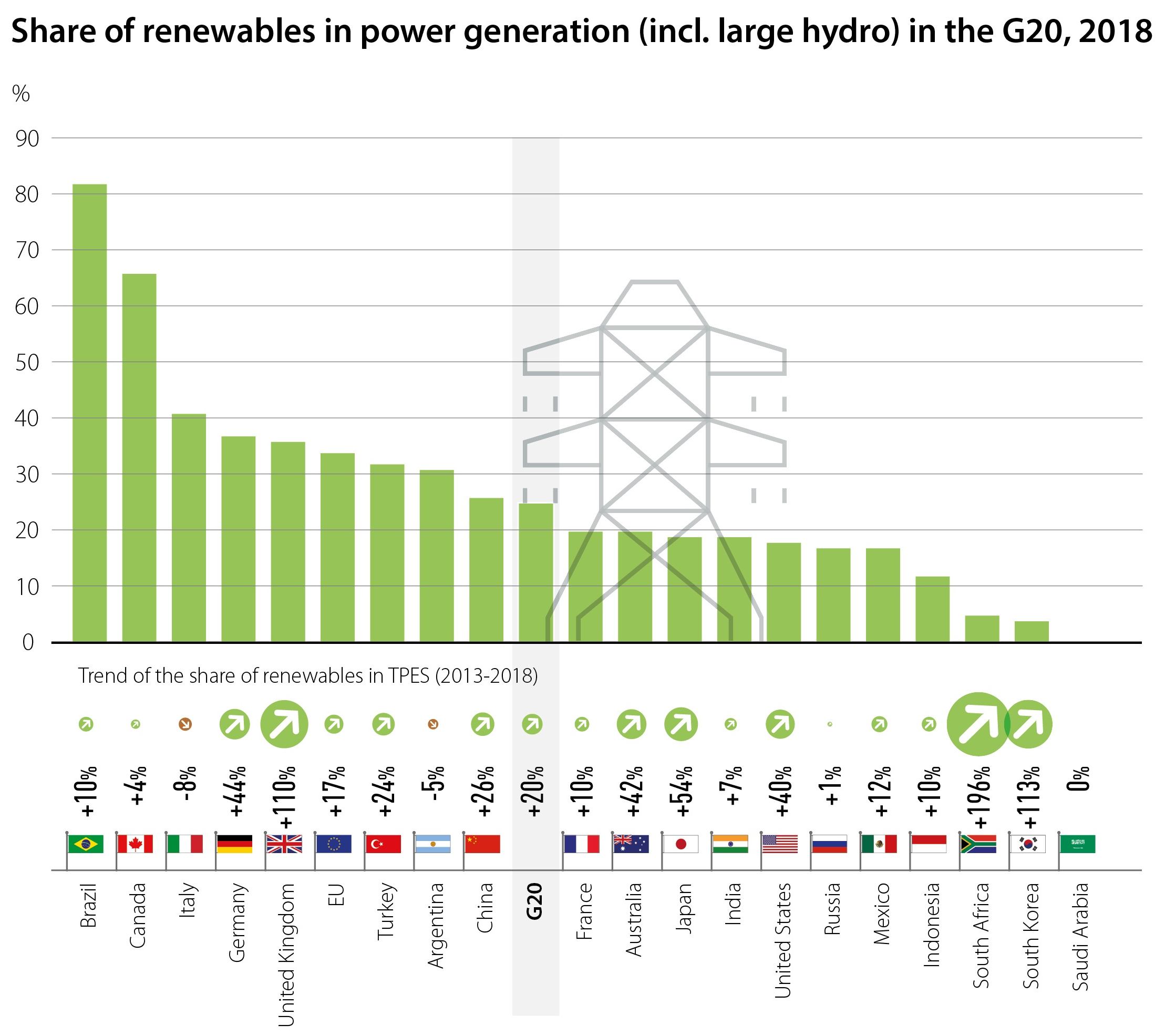 Overall, around half of G20 countries are projected to meet or overachieve their climate plans – known as nationally determined contributions (NDCs) – including China, India, Indonesia and the EU, the researchers found. However, many NDCs are too weak, and would take global temperature rise to 3C, they said.

All signatories of the Paris Agreement are expected to steadily ramp up the actions in their NDCs, with 2020 being the first deadline to do so.

“Overall CO2 emissions have gone up in all sectors, but we’re seeing some frontrunners emerging that others can learn from, like China's policies for promoting electric vehicles and public transport,” said Lena Donat, one of the report’s lead authors.

“In order for the Paris Agreement to succeed, it is clear that the G20 countries need to be climate leaders and pave the way for solutions that developing countries can benefit from,” she added.

Is the UK having a ‘climate spring’?

Have Chinese youth gone cold on the climate?