The vast majority of people, including many in the United States, can’t vote in the US presidential election. Yet the election will have gigantic, potentially irreversible consequences for us all.

The two candidates have put forward radically different visions on climate, the environment and clean energy.

Throughout his time in office, President Trump has expressed scepticism about climate science and scientists. His recent coronavirus diagnosis is at least partially a result of his consistent ignoring of the scientific experts working for him. Meanwhile, Joe Biden, his challenger from the Democratic Party, has the most detailed climate plan of any presidential candidate, ever.

These contrasting visions were especially evident during the first presidential debate. The debate may have been fairly described as “a shitshow”, with constant interruptions by President Trump, and poor performances from both candidates, but it did feature questions on climate change for the first time in 20 years.

Pushed to explain his denial of climate science, President Trump suggested that “a lot of things” cause climate change, including greenhouse gases, but insisted that the Paris Agreement, which he is withdrawing from, was a “disaster from our standpoint” and that Obama-era climate regulations, some of which never came into force, were “driving energy prices through the sky”.

A recent spate of forest fires across the western United States was another significant flashpoint of the debate. In September, climate change exacerbated a “kiln-like” heatwave that broke records, including setting the global all-time maximum temperature record – a scorching 56.7C in Furnace Creek Ranch, Death Valley, California. Constant dry lightning then sparked hundreds of wildfires, which grew into some of the largest ever seen, burning more than 4 million acres of land. Trump argued that the issue was in fact poor “forest management” by the Democrats who govern those states, not climate, though he also cut federal funding for wildfire suppression. 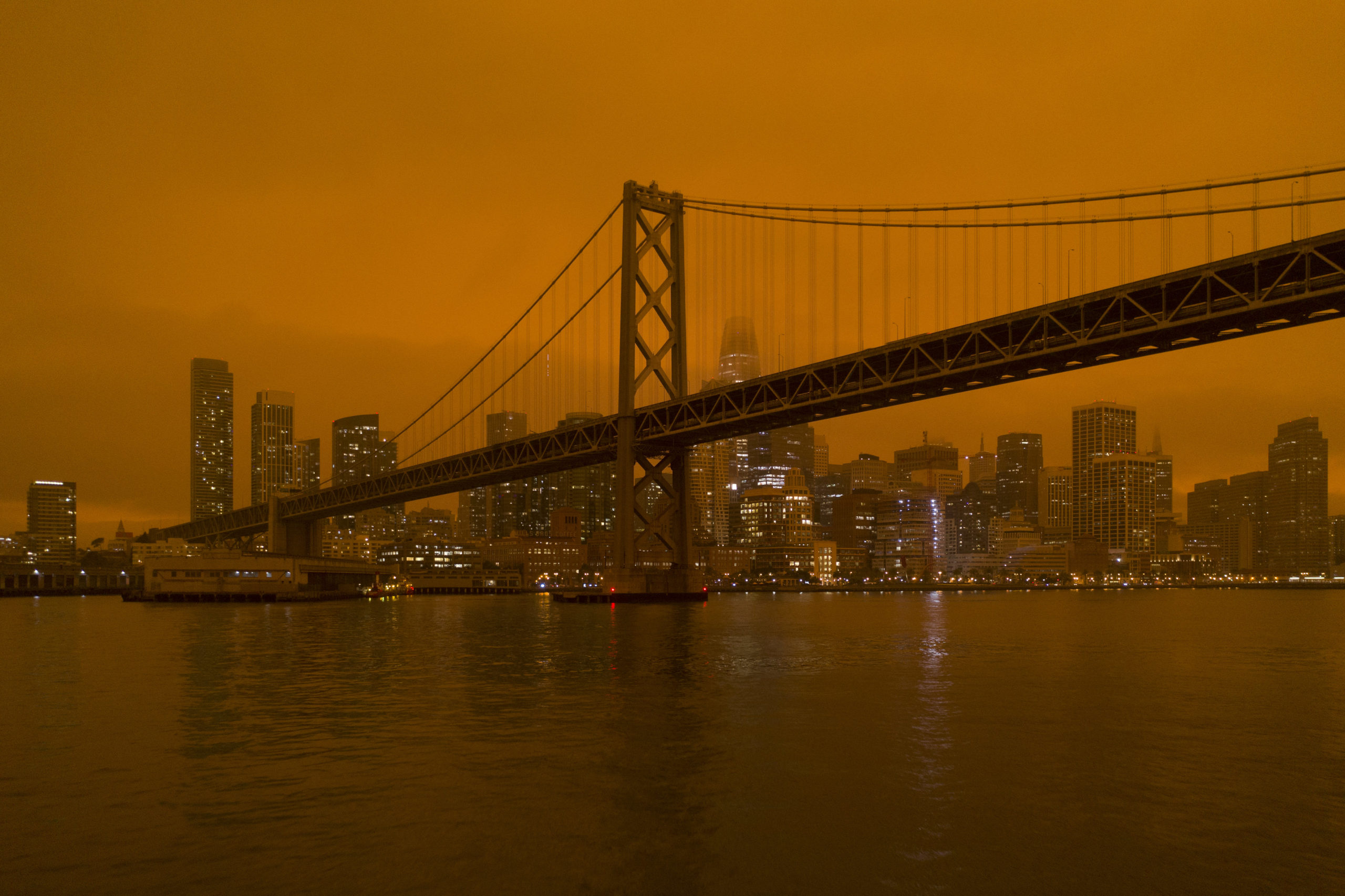 Biden’s climate plans have expanded and evolved considerably since the start of the year when his main point of difference with other leading Democrats was his relative conservatism. During the debate, he committed to a greener recovery plan than Trump’s, which he said would create “millions of good-paying jobs”. He was bullish on the prospects for renewable energy and declared that “nobody’s going to build another coal-fired plant in America”.

But Biden has been at pains to point out, his plan isn’t as radical as the Green New Deal, with less spending, and no ban on fracking. Arguments over fracking have taken on outsized importance during the election campaign because they are a big issue in Pennsylvania, a “swing state”. If Biden wins Pennsylvania he almost certainly wins the election. Currently, the finances of most frackers are perilous. They contribute substantially to US greenhouse gas emissions, and most fracking takes place on privately owned land so can’t be banned by the government. Despite all of this, Biden does not want to directly oppose fracking, lest he be seen as anti-jobs, or overly left-wing.

Heading into the election, voter support for climate action is at near-record highs, with  almost three quarters in favour of government action on climate change, according to a  recent poll by Yale and Climate Nexus. Notably, majorities of voters are also supportive of the Green New Deal and of banning fracking. Clear majorities of Americans also support cooperation and partnership with China on climate, including majorities in Rust Belt states, which have been directly impacted by the recent trade war.

A Biden presidency would likely see renewed engagement with China and international climate negotiations, although it’s not clear how much leverage the US has after four years of inaction at the federal level, and disruptive behaviour internationally. Biden said that just re-entering the Paris Agreement, which the US will leave the day after the election, is not enough. But he’s also argued that the Paris Agreement without the US is “falling apart”, with countries like Brazil backsliding on pledges to reduce deforestation. The participation of the world’s second largest emitter would clearly be good for climate negotiations, but it’s not clear that China and the European Union would be happy with Biden taking the lead. The US may need to earn its seat back at the table by submitting a new climate commitment under the Paris Agreement and making progress domestically first.

According to current polls, Democrats are on course to win the presidency, and the Senate, on top of the House of Representatives, which they already control. This would give them the ability to actually put in place some of Biden’s climate plan. But there’s a problem: the recent death of Justice Ruth Bader Ginsburg means Republican-appointed judges will control the country’s Supreme Court, likely for years to come. Even if climate-friendly Democrats take power and pass legislation, long court battles are likely to await them. President Obama saw his efforts at climate legislation blocked first in the Senate, and then in the courts.

US Democrats battle for climate credibility

What are the prospects of an EU–China climate deal?