“Environmental law offers us a glimmer of hope going forward, especially for the world’s most vulnerable. The adoption of the right to a clean, healthy and sustainable environment is a turning point and a game changer for the acceleration of actions on climate and environment,” Patricia Kameri-Mbote told participants of a conference on ‘environmental law from below’ last month.

The director of the Law Division at the UN Environment Programme was referring to the UN General Assembly’s agreement in July this year that the “right to a safe, healthy and clean environment” is a universal human right. Just eight countries abstained and zero voted against the resolution, giving the historic ruling strong legitimacy.

Fifty years earlier, the UN Conference on the Environment had established for the first time principles of good global environmental governance – a gamechanger for the environmental movement. As in 1972, July’s resolution has opened up large opportunities for grassroots activism on environmental protection.

Held on 27 September at the University of Nairobi, Kenya, the one-day conference saw researchers, lawyers, journalists and students from Kenya, Zimbabwe, Ghana, China and elsewhere discuss environmental rights, litigation, just transitions and the potentials and pitfalls of emerging cooperation between developing countries.

The event was co-organised by the University of Nairobi Law Department, China Dialogue and the Raoul Wallenberg Institute.

The challenge of implementation

The recognition of environmental rights at the UN level provides new opportunities for legal action and for holding polluters and governments to account for the negative environmental impacts of their actions and decisions. These rights are a tool for civil society and vulnerable communities around the world, such as those living in precarious social and economic situations, women and indigenous peoples. In the context of the triple crises of climate, biodiversity and pollution, the ruling could not have come at a more critical time.

Environmental rights are enshrined in the African Charter and the Kenyan Constitution, said Robert Kibugi, senior lecturer in law at the University of Nairobi. But, he added, the enshrinement of rights is only the first step in providing protection to vulnerable communities. The implementation of these legal rights faces major obstacles. Legal cases are expensive and time consuming, often putting them out of reach of impacted communities. They require knowledge and literacy, another barrier to access.

Adding to this, Frank Mpahlo, executive director of the Green Governance Zimbabwe Trust, pointed out that understandings of environmental rights often differ between communities, government and business, creating conflict and disagreement. In fact, Zimbabwe’s landmark 2013 constitution also recognises the right to a clean environment, but “regardless of all the laws being in place, we just don’t see it in practice”, he told the audience. 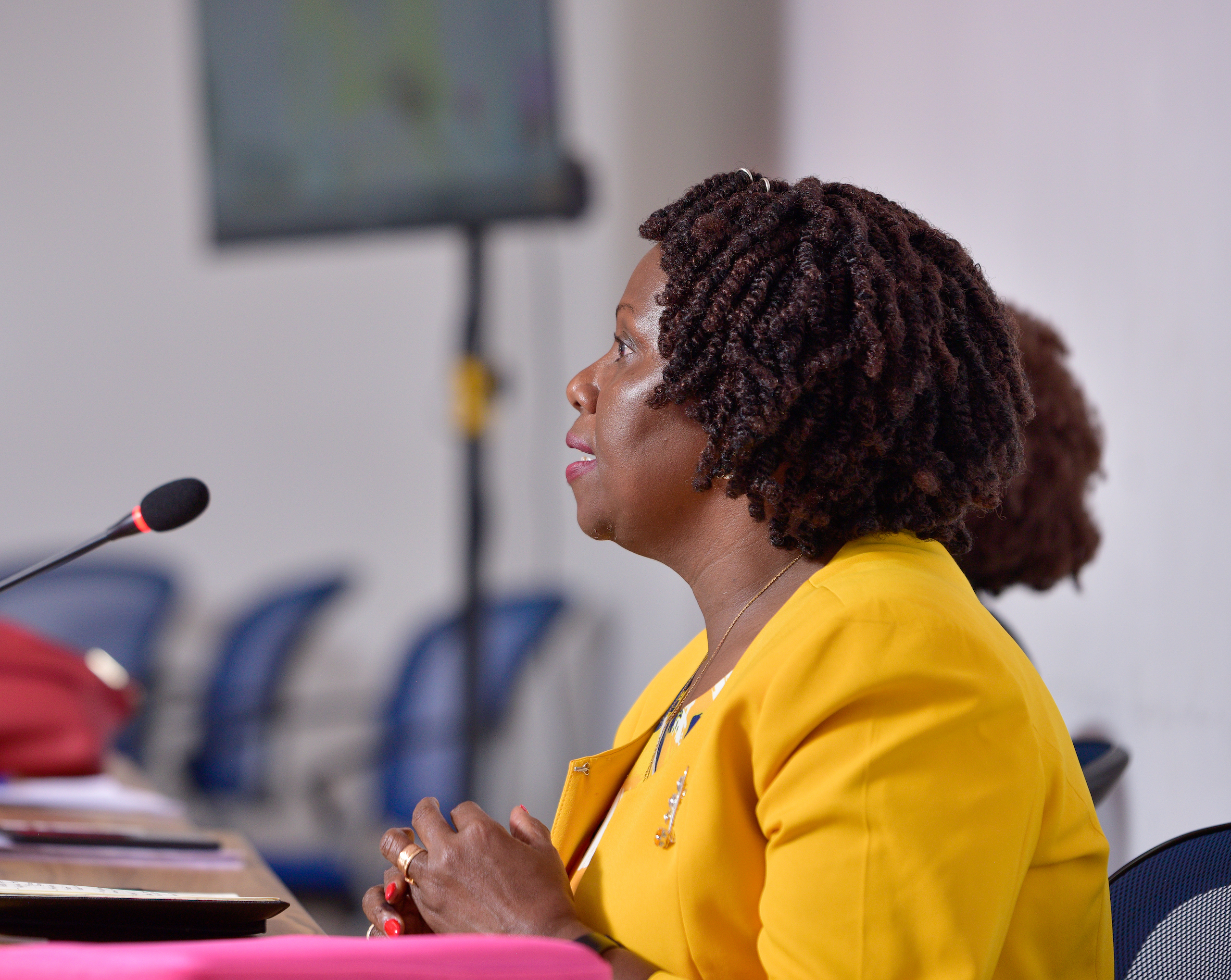 “Environmental law offers us a glimmer of hope.” Patricia Kameri-Mbote, director of the Law Division at the UN Environment Programme, at the conference last month (Image: RWI) 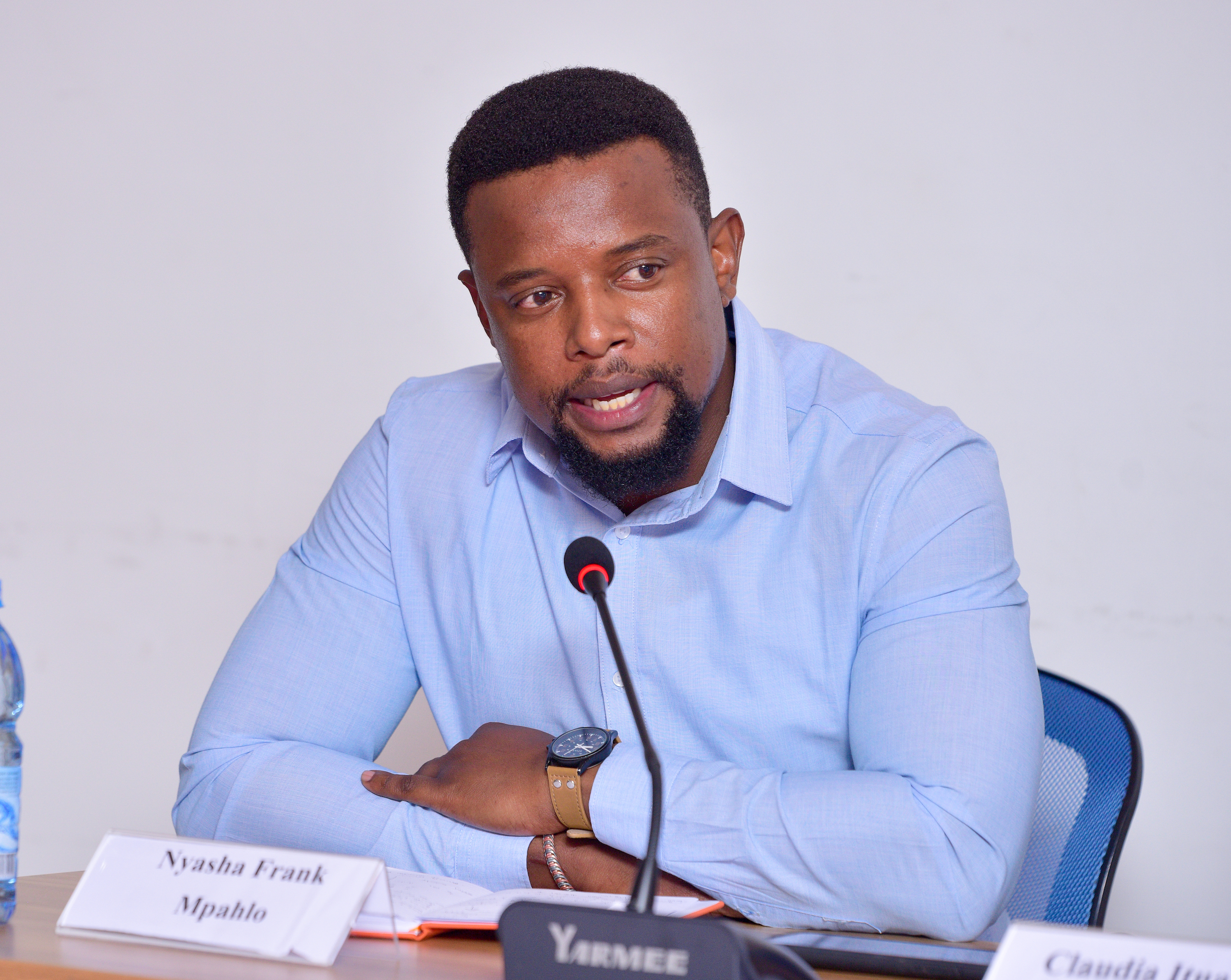 “Regardless of the laws being in place, we just don’t see [a clean environment] in practice.” Frank Mpahlo, executive director of the Green Governance Zimbabwe Trust (Image: RWI)

Education and awareness building is required to counter this. Li Fung, senior human rights advisor to the UN resident coordinator in Kenya, emphasised the role of public participation and the civic space in forming a culture of environmental rights. In Kenya, public participation is recognised as a value of governance in the constitution. Kenya has seen a number of landmark environmental litigation cases in recent years that demonstrate this, including the successful cases against the Lamu coal power plant project in 2019 and in response to lead poisoning from a battery recycling plant in Mombasa in 2020.

Kibugi noted, however, that the strength of environmental litigation as a tool for environmental justice in Kenya should not be viewed as a simple success. The role of the law and litigation is as a final line of defence against malpractices. Over-reliance on legal tools indicates negligence on the part of legislators and the implementers of legislation.

The discussions also highlighted the relevance of environmental rights and justice to economic and social transitions, which are central to how the world responds to the climate, biodiversity and pollution crises.

As the global economy moves away from a model dominated by fossil fuel technologies, extraction of resources and single-use products, communities across the world will be impacted.

New employment opportunities will arise, but old modes of employment and livelihood will end.

It is critical that these transitions are managed in a way that minimises damage, creates opportunities and provides justice to communities.

Transitions touch whole communities. For example, the closure of coal power plants and mines affects not only the direct employees of those projects, but also the shops, services, cultures and livelihoods that have been built up around them. Large transitions will lead to winners and losers. We should be aware of how and, critically, for and by whom the concept of “just” is being defined. These issues need to be considered now in order to ensure the most vulnerable in society do not lose again as our societies and economies undergo transitions. One participant noted that, while the global energy transition is picking up momentum, too many green investments are replicating the extractive logic that has shaped coal and hydropower development in Africa and elsewhere over the last century. If not addressed, this will see the benefits of the new energy generation models unevenly distributed, to the detriment of communities’ environmental rights.

Kibugi pointed out that transitions also require new modes of thinking about development. For example, Article 24 of the 1981 African Charter on Human and Peoples’ Rights speaks of the “right to a general satisfactory environment favourable to [people’s] development.” Too often across the continent this has set up a binary between environment and development, which “falls prey to politics”. This is not a useful starting point, he argues. Instead, we should recognise the symbioses of economic development and the maintenance of ecosystems. An African protocol on the human right to a clean and healthy environment could reset the equation.

Over the last decade, the prospect of South–South cooperation on development, climate and environmental issues has risen up the agenda for countries in the Global South. It proposes that cooperation can come from fellow developing countries, whose recent experiences bear similarities and, therefore, greater potential learning opportunities. The involvement of China as an emerging development actor has been particularly prevalent.

However, the promise of a South–South alternative with less hierarchical relations and greater respect for ownership and rights has proven problematic. The involvement of powerful corporate actors, in particular, has presented a very uneven playing field between project developers and local communities. Responding to these issues, civil society in Global South countries has begun to focus more on the operations of new development actors, such as China, aiming to hold to account the various stakeholders, encourage transparency, and ensure legal processes and best practices are followed in regards to community and environmental rights. Increasingly, this is also involving direct engagement with stakeholders such as Chinese embassies and construction companies, with some examples of productive engagement.

Knowledge and information on China as a development actor is fragmented, however, posing barriers to effective engagement by local communities and civil society. For one, China is too often seen as an exception and an outlier when it comes to development cooperation. In reality, Chinese stakeholders often behave in similar ways to their counterparts in the OECD (Organisation for Economic Cooperation and Development), and indeed build on and learn from the frameworks and norms laid down by others.

Looking at China’s rise as a development actor in isolation can also lead to understanding it through unexamined catchphrases and concepts – whether “debt-trap diplomacy” or “win–win cooperation”. A better way might be found in emphasising how China and its people form an integral and interconnected part of global capitalism. This approach, explored in a recent book “Global China as Method” puts greater emphasis on grassroots perspectives on Chinese investments abroad, and suggests new ways that people in recipient countries might access information and navigate complex decisions.

Questions of environmental rights, justice and South–South cooperation will be major themes at this year’s upcoming UN conferences on climate change and biodiversity, headed by Egypt and China, respectively.

Analysis: Forest carbon credits are not a ‘free pass’ for forest destroyers