“Kicking the can”, “pointing fingers”, and “divorced from climate impacts” were descriptions used by observers to describe progress at the latest round of global climate talks in Germany.

The Bonn climate talks marked a shift in emphasis. After the “Paris rulebook”, which governs how measures set out in the Paris Agreement will work in practice, was finalised at last year’s COP26 climate summit, the focus has now shifted to implementation.

However, in the few months since the Glasgow meeting, geopolitics has been further complicated by Russia’s invasion of Ukraine and the knock-on fears for energy and food security. Outgoing UN climate chief Patricia Espinosa recently said that these immediate problems were distracting politicians.

“This is where I think that the focus can shift far away from climate change, even if those very issues, like energy and food security, are very much linked to climate change,” she told Carbon Brief. 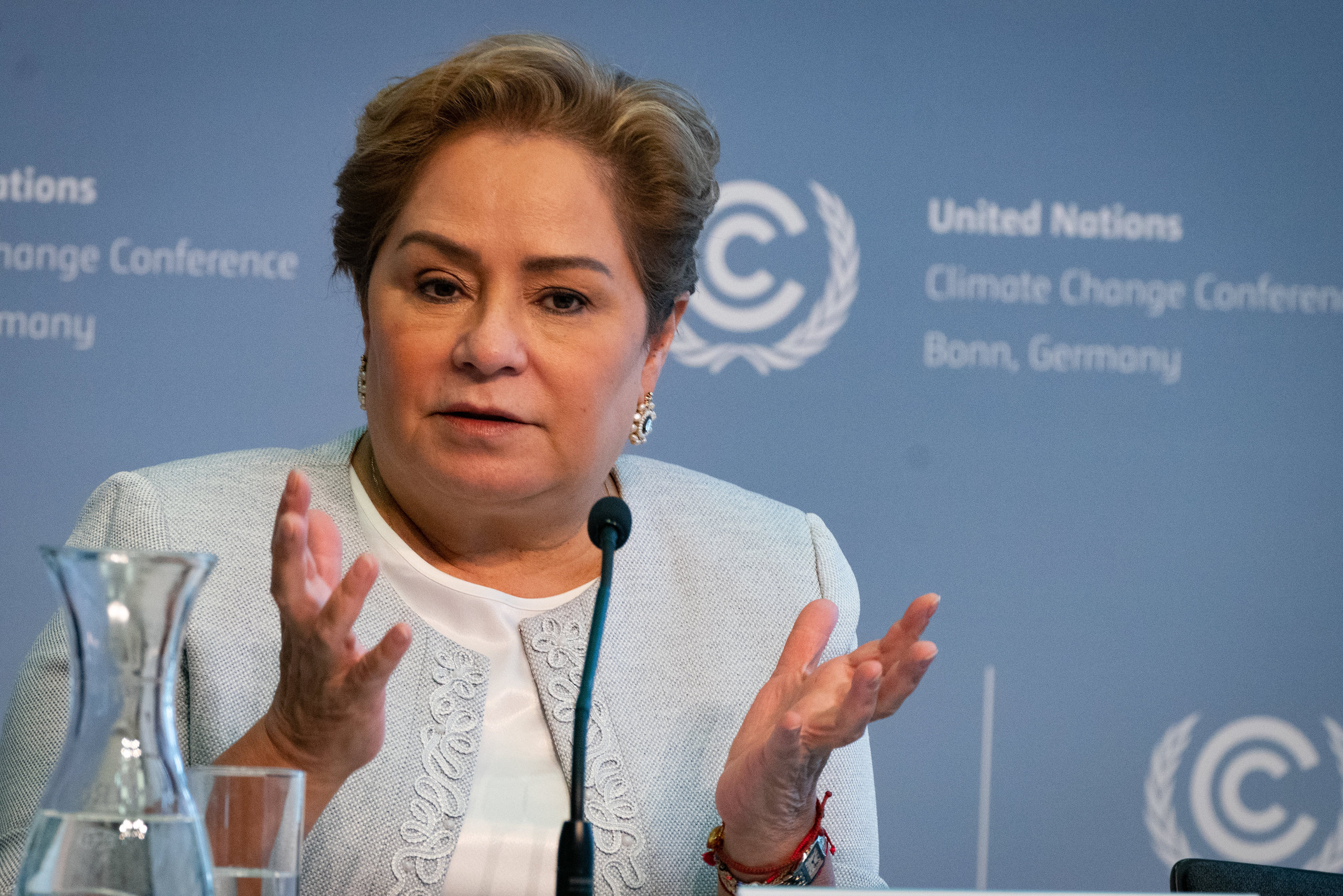 Loss and damage was a major theme in the Bonn talks. It refers to the impacts of climate change where adaptation is impossible, including immediate damage from extreme weather and slow-onset problems such as the loss of agricultural land and rising sea levels. Loss and damage has risen up the agenda as climate change has become more severe, hitting poorer countries the hardest.

Developed countries have pushed back on earmarking specific finance for loss and damage, anxious to avoid opening the door to “compensation” claims around historical responsibility. Developing countries in the G77 plus China negotiating group left the Glasgow talks disappointed that richer nations had failed to agree to its demands for a finance facility for loss and damage. As a compromise, the “Glasgow Dialogue” was set up, under which the issue would be discussed, starting in Bonn.

But developed countries “kicked the can down the road”, according to Mary Friel, climate justice lead for the charity Christian Aid. The issue of loss and damage was not added to the formal negotiating agenda for the upcoming UN climate talks at COP27, which will be held in Sharm el-Sheikh, Egypt, in November. However, New Zealand voiced support for loss and damage finance, joining Scotland, which pledged £1 million (US$1.2 million) in Glasgow. Some countries called for scientists on the Intergovernmental Panel on Climate Change (IPCC) to write a report on the issue to inform the talks.

A new strand of discussions known as the “mitigation work programme” began in Bonn. Countries agreed to start the programme at COP26, to reflect the need to urgently scale up the ambition of current mitigation plans and the pledges made in Glasgow, which have been estimated to push global average temperature rises to around 2.4C, rather than the “well under 2C” agreed in Paris in 2015.

The talks did not progress far in Bonn, as several major bones of contention emerged. Language being negotiated included the term “major emitters”, which the US insisted on to force countries such as China to take greater responsibility for cutting greenhouse gases this decade. However, China, along with India and Saudi Arabia, strongly opposed this, arguing that the US had far greater historical responsibility for climate change.

Another split surfaced over the duration of the programme. Some supported the idea that it should continue until 2030, while others, including China, wanted it to last a year only. The Alliance of Small Island States (AOSIS), meanwhile, called for it to have no restrictions on timescale, given the huge gaps between commitments and action seen so far.

Countries also discussed whether individual sectors of the economy should have specific climate targets, an idea backed by the EU. But developing countries, including India, opposed this. Such were the disagreements that the final text that emerged from discussions on the programme may not be taken forward for negotiation at COP27, said Tom Evans, a researcher at thinktank E3G.

Discussions had missed the point, Evans said in a press conference. “The merits of what this should look like and the pros and cons of the design can be argued endlessly. The key thing that we’re not seeing is a sense that there needs to be a collaborative approach. You have to put aside the arguments about who does what.”

The climate crisis would not be solved if the process was used to “just point fingers at each other”, he added.

Other technical discussions in Bonn centred around the first “global stocktake”, under which countries will assess whether they are collectively taking sufficient action to keep within the temperature rise agreed in Paris. The outcome of the stocktake will inform the next round of nationally determined contributions (NDCs), with updates to these national climate plans next due in 2025.

Countries also discussed how much climate finance should be provided after 2025, following up on the long-standing US$100 billion annual climate finance goal – which has yet to be met. Finance for adaptation was also a theme, following on from the COP26 pledge by developed countries to double adaptation finance by 2025.

The Global Goal on Adaptation, which broadly aims to increase the capacity for nations to adapt to climate impacts, remains undefined, seven years after it was included in the Paris Agreement. It will be taken forward for formal discussions at COP27.

With just over four months until the Egypt summit, the state of play at the close of the Bonn talks was “divorced from the climate impacts that are already hitting”, according to Alex Scott, E3G’s climate diplomacy and geopolitics programme leader.

Frameworks agreed in Glasgow to turn political vision into reality, such as those on adaptation and loss and damage, had not made progress in Bonn, with “almost blank pages” on what they will look like, she said.

David Waskow, director of the International Climate Initiative at the World Resources Institute

“It looks like negotiators have come here without the political wiggle room to work out what the pathways forward need to be, and to make sure that we get to COP27 with a real sense of how we’re going to realise that political vision for faster action this decade,” Scott said.

The Egyptian presidency of COP27 will have a “huge agenda” to take forward, but is lacking support from other political leaders, she added.

The Bonn talks were the last under the UN Framework Convention on Climate Change (UNFCCC) before COP27. However, there are other opportunities for politicians to discuss climate before then. These include the G7 summit in Germany, the Petersberg Climate Dialogue – an annual forum for ministers to discuss action – and the UN General Assembly in September. This will be followed by the Clean Energy Ministerial, which will discuss initiatives in energy and transport, as well as the meetings of the International Monetary Fund and World Bank in October.

These are key opportunities for political momentum to increase ahead of COP27, said David Waskow, director of the International Climate Initiative at the World Resources Institute.

“Perhaps the most decisive outcome from the Bonn talks is that developed countries now realise that the chorus calling for solutions to loss and damage is only getting louder, and addressing this issue is a central measure of success for the UN climate summit in Egypt,” he said.

“Now the pressure is on for leaders to pick up the slack and use upcoming diplomatic gatherings to deliver the political momentum that is needed ahead of COP27,” he added.

COP26: What was agreed at the Glasgow climate talks?

Could the Rhino Bond accelerate finance for biodiversity?