A deal to cut shipping emissions by at least 50% on 2008 levels by 2050, with a strong emphasis on scaling up action to 100% by mid-century, was agreed by 173 nations at the International Maritime Organization (IMO) on Friday.

Countries also agreed to reduce the carbon intensity of international shipping (CO2 emissions per tonne mile) by at least 40% by 2030, and to pursue efforts towards 70% by 2050, compared to 2008. The deal contains a strong emphasis on increasing the cut towards 100% by 2050, if this can be shown to be possible.

Shipping and aviation were not included in the 2015 Paris Agreement on climate change, on the understanding that these sectors would come up with their own emissions reduction plan soon afterwards. Members of the International Civil Aviation Organization (ICAO) agreed a deal on emissions in October 2016, leaving shipping as the only sector with no plan to mitigate climate change.

The IMO had been coming under increasing pressure internationally over its failure to commit to GHG reduction targets. The EU was particularly vocal, and in November, the European Parliament approved a proposal to include shipping in the EU Emissions Trading System (EU ETS) from 2023, unless the IMO approved an ambitious emissions reduction plan.

The maritime sector is responsible for 2-3% of global emissions, but this is predicted to rise by 50-250% by 2050 as global trade grows, according to a report by the IMO in 2014. Talks on reducing the sector’s impact have repeatedly stalled as countries including China, Brazil and Japan have argued that tighter restrictions on emissions would damage their economies. 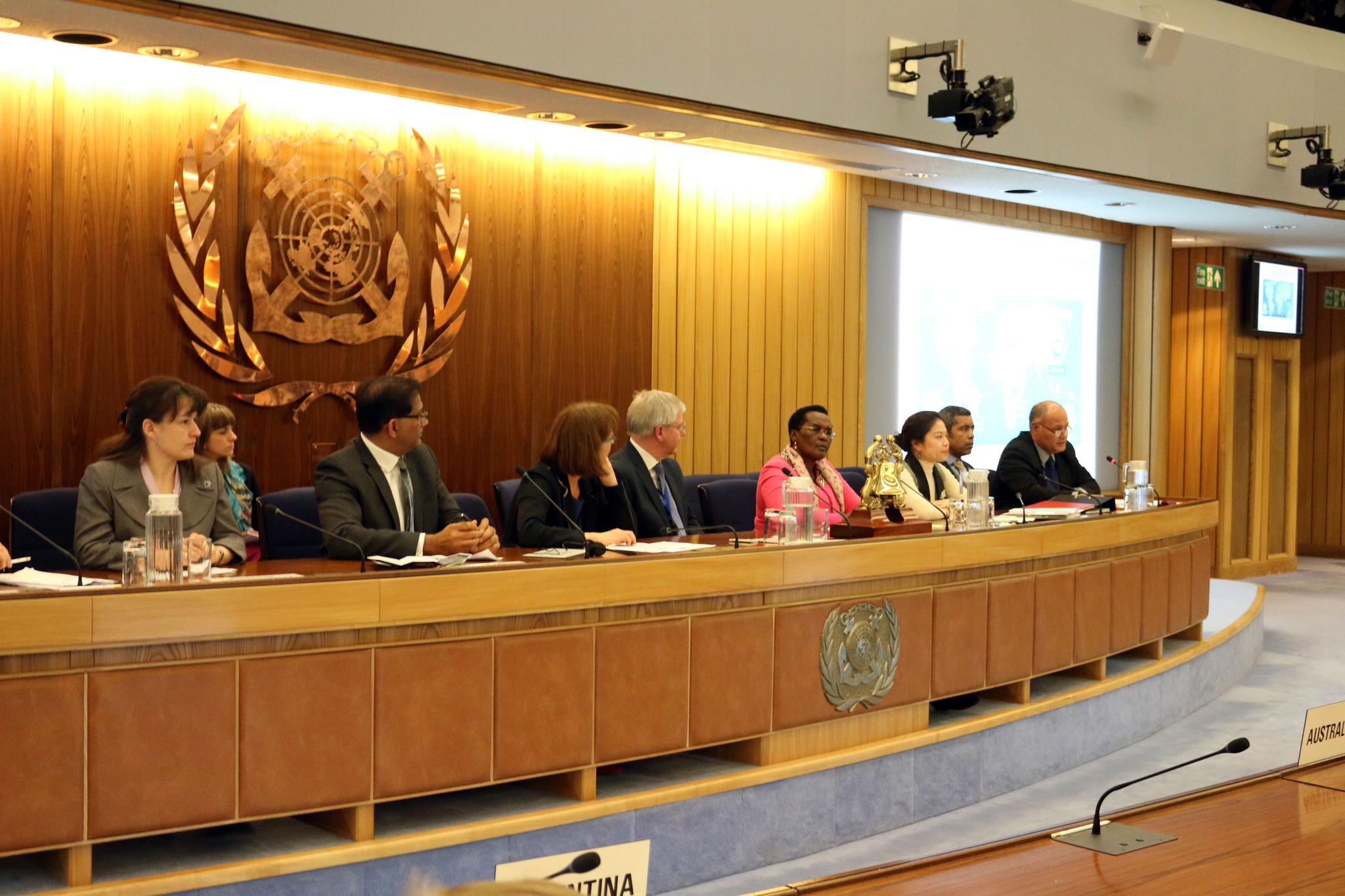 However, recent research has flagged up opportunities for the sector to decarbonise. A study by the Organisation for Economic Co-operation and Development (OECD) published in March concluded that the sector could reach “almost complete decarbonisation” by 2035 using known technologies.

Conversely, a report by analysts at Lloyd’s Register and University Maritime Advisory Services found that no zero-emission vessels (ZEVs) were likely to be more competitive than conventional shipping by 2030. However, it did state that the technology was evolving rapidly and that, over the next decade, the gap could be reduced faster than it had estimated.

Friday’s agreement was struck following two weeks of intense negotiations. Small island states such as the Marshall Islands, which are particularly vulnerable to sea level rise, had been pushing for complete decarbonisation by 2035, while EU member states were suggesting cuts of 70-100% by 2050.

Brazil and Argentina had been pushing against absolute reduction targets, arguing that their geographic location, far from other markets, meant that they would be disadvantaged by measures such as reducing speed on ships, which would especially hit exports of fresh produce.

China had also been opposed to absolute emissions reductions, though it had not put forward any proposed targets of its own. However, China and Argentina did not in the end oppose the deal. Only the US and Saudi Arabia made an official objection to the draft text, with Brazil opposing the absolute carbon target.

Faig Abbasov, shipping officer at campaign group Transport and Environment (T&E), noted that, during closing speeches at the final session of the IMO’s meeting, sixty-five countries supported the strategy as it was. Only three opposed it, in whole or in part.

“Probably China didn’t want to be seen as isolated, one of the three compared to 65. In its speech, China welcomed the strategy,” he said.

One observer present at the talks reported that China was the first delegation to comment on the deal, after it was approved by chairman Hideako Saito. China welcomed the adoption of the initial strategy, which they described as a sensible compromise taking into account the views of all countries. It also said the deal sent a strong signal on the commitment of the shipping industry to a zero-carbon future.

China welcomed the adoption of the initial strategy, which they described as a sensible compromise

The agreement, though significantly weaker than the most ambitious countries had been hoping for, was hailed by campaigners as a “potential game changer” that would send a significant signal to industry.

“While such changes are massive for a global industry, which has a fleet of over 50,000 ships trading internationally, UK-led research has shown that with the correct level of investment and better regulation, these reductions can be achieved,” he said.

Bill Hemmings, shipping director at T&E, said: “This decision puts shipping on a promising track. It has now officially bought into the concept of decarbonisation and the need to deliver in-sector emission reductions, which is central to fulfilling the Paris Agreement.”

Trade association for the global shipping industry the International Chamber of Shipping (ICS) called the deal “groundbreaking”. ICS secretary general Peter Hinchliffe said: “The agreed IMO objective of cutting the sector’s total GHG emissions by at least 50% before 2050, as part of a continuing pathway for further reduction, is very ambitious indeed, especially when account is taken of current projections for trade growth as the world’s population and levels of prosperity continue to increase.”

He acknowledged that some governments wanted more aggressive targets, but said that a 50% cut in GHGs by 2050 could only realistically be achieved with the very widespread use of zero CO2 fuels.

“ICS believes that if this 50% goal is successfully met, the wholesale switch by the industry to zero CO2 fuels should therefore follow very swiftly afterwards,” he added.

Campaign groups under the umbrella of the Clean Shipping Coalition (CSC), however, highlighted the lack of a clear plan for ensuring the target is met, and urgently needed short-term measures.

John Maggs, president of the CSC and senior policy advisor at Seas At Risk, said: “What happens next is crucial. The IMO must move swiftly to introduce measures that will cut emissions deeply and quickly in the short term. Without these, the goals of the Paris Agreement will remain out of reach,” he said.

According to UCL, the strategy does not alone secure the shipping sector’s contribution to keeping global temperature rise below 1.5C. But it does increase the possibility that this can be achieved, providing countries agree immediate measures to implement the strategy and significantly reduce GHG emissions by 2023.

The strategy is due to be reviewed in the light of a report by the Intergovernmental Panel on Climate Change (IPCC) later this year, which is considering what measures are needed to achieve the 1.5C goal of the Paris Agreement.

Abbasov said: “The deal is a non-binding resolution, it’s just a commitment. The important thing is binding, regulatory and enforceable measures. The action plan will be discussed at the next IMO environment meeting in December. We were hoping it would be discussed this week, but unfortunately it was separated from the strategy.”

This view was supported by Dutch Green MEP Bas Eickhout, who has long been pressuring the IMO to raise its ambition. In a tweet, Eickhout said: “Not enough for Paris implementation but a big step for international shipping. Next: concrete actions on the short term; we can't afford years of waiting.”

China is cracking down on air pollution from shipping