Svay Rieng, a town in south-eastern Cambodia, is both a gateway to Vietnam and for more than a decade now a hotbed of Cambodian industrial development. But a lack of compliance with environmental and labour regulations has raised tensions with local communities.

The region is home to almost a dozen industrial parks, many of them the direct result of Cambodia’s growing integration with Chinese industry.

A new and more hopeful precedent was set last November, when Qilu (Cambodia) Special Economic Zone Co Ltd signed a US$1 billion strategic cooperation deal with an association of Chinese investors to set up a “green” special economic zone (SEZ) in the province.

The number of Special Economic Zones in Cambodia

The newly established Environmental Protection Industry Associations of Cambodia (EPIAC) heralded the deal, calling it the “first and, so far, only environmentally friendly industrial zone”. EPIAC’s role is to ensure compliance with Cambodian environmental law and investment regulation, says Guo Yangping, executive president of EPIAC, who will be in charge of the planning and designing of environmental protection solutions at the industrial park.

Many of Cambodia’s environmental laws and regulations are up to international standards, but few Chinese factory owners comply with the law when setting up factories in the country, Guo says. At this stage, little is known about what new rules have been put in place to protect Svay Rieng from pollution caused by the recent surge of manufacturing in the region.

Yu Haitian, a representative of the National People’s Congress of China and the mayor of Zibo in Shandong province, said in an interview with Khmer Daily that Zibo will use the Qilu SEZ in Cambodia as an active participant in the Chinese Belt and Road Initiative.

In Cambodia, Guo says: “There is no doubt that the focus is on the Chinese market. There is the Belt and Road policy, and China is a big market. Many factories are looking to move to set up in Southeast Asia, and Cambodia is the first choice.” One of the drivers of this trend, he says, is that the trade war between the US and China has made it difficult for factories to produce and export from China.

EPIAC was only launched in November last year, with the goal of formulating plans and policies for Cambodia’s environmental protection industry. The hope is that Qilu SEZ, with its integrated system of water supply, sewage treatment and clean-energy power generation, will set an industry standard in Cambodia.

Guo says: “Qilu is the first. We want to make this an exceptional project for Cambodia, for everybody to see, and we are going to adapt this type or style to help more industrial zones and more factories to go green.” Figures from the Council for the Development of Cambodia (CDC) show that, as of 2019, Cambodia had 54 Special Economic Zones.

Another hope is that Qilu SEZ will solve a problem that has grown with the expansion of industry in the region: illegal discharge of wastewater from Chinese and other foreign-owned factories into streams and canals. This has been a particular concern for local communities living close to the economic zones.

In 2016, a garment manufacturer in Svay Rieng province was found to be discharging untreated wastewater from the Taiwan-backed Manhattan Special Economic Zone into a canal, allegedly killing fish and livestock. That same year, Cambodian environment officials found Chinese electronics manufacturer Kuan Tech had dumped sewage into a stream in Takeo province west of Svay Rieng. A year later, a Chinese garment factory in Takeo province was fined $7,500 for releasing untreated wastewater into local streams. 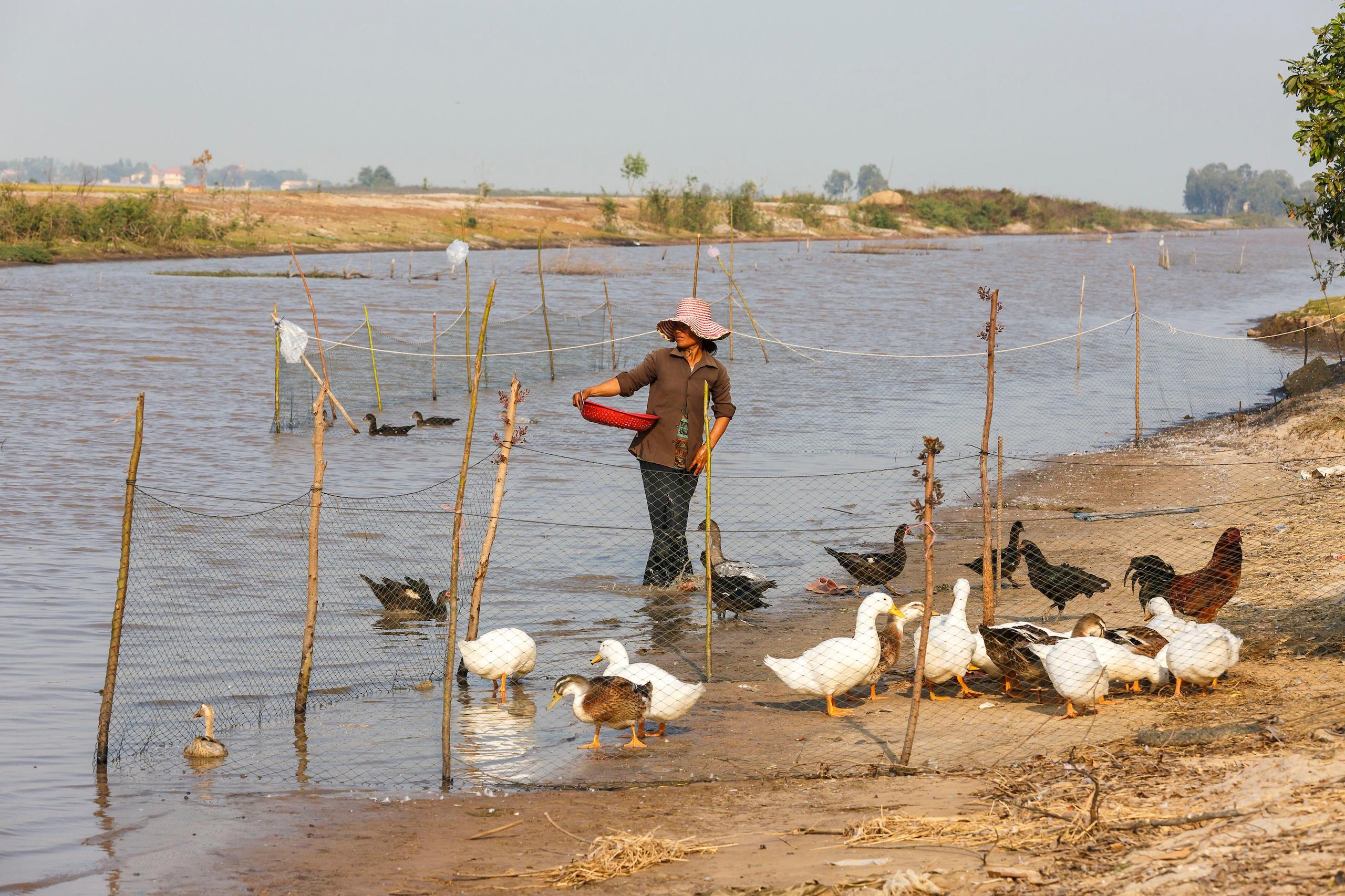 Another hope is that Qilu SEZ will solve a problem of illegal discharge of wastewater from Chinese and other foreign-owned factories into streams and canals – a particular problem for local communities (Image: Leroy Francis/Alamy)

Guo praises the design of the new SEZ, which will have a sewage-treatment system capable of treating 20,000 cubic meters per day by 2022, enabling the zone to recycle its industrial waste and water. Guo added that the industrial zone will eventually move towards using renewable energy, such as solar power, though no details are yet available to show how it will make this transition.

Qilu SEZ is situated on a 450-hectare industrial park, with room for up to 50 enterprises, based on data from the Shandong Provincial Department of Commerce. As of December 2020, nine factories from China have set up there, producing textiles, shoes, travel goods, bicycles and rice, according to the SEZ monthly report submitted to Cambodia’s Ministry of Commerce.

More factories are on their way to Qilu SEZ. In February this year, approval was given for a $15-million factory to be run by Cart Tire Co. Making tyres has never been an environmentally friendly enterprise.

Ros Pharith, deputy governor of Svay Rieng province, told China Dialogue that since the first SEZ was established in 2005 the​​​​ number of factories in the province set up by Mainland Chinese investors has overtaken those from Taiwan, South Korea and Japan. Svay Rieng has 11 SEZs in total, with eight in operation, and three still in the development stage, according to Pharith.

Despite the pandemic, exports from Svay Rieng increased by $237 million year-on-year in the first quarter of 2020, in no small part due to increased manufacturing in the existing SEZs. Formerly one of Cambodia’s poorest provinces, the region has been greatly affected by becoming a manufacturing base for Chinese companies.

Despite the pandemic there are several more investments in the pipeline for Svay Rieng waiting for official approval. “With infrastructure in place, I expect to see the number of factories increase,” Pharith added. 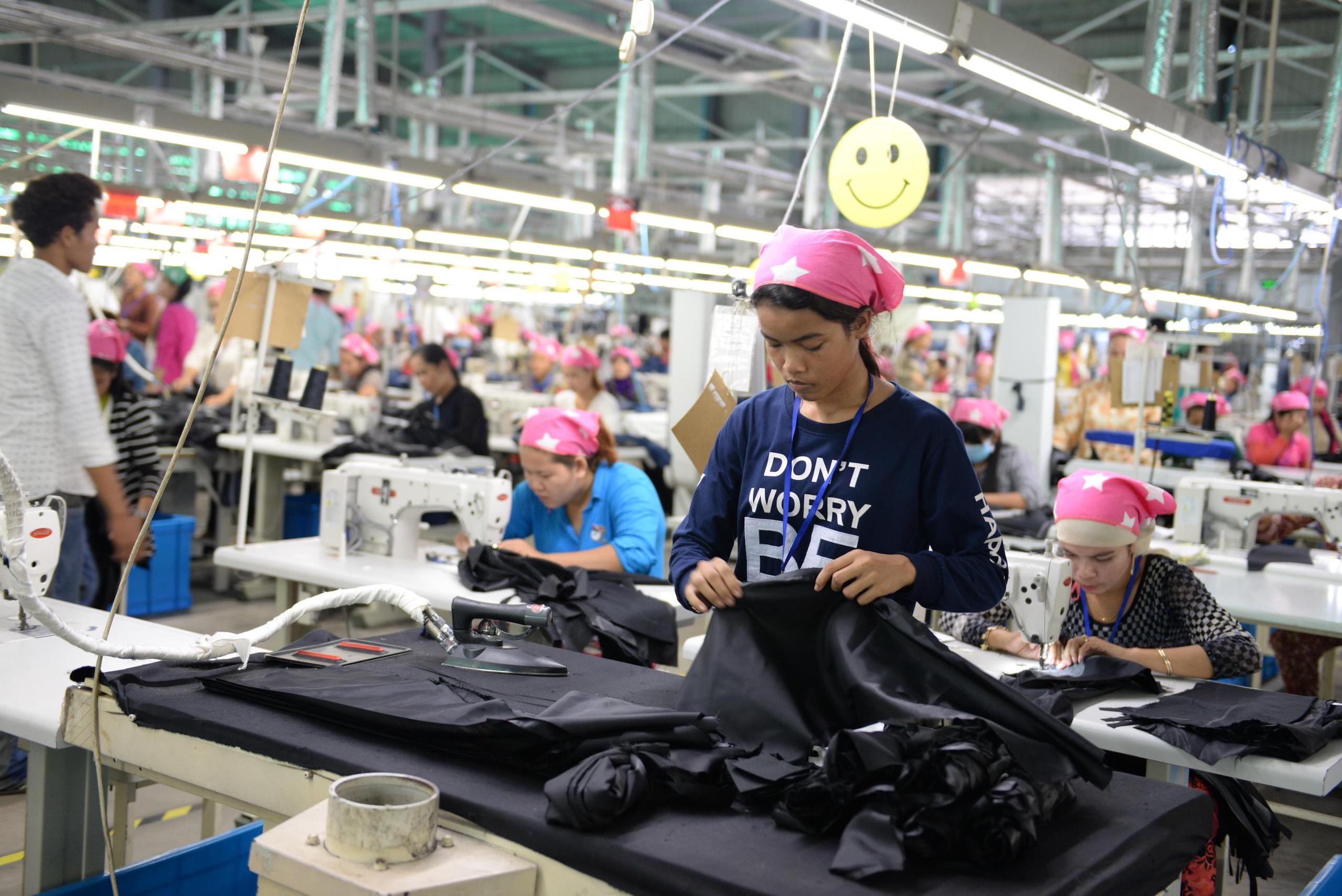 A key infrastructure development, facilitated by a loan from China, has been a $75-million electricity transmission line from the capital Phnom Penh to the town of Bavet, on the border with Vietnam. The 115 kV line is expected to provide electricity to three provinces along the National Route 1: Prey Veng, Kandal and Svay Rieng.

“The existing SEZs accommodate investors from all countries, though Chinese factories accounted for the majority of investors. Currently, the factories employ a total of 70,000 workers,” Pharith said. The influx of investment to Svay Rieng has drawn the rural workforce into more urban areas, attracted by improved access to electricity, better roads and housing. However, urban living has meant poor working conditions. Workers clashed with police at the Taiwan-owned Tai Seng factory in 2015 during a protest over poor pay. In 2019, more than 40 workers fainted and one died while at work in a factory in the Manhattan SEZ.

“Chinese overseas investment in countries with undeveloped or poorly enforced environmental regulation has attracted criticism, and this has resulted in a stronger emphasis, at least in rhetoric, from Chinese developers on the environmental credentials of their projects,” says Mark Grimsditch, director of China Global Program at Inclusive Development International. “This is especially important for companies supplying Western markets, where buyers are more likely to have their commitments to ensure their supply chains are green. The important thing is that this rhetoric is actually matched by good practices.”

Grimsditch says China has turned to Cambodia due to its own rising labour costs, leading it to offshore low-end manufacturing. “This has materialised in investment in numerous SEZs across the world. Cambodia is especially attractive, as it benefits from preferential trade agreements with Europe and the US that remove tariffs and quotas on certain products.”

Chinese factories in Cambodia bring prosperity and modernisation but at the cost of environmental pollution and poor working conditions. While developing green industrial zones shows the potential way forward, stricter monitoring and enforcement of environmental and labour compliance would help Cambodia strike the right balance.