Last year, President Joko “Jokowi” Widodo announced that Indonesia would move its government from Jakarta to a new capital city that will be built in East Kalimantan province, on the island of Borneo, near the geographic centre of the country.

Planning has begun, and pre-construction is due to start later this year, with the first phase of the move scheduled for 2024, although Covid-19 is expected to delay things.

The government is betting on the private sector, including international investors, to help pay for at least 80% of the project. China is reportedly interested in designing energy and waste-management infrastructure, and the Beijing-based Asian Infrastructure and Investment Bank has also agreed to get involved. 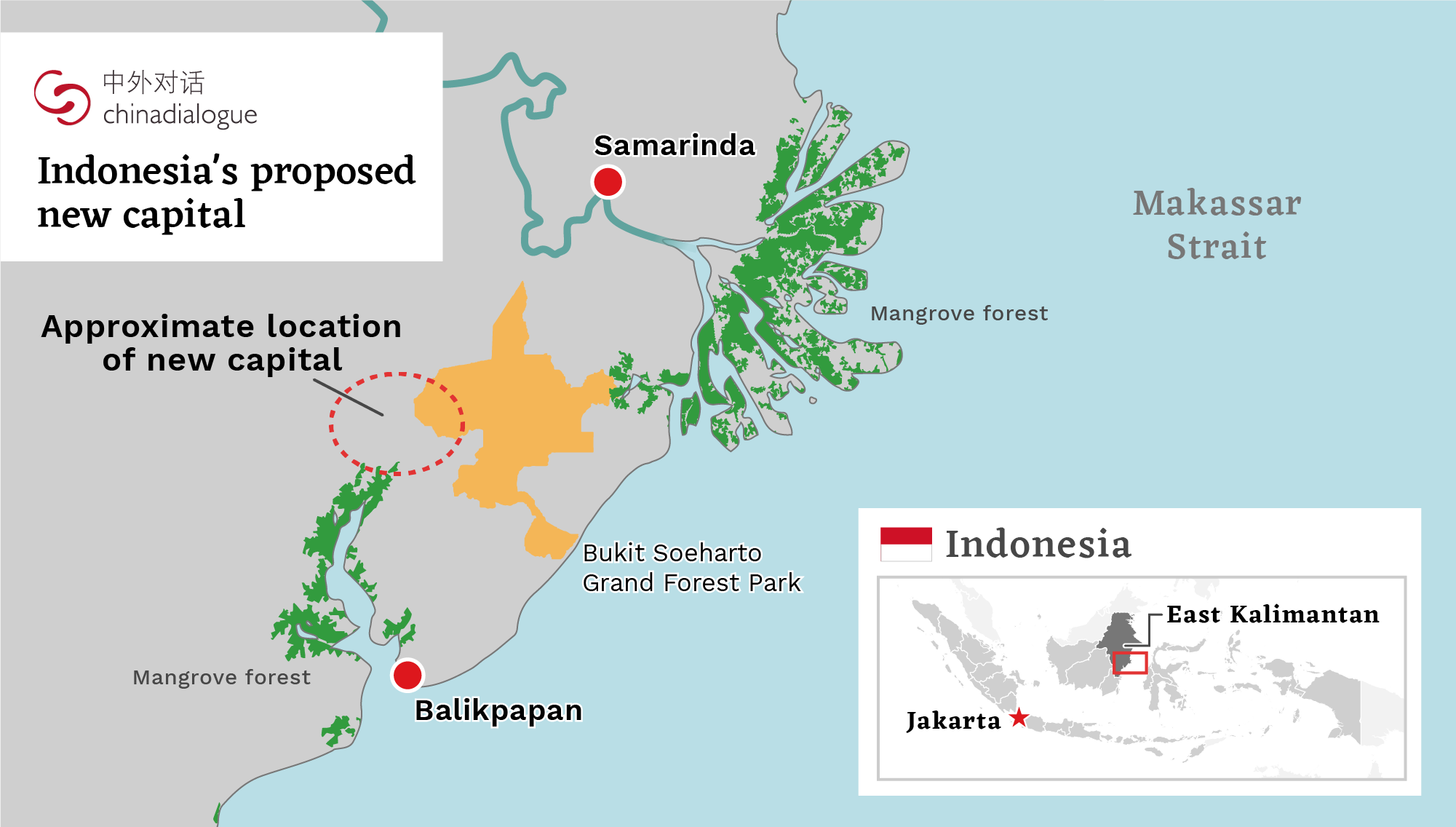 But Indonesia’s proposed new capital has raised concerns from environmentalists. The location is about 50 kilometres inland from the existing port city of Balikpapan, adjacent to two nature reserves and close to the habitat of critically endangered forest-dwelling species including orangutans and proboscis monkeys.

“Our main concern is the new capital will contribute to deforestation,” said Jasmine Puteri, senior forest campaigner with Greenpeace, Indonesia. Deforestation could lead to more forest fires, which are already an issue in Borneo.

Another concern is the potential for wetlands loss and degradation of mangrove habitat in Balikpapan Bay.

“There are a lot of mangroves… and when you build a city in an area that contains a huge cover of wetlands, it increases the risk of flooding due to watershed instability,” said Zuraidah Said, forest and climate research analyst at the World Resources Institute, Indonesia.

Paving over a large area of forest land could also increase runoff and result in greater flooding in downstream Balikpapan. 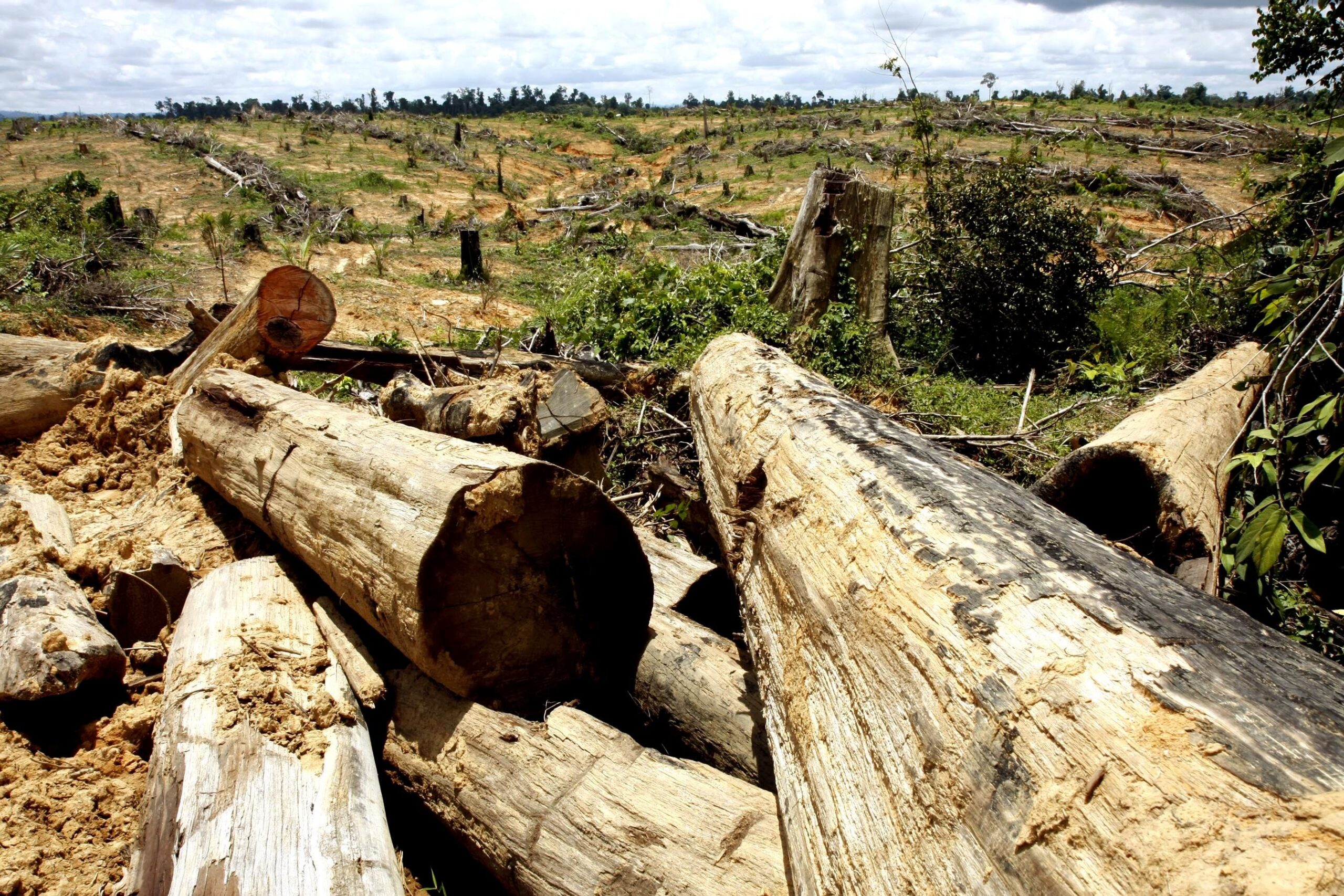 East Kalimantan is a major coal-producing province that supplies more-populous Java and also exports to China and India. An influx of people could lead to renewed calls to build more coal power generation for the new city.

“East Kalimantan still has considerable coal reserves,” said Laurens Bakker, assistant professor in the anthropology department at the University of Amsterdam. He is part of a research team focused on the new capital project, alongside colleagues in Indonesia. “Having more power plants that use coal is not the best way forward.”

To address those concerns, Indonesia’s planning agency, and President Jokowi, have stated that the new capital will be “smart, green and clean”. They’ve pledged to limit the development site to former oil and timber plantations and other land already in use. Deforestation will be prohibited and green reserves will be maintained around the city as a buffer. Clean energy use will be prioritised.

“It is spoken about as if the government is taking this in all seriousness,” said Bakker. “If there’s one way to make a city green, do it from the moment you start building it.” 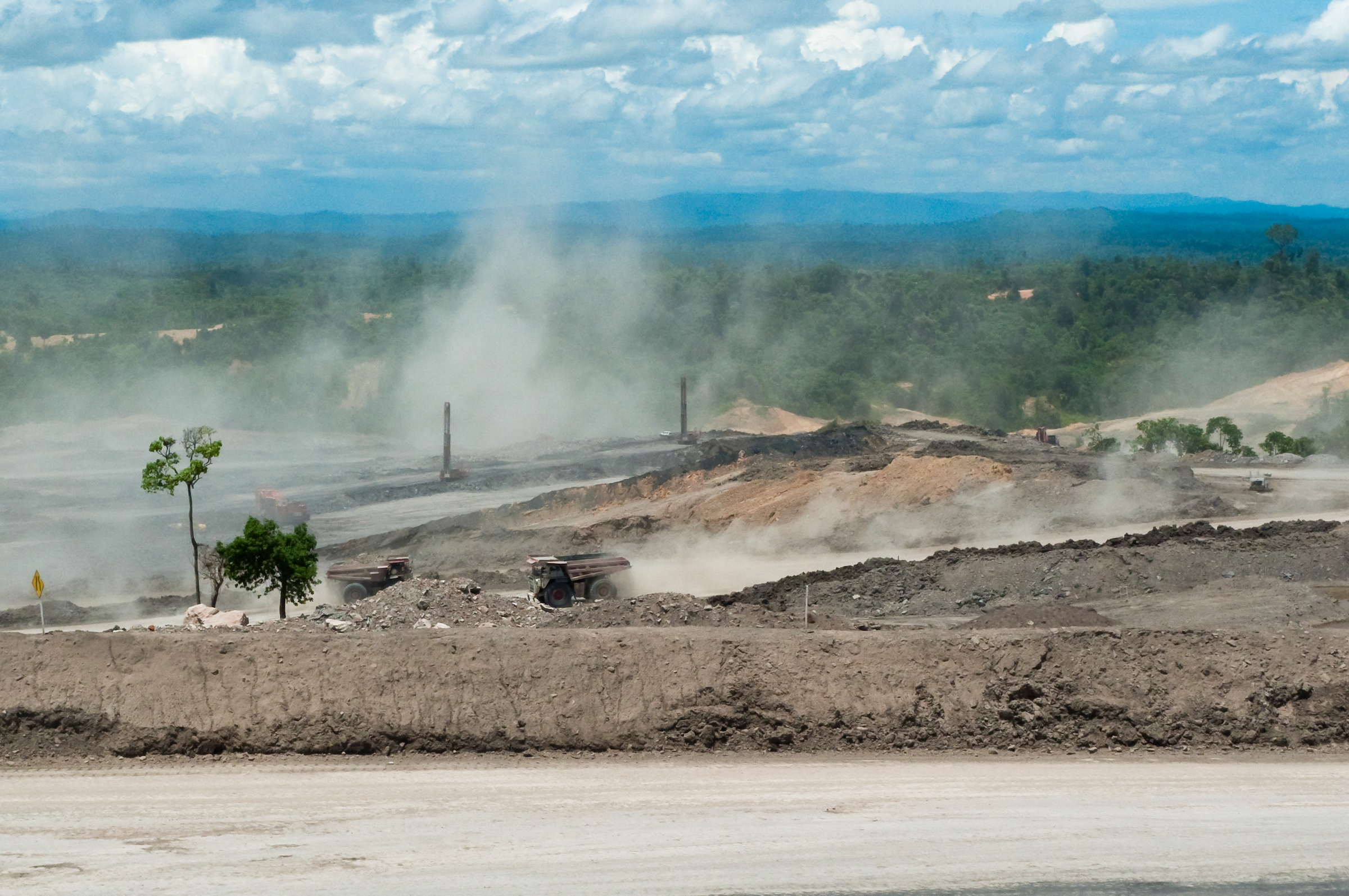 The role of international investors

Few of those projects would fit under a green city model. Since 2005, China has attempted to shift from rapid unplanned urbanisation towards sustainable urban development by developing several eco-cities domestically. However, it’s not always clear what an eco-city is, according to Austin Williams, an assistant professor at Xi’an Jiaotong-Liverpool University, and author of China’s Urban Revolution: Understanding Chinese Eco-cities.

“China is simply using the fact that there is no definition to define whatever it pleases to be an eco-city,” he said.

Williams says the model is less important than the individual technologies and how they are applied. Several technologies associated with Chinese eco-cities – mass transit, renewable energy, and efficient water use – could be utilised in Indonesia. The more important lesson might be that small changes can have big impacts too.

“China is now realising that you do not have to invest massively in environmental technology,” said Williams. Instead of investing more in solar panels, wind turbines and public transport, it is “creating parks, including insulation in buildings [and] improving the efficiency of drainage and waste disposal,” he added. 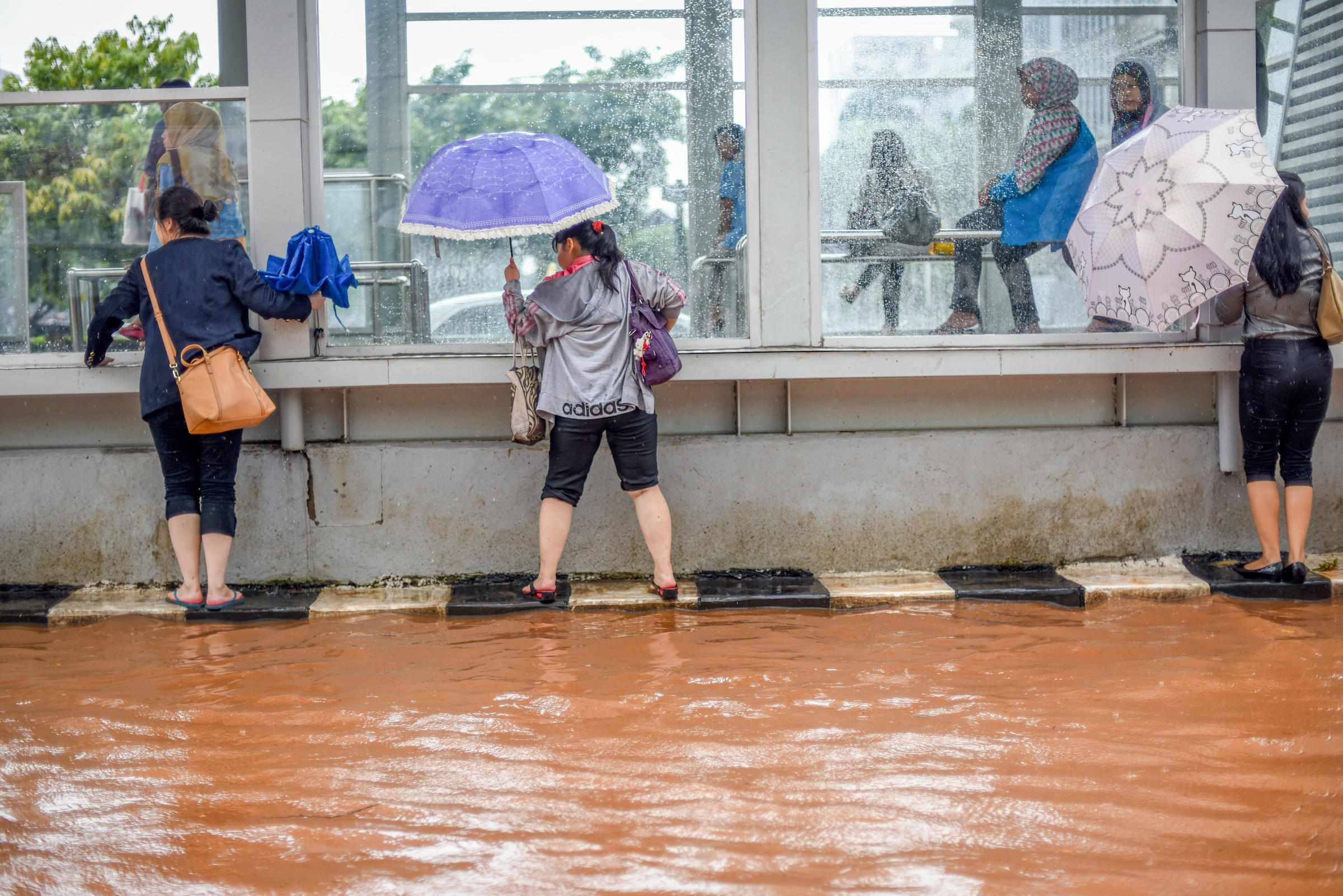 Pedestrians in the current Indonesian capital, Jakarta, try to avoid floodwaters after heavy overnight rains in January 2020. The new capital may seek to avoid such calamities by learning from China’s eco-cities. (Image: Reynold Sumayku/Alamy)

Indonesia’s new capital will bring specific challenges due to its tropical forest location, which is unlike any of the eco-cities in China, or green development projects in Europe or the United States.

“There are so many concepts of ‘forest city’ available in many countries, but we are trying to conceptualise it into Indonesia’s context,” said Hendricus “Andy” Simarmata, president of the Indonesian Association of Urban and Regional Planners.

Like China and elsewhere, whether the as-yet-unnamed capital city is green will depend on just how “green” and “clean” are defined. Indonesia’s history of megaprojects harming landscapes is why many want to see details first before giving the project their blessing.

“The concept is not really clear yet,” said Jasmine. “If they are clear and transparent about the strategies and planning, then it is possible to be achieved. But since they are not, that’s an issue.”

What to watch out for

Indonesia is making its new capital a global project. The advisory board includes representatives from Japan, the United Arab Emirates and the United Kingdom. US and Japanese companies are playing a key role in the design phase. Many expect that Chinese involvement will grow too. The initial designs and plan are expected later this year.

“The first thing I and my colleagues will be watching for is the layout for the city… where it is going to be and how it is going to take into account such elements as drainage, clean air and pollution,” said Bakker. “I am also curious about the extent to which there will be expertise in environmentally neutral building being taken into account from [abroad].”

According to Andy, the government has brought in a diverse range of experts, including himself, to help draw up the plans and define the meaning of “smart, green and clean”. He is hopeful for something that balances urban and environmental needs. 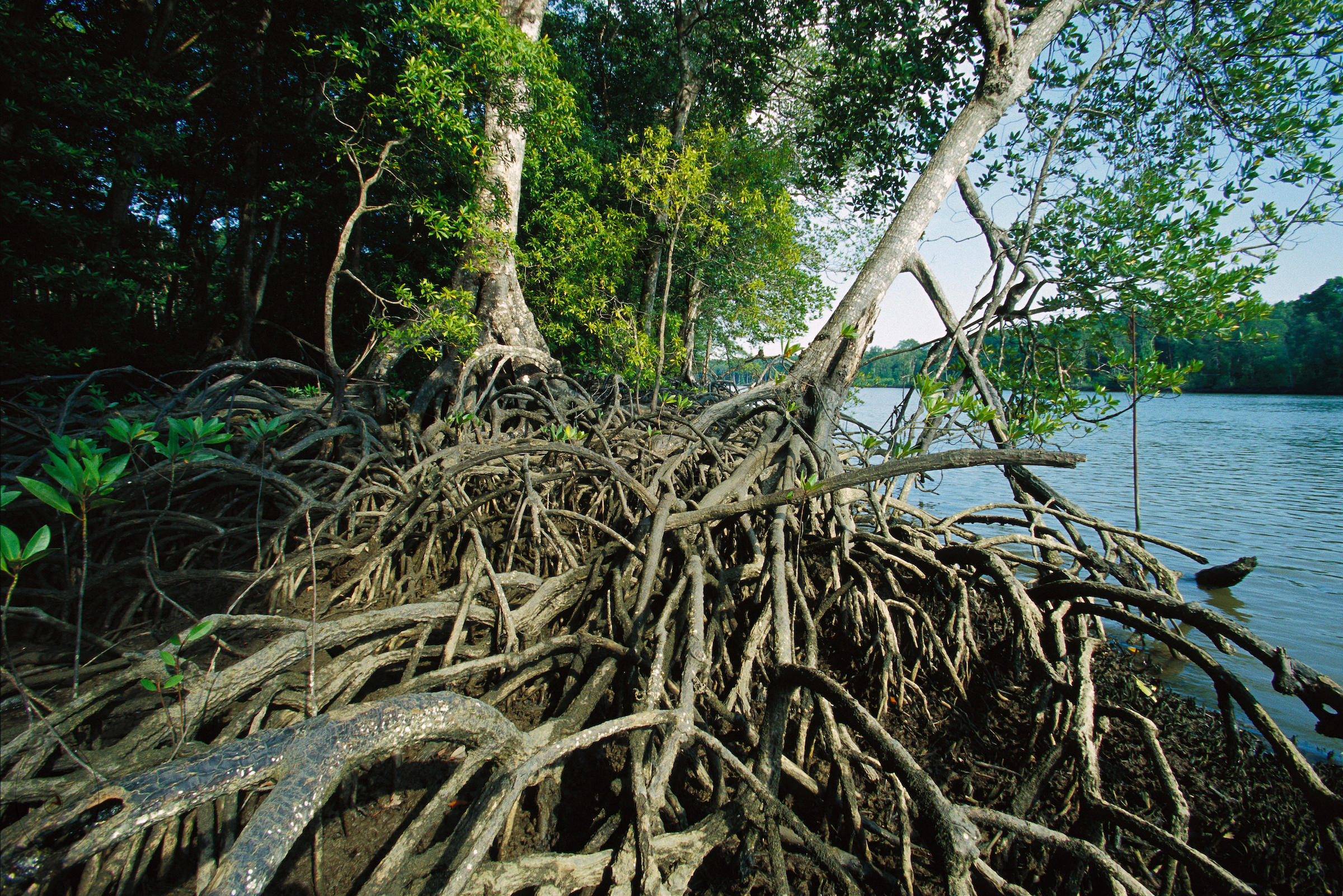 “They are aware of the biodiversity hotspot location of the new capital, the mangroves, wetlands and, in the highlands, the forest coverage,” said Andy. He added that preliminary studies for the strategic environmental and social impact assessment have been completed and more detailed assessment will continue this year.

This will all be integrated into a master plan for the new city, to be released by Indonesia’s planning agency later this year. Andy hopes that by June or July, it will be possible to begin charting a timeline for when the project will break ground.

While Covid-19 has slowed things down, the government’s plans remain ambitious. The country is even looking to have the unbuilt city put in a bid to host the 2032 Olympic Games – the ultimate showcase for the emerging economy, but also for what could be a model for ecological urban development in a tropical landscape.

Kinari Webb: ‘We can rebuild our economies in a more ecological way’