Tucked away in one of the most remote corners of Beijing’s Peking University campus amid rolling banks, fallen brown leaves and conifer trees, is the Shanshui Conservation Centre, a non-governmental organisation led by renowned conservationist Dr Lü Zhi, who has a bold plan to change China’s approach to urban conservation.

Dr Lü is campaigning to get the historic university campus legally recognised as a protected conservation area. This would be the first designation of its kind in China, and protect the site from development and pesticide-use. The move would benefit over 200 species of birds including Mandarin ducks and several resident protected owls, as well as the other wildlife that visit area's lakes, streams and trees.

“This campus is only one square kilometre, but about 40% is trees, natural vegetation, ponds. Some endangered birds have found habitat here,” Dr Lü  says, adding:

“Birds are more tolerant of human development and smaller spaces, and that’s why you still see many birds in developed areas. You just need to add a small pond and on the second day, the birds will come,”

“We’re using this campus and the university's high profile as a case study to show how much difference it can make if you know what to do to help the wildlife.” 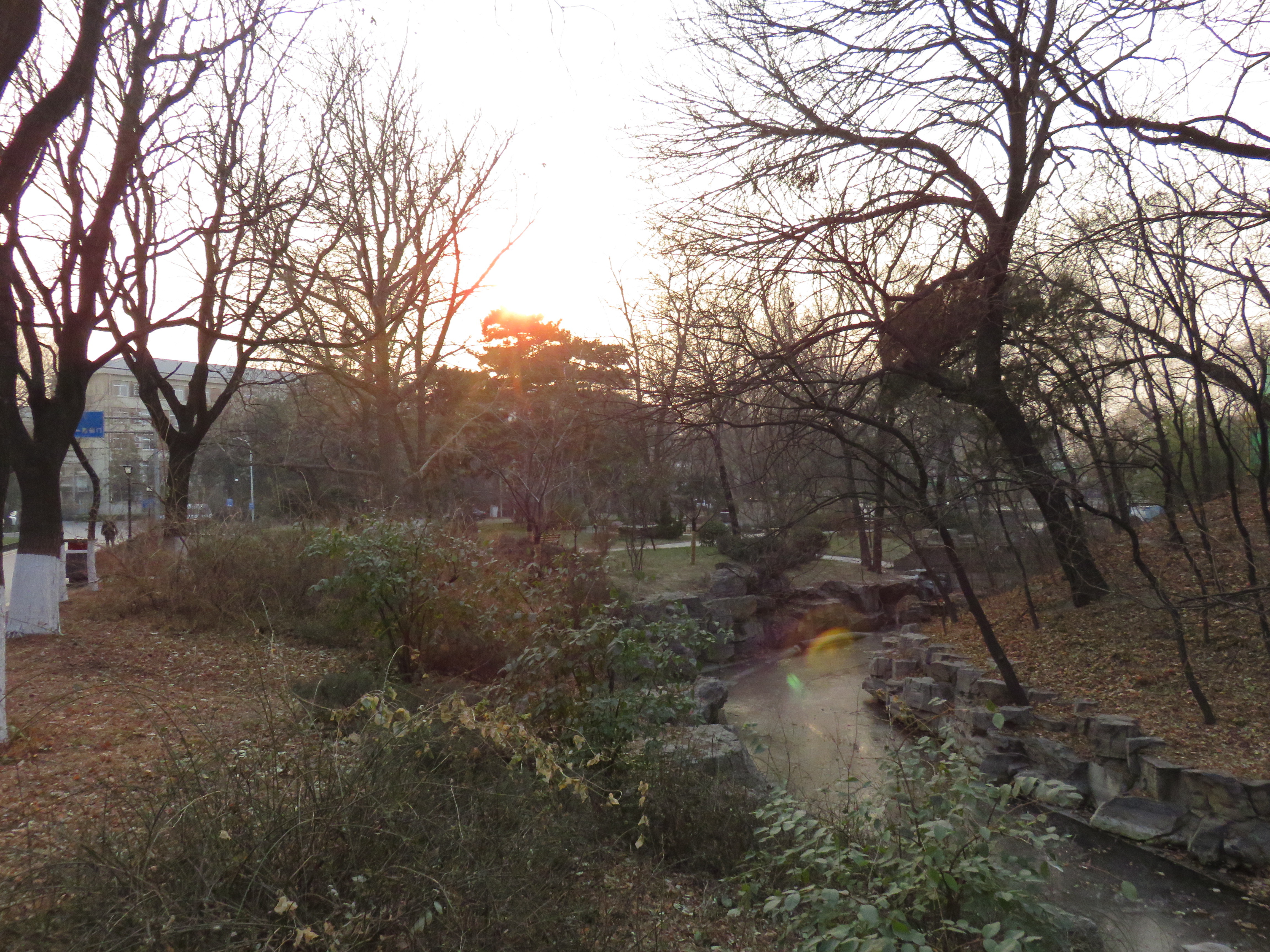 The Peking University campus is just one square kilometre but it's rich in biodiversity (Image: Helen Roxburgh)

Deforestation in China has heavily impacted native and migratory birds. In the past three decades, the urban population has grown by 500 million people, and China's urban land use between 2000-2010 doubled. According to Shanshui, between 2000-2015, around 1,355 square kilometres of forest were destroyed.

Some of the most endangered native bird species include the Chinese crested tern, with less than 50 remaining in the wild; the endangered blue-crowned laughing thrush, now only found in one province; and the yellow-breasted bunting, which has gone from abundant to critically endangered in a decade. Shanshui figures record 314 endangered species of birds in China.

Much city development has taken place along coastlines. The amount of urban land in coastal areas has increased five times since 1978, turning wetlands into concrete developments, and robbing migratory birds of their habitat and food.

China’s coastal wetlands are crucial points for birds that migrate between Siberia and Australia, and some 10% of the species that use this migratory route are now facing extinction, including the critically endangered spoon-billed sandpiper, with only about 200 breeding pairs in the wild.

“The mudflat along the coastline of China that they use as stop-over site is under threat of being reclaimed,” says Zhang Yimo, director of habitat and species, Water Practice, at WWF China.

While the government has implemented a series of nature reserves across the country – as many as 2,000 – they are not all equal, and some are little more than excuses for sham eco-tourism.

A report from the Shanshui Centre warns that rocketing land values make it hard to incentivise local governments to protect areas of natural wildlife, which is why Dr Zhi’s solution of small urban conservation designations for existing sites could gain support.

Currently, of the areas where most endangered birds are, only 2% are protected as nature reserves – most nature reserves are in the West or more remote parts of China, and many species of birds are found in denser Eastern parts.

Apart from deforestation, other threats to endangered birds include their use in traditional Chinese medicine and banquets, poaching, and more recently their sale online sale.

“Yellow-breasted buntings used to be very abundant 20 years ago,” explains Zhang. “Traditionally, the birds are considered a delicacy and believed to boost sexual vitality. Though hunting and trading are banned, the birds remain popular and quite expensive in the black market. The population of the birds is estimated to have decreased by around 80% during the past 11 years.”

Last year, activists claimed yellow-breasted buntings were available to buy on Taobao, despite a law forbidding any wild bird being captured in China without a license. Environmental group Birding Beijing compiled links of more than 100 places where they believed the law was being violated, either through the sale of birds or poaching equipment. Alibaba says it removed the links in October and is undertaking a “review of procedures”. 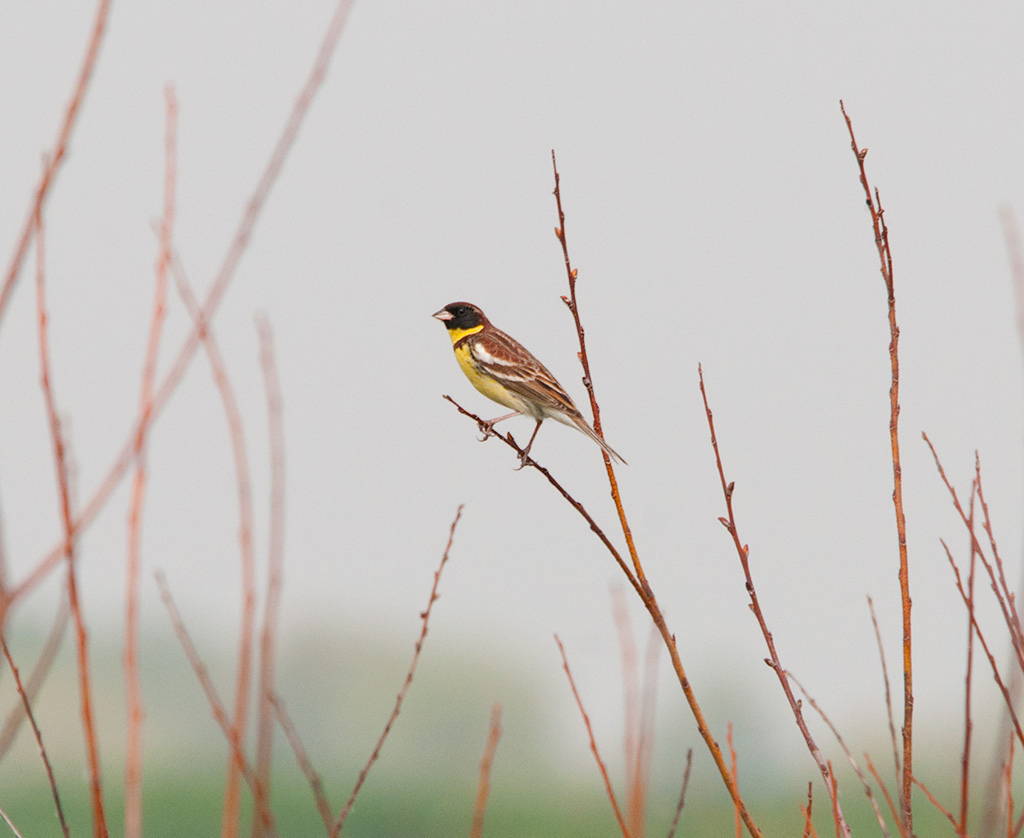 The yellow-crested bunting – a favourite on the black market (Image: Flickr/Sergey Yeliseev)

State initiatives are also helping protect birdlife, with an update to the 1989 Wild Animal Conservation Law last year. The government is also promoting its “sponge cities” policy, which advocates more wetlands and natural shrubbery in cities, both to tackle flooding risks and provide better environments.

In addition, China’s State Oceanic Administration announced in January it will curb commercial development of coastal wetlands, and demolish or shut down all illegally reclaimed land that damages the environment. It has also stated that 53 million square kilometres of wetlands will be protected from development for ecological purposes.

Meanwhile, grassroots conservation and “citizen science” (scientific research conducted by members of the public) in China has been booming. According to Zhang, the number of NGOs dedicated to environmental protection is already around 3,500 and is growing rapidly. Much of the data in Shanshui’s China Nature Watch report is compiled by the public.

“There is an ever-increasing number of birdwatching groups in cities across the country,” says Dr Jianbin Shi, associate director for Conservation Programs at the Paulson Institute.

“The volunteers not only guide identification of birds, but also introduce knowledge on birds and their ecological importance in ecosystems. Many participants are excellent experts in identifying birds, and their records have contributed much to the knowledge about abundance and distribution of birds, and such knowledge will inevitably contribute to bird conservation,” adds Dr Jianbin.

BirdLife International has set up more than 20 birdwatching societies in China, while volunteer societies have been gathering fans, such as the China National Net Removal Centre, whose members remove birds nets set up by poachers. But even among these well-intentioned groups, there is a learning curve.

“More and more photographers are becoming interested in taking pictures of birds in urban centres, but I’ve observed the behaviour of many photographers is harmful to birds themselves,” adds Shi.

“For example, they approach so close to the bird they disturb or disrupt their normal behaviour, particularly breeding and feeding behaviours. or use artificial baits to attract birds, which may even lead to illegal hunting of the target birds.”

Dr Lü says some schools are starting nature education classes and she has seen growing interest in the wildlife at Peking University from Beijing residents, amid a desire to reconnect with nature even in the middle of major cities.

“Many cities are making more green spaces to be shared by citizens, but defining ‘good’ green areas needs some scientific input,” says Dr Lü. “The green lawn may not look as nice without pesticides, plants may have holes in the leaves, but it is a better habitat. There’s a whole set of ecological concepts that need to be introduced in greenfield management in urban areas. Dead leaves can provide important habitat for insects, which provides food for birds but in cities, leaves are usually cleaned away because they look dirty.

Migratory birds in peril from trappers