China has expended enormous financial and political capital in recent years on its Belt and Road Initiative (BRI); a strategy to expand its overseas investments and engagement through new financial institutions, infrastructure routes and trading relationships.

The scale and ambition of BRI presents a variety of environmental and social risks but also opportunities. Chinese companies have been criticised for exporting polluting industries, such as coal-fired power, but also praised for hastening the roll-out of low-carbon infrastructure. 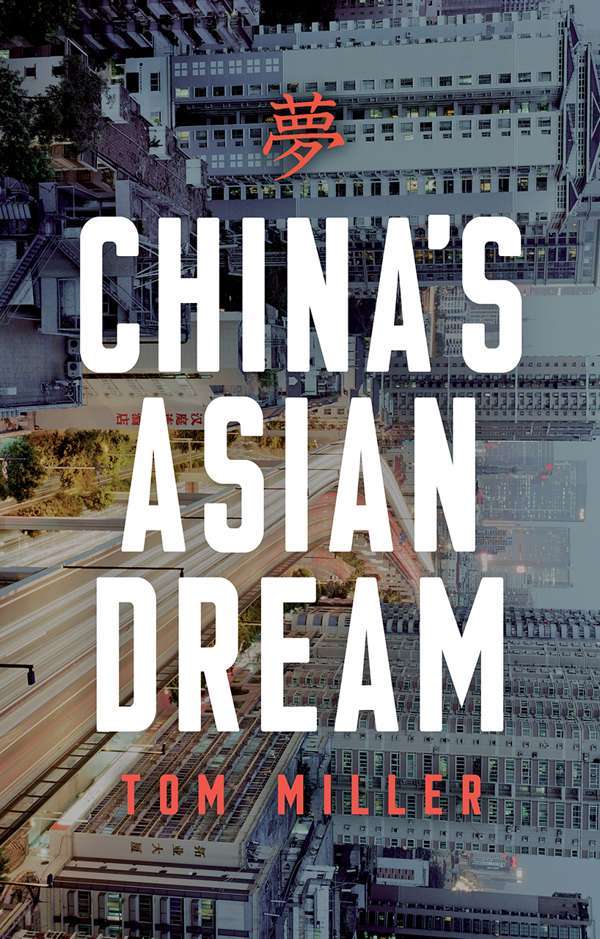 A new publication from Zed Books, China’s Asian Dream: Empire Building along the New Silk Road, sees economic analyst Tom Miller travel around China’s Asian neighbours to better understand the impacts of BRI from the ground up, from the Mekong Basin to the Central Asian Steppe, in a vivid and useful guide to China’s unfolding strategy and its economic and diplomatic ramifications.

I spoke to Tom and asked what he learned. The interview has been edited and condensed for clarity.

Sam Geall (SG): What is “China’s Asian Dream”, to which you refer in the title of the book?

Tom Miller (TM): President Xi Jinping’s “Chinese Dream” is about “Making China Great Again”, which is not so different from what President Trump is talking about in the United States, or Prime Minister Modi in India today. It’s the idea that China used to be the great civilisation-state in Asia, and that China should launch a “Great Rejuvenation”. In the book, I wanted to look at how that relates to Asia, and how it works in practice.

China, for many years, was characterised by the taoguangyanghui doctrine of “hide your influence and bide your time”, but under Xi Jinping, China has become much more proactive in its foreign policy, becoming an active presence in Asia in a way that it wasn’t before. So what China has tried to do, through its economic diplomacy, is play a much bigger role in Asia.

For some, this will be very positive: it can help infrastructure development; it can help to build things that countries would have trouble building themselves; and it can provide finance. China has the money to do that, and this gives China more influence in the neighbourhood and helps it to become a much more influential power.

SG: It’s around two years since the United Kingdom announced it was joining the Asian Infrastructure Investment Bank (AIIB), setting off a cascade of other countries joining. What’s the significance of the AIIB, particularly given it is smaller than China’s policy banks, like the China Development Bank and Exim Bank?

TM: China will exercise its financial power more through policy banks and commercial banks. The AIIB and the Silk Road Fund are much smaller in terms of capital. But they are important – the bank was founded, in the first place, because of a sense of irritation and unfairness that China couldn’t play a bigger role in the Asian Development Bank and the World Bank, which as part of the Bretton Woods architecture, had a very strong US presence. There was a sense China was shut out of playing a larger role, until they eventually said: “Let’s do it ourselves”.

So it’s a symbolic move about China standing up in the world and becoming a leader – starting its own institution, and inviting other countries to be members, under China’s leadership. The AIIB has been something of a victim of its own success: China might have had more power to choose projects to be involved in had it not had so many members, particularly Western countries like the UK and Germany, diluting China’s presence.

SG: There is a risk that as China greens its economy domestically and moves up the value chain, Chinese companies find an “escape valve” for overcapacity overseas and effectively export their more polluting, energy-intensive industries. Is that something you have seen playing out?

TM: Clearly one part of China’s strategy is to foster new markets overseas for goods exporters or industries that have overcapacity, or otherwise need new markets. Certainly when it comes to things like steel, cement or high-speed rail, an industry will want as many markets overseas as possible. There are many examples of this in Central Asia and elsewhere, where roads and rail are being built out. A lot of these projects will go ahead, but some will not – we saw a railway project abandoned in Indonesia, for example. China will also set up plants and manufacturing overseas: if you look at the China-Pakistan Economic Corridor, it’s not just about roads, pipelines and rail, there’s also talk about an industrial belt, which may also include power stations and so on.

TM: State-owned enterprises don’t have an international brand they need to protect, as much as a firm from a developed country might – they are seen as arms of the Chinese state – so it is China’s image abroad that suffers. It’s a process of learning though, and some are starting to do a better job – much as firms from Japan or South Korea learned in the past. In Myanmar, China Power had a terrible reputation and suffered a backlash there due to the Myitsone Dam project, but they have tried hard to become more serious about Corporate Social Responsibility (CSR) and green aspects of their operations. Companies have to be careful, because if they do suffer a populist backlash, it can make it more difficult to operate in future in those countries. It’s a learning process for any country, and it takes time.

SG: When the book was being researched and written, it would have been a fair assumption that the US-backed Trans-Pacific Partnership (TPP) would go ahead. Now, with Trump’s election in the United States and his announced withdrawal, this seems unlikely. How does this affect China’s position in Southeast Asia?

TM: It’s too early to say, but certainly China would have been delighted when Trump pulled out of TPP. It’s possible that other countries might try to revive the TPP without the United States, hoping that the US might join it in the future. But the point of TPP was not only economic but also political, from the US perspective – to ensure US leadership in Southeast Asia, and reassure other countries that the US would be an active presence there. Now there are a lot of doubts about that.

Vietnam is a good example, because the country was moving closer to the US. China is now trying to step into the void, and helping to push the ASEAN-led Regional Comprehensive Economic Partnership (RCEP), of which it is a member. This is behind schedule, and it is unclear how much it can really do, but it’s clear that China has more of an opportunity than it had before, given the political leadership vacuum. If the US decides to step back, then China will step in.