Dressed in rubber overalls, Óscar Timarán launches himself into a rectangular pond and paces the perimeter with a black net. With water up to his waist, he and a colleague isolate a corner where dozens of long greyish fish can be seen fluttering furiously, trying to escape.

Oscar inspects them one by one. He lifts a half-metre fish by the tail, tilts its head down and gently brushes its mouth. The jaw opens and a cascade of small black and orange specks flies towards a plastic bag of water.

They are the babies of the silver arawana. Native to the Amazon, the fish has an elegant swimming style and is a new attraction in China’s aquariums because it resembles the dragon fish (Asian arawana), the most expensive decorative fish in the world.
​
In exporting the ornamental fish to Asia, breeders in the Amazonian department of Caquetá have discovered an economic niche that could help stop deforestation in the world’s largest continuous forest.

At the foot of wooded hills outside the departmental capital of Florencia in paddocks where cows once grazed, the Amazon International Trade Zone company (AITZ) breeds silver arawana in 48 pools. It is fast becoming a promising business.

“There were 15 years of scientific research, publications and manuals, but we saw that there was no major commercial initiative,” says manager Carlos Eduardo Ramírez, who has promoted their venture in several trade fairs in Asia, including the China International Pet Show (CIPS) in Beijing and Aquarama in Singapore.

“We were one of the leaders,” adds Ramírez, who ditched a career as a banking analyst in Bogotá to return to his native region and lead the new aquaculture “biotrade”.

In 2013, they exported their first shipment of 3,000 baby arawanas to a dealer in Hong Kong. Every year since they’ve sent around 20,000 two-centimetre fingerlings that are then raised by distributors. When they reach the size of a hand, they are sold to aquarists throughout China.


They have become popular in the past decade as an affordable alternative to the coveted Asian arawana. According to Emily Voigt’s book The Dragon Behind the Glass, the Asian version can fetch several thousand dollars and need armed guards.

While a young Asian arawana can cost between US$50 and $100, its Amazon cousin, also called the silver dragonfish (银龙鱼), is sold fully grown for 100 yuan (US$15) on e-commerce websites like Jingdong.

Like their reddish cousin, the silver arawana evokes the dragons of Asian folklore with large, shiny scales, a wavy swimming pattern and two small whiskers, or olfactory bulbs, that hang from the lip.

“You see them in the water and you don’t see anything too different, but look at them in an aquarium and you can see the beautiful colours,” says Hermes Olmos, a rural farmer from the town of Paujil who was among the first breeders.

Gladys Pineda, manager of the Caquetá Aquaculture Association (Acuica), which represents 100 fish farmers, says: “China is the star market. While we don’t have a culture of aquariums here, over there they really like them and we are amazed to see the technology they use.” 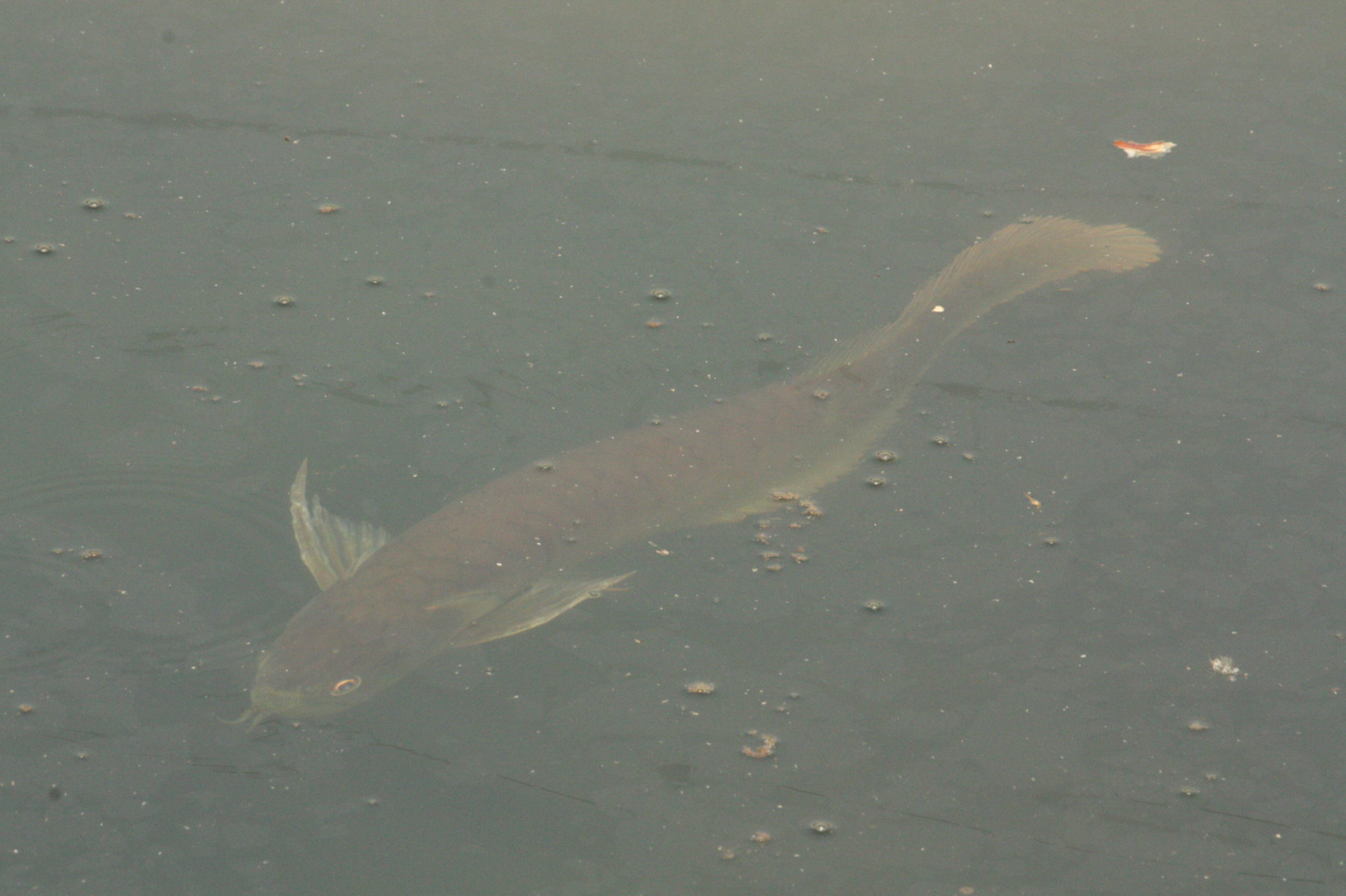 The Asian dragon fish has been nicknamed the “monkey fish” in the Amazon for its agility, speed and jumping ability. (Image: Andrés Bermúdez Liévano)

Acuica decided 17 years ago to investigate the market potential of arawana and study how to reproduce the species in captivity. Until then, there was only an informal and ill-concealed trade in fish captured in the rivers in the Amazon. After three years, they patented the method and raised them along with fifty partners.

Yet the initial boom didn’t last long. In all the enthusiasm for the new business, many fish died during the 40-hour plane journey, as farmers overlooked crucial factors such as water temperature. They also struggled with distributors.

The silver variety is not the only arawana to light up Chinese aquariums. There is a blue species that is common in the flood forests of the Amazon basin. It reproduces poorly in captivity though and is more sensitive to changes in water temperature.

Since 2015, AITZ has also exported baby arapaima, which grows into the largest fish in the Amazon. They can measure two metres in captivity and three in the wild. Their white, tasty meat means they’re mostly eaten, but Peru is seeing growing demand from Chinese ornamental fish fanatics. 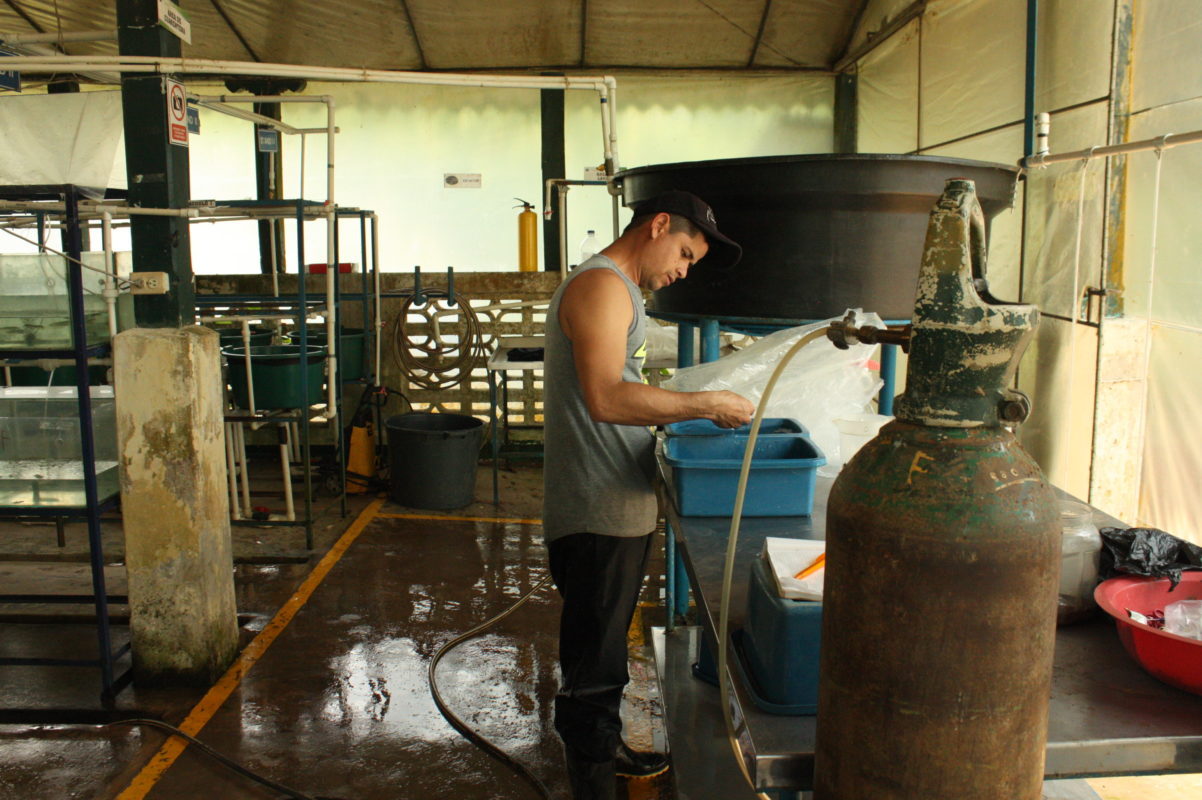 The fish swim in oxegenated tanks until they reach 45 days, when they can be exported. Chinese buyers finish the rearing process, selling them on at a much bigger size. (Image: Andrés Bermúdez Liévano)

The sale of arawanas to China has another benefit. Caquetá, where the forests of the Andes mountain range meet the jungles of the Amazon, has among the highest rates of deforestation in Colombia. Extensive cattle ranching and land speculation are largely to blame.

In a region that saw 60,000 hectares of forest cut in 2018 and where conventional wisdom dictates that each cow needs one hectare to graze, stopping deforestation means finding productive solutions for thousands of farmers. The conversion to silvopastoral, more forest friendly, methods in the jungle’s border area is also a challenge.

Colombia’s biotrade is emerging as one possible solution for conservation. Products range from Amazonian fruits açai and cupuaçu, to the community management of forests – and breeding arawanas.

“Livestock in the Amazon needs very large areas because the soil is not suitable. In contrast, aquaculture has fast and important returns in generating economic stability,” said Luz Maria Mantilla, director of the Sinchi Amazonian Institute of Scientific Research, a government body.

“It’s a relatively recent business in the Amazon because many researchers thought it was competing with the river. When we found that the species was beginning to decline, we were convinced that it was a good option,” adds Mantilla, who grew up in Caquetá. 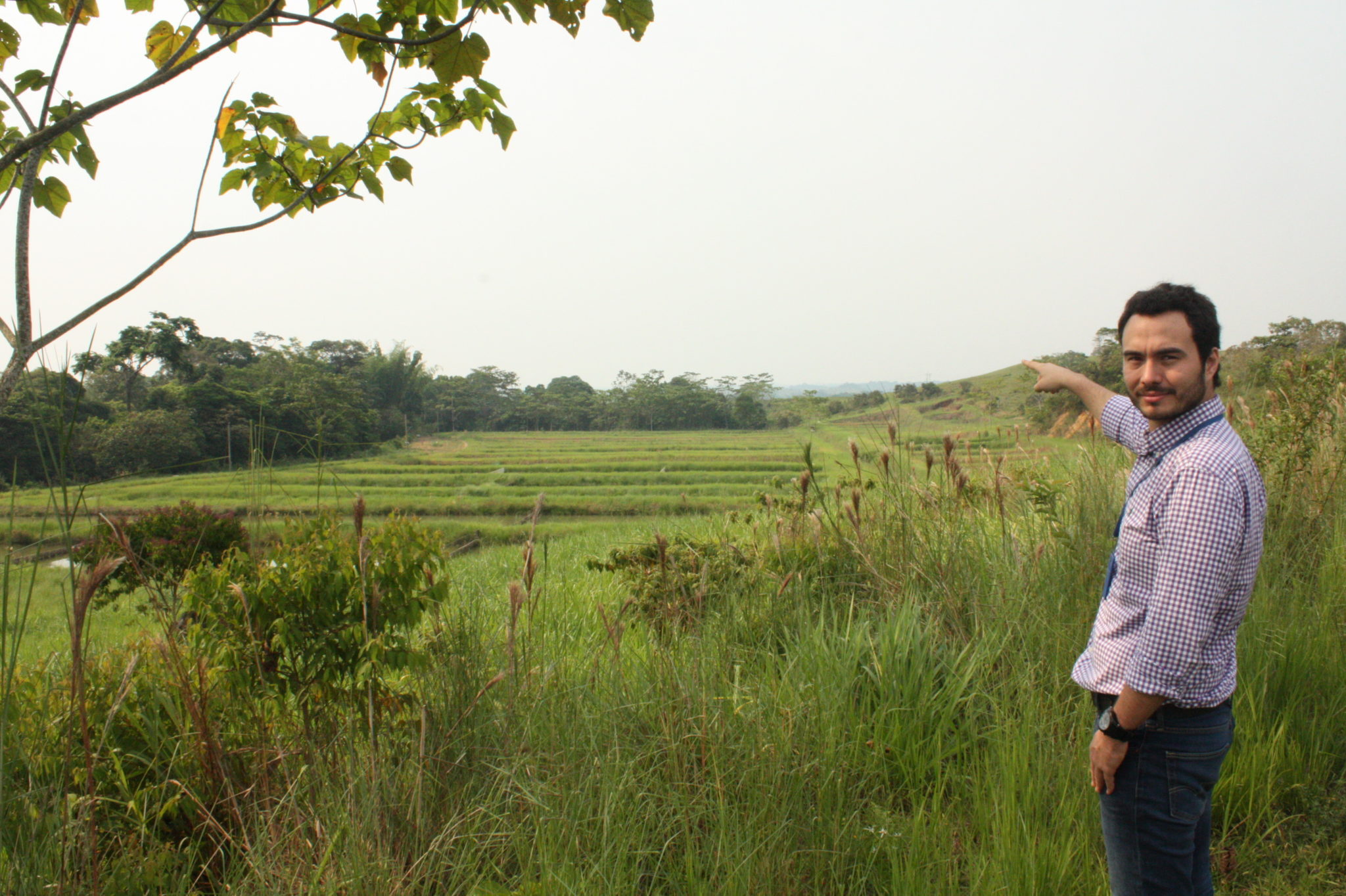 For all of them, the model is proving to be more profitable and sustainable than livestock farming. It also requires less land.

Hermes Olmos has 14 lagoons with 800 breeding stocks. He produced 16,000 small fish last year in just one and a half hectares.

“You can’t imagine that artisanal fish is so big a market. It’s very profitable,” says Olmos. “I am taking on average 100 larvae per fish, which are sold at 2,000 pesos (US$0.60) each and have few expenses. Last year they returned an 80% profit.” A decade ago he made a living raising edible fish like mojarra, cachama and shad.

Ramírez’s 10-hectare farm, which has over 1,000 males for breeding, has created six permanent jobs and at least four temporary ones. They have also decided to preserve 180 hectares of forest. AITZ bought its farm from the Colombian government after the corrupt Caquetá Cattle Fund went bankrupt.

Voigt says the sheer scale of Chinese demand raises several environmental concerns. The success of the trade quickly led to overfishing in the Amazon’s rivers as those keen to profit ignored the seasonal windows necessary for the fish to reproduce.

A contraband trade emanating from Brazil flourished, driven by a demand that one Chinese importer who Voigt talked to estimated at around one million arowanas a year.

“Yet farming pet fish rather than collecting them from the wild can remove an important incentive to protect nature. Southeast Asia is a cautionary tale: its ornamental fish trade is booming but the habitats of the species being bred are largely destroyed,” Voigt said. She added that she had even met Asian aquaculturists already raising the Amazonian species.

South American farmers fear that eliminating the costs of transporting to markets 17,000 kilometres away would mean they couldn’t compete.

For Caquetá, such opportunities are vital. It is one of the most biodiverse departments in the country and was for years a stronghold of the Farc Marxist guerrillas. After they signed an historic peace agreement with the government in 2016, 13,000 guerrillas put down their weapons and began looking for work.

With a virtually non-existent private sector and 11,793 hectares, or 7% of Colombia’s territory, devoted to the cultivation of coca, the region is looking for ways of growing economically whilst preserving its natural wealth.

One way could well be this elegant, elongated fish which uses its mouth as an incubator.