The G20 group of countries, a club of all the world's leading economies, including Brazil, China, Germany, India, Japan and the United States, are spending US$88 billion a year on fossil fuel exploration subsidies.

These generous public subsidies are "propping up fossil-fuel exploration" which would otherwise by uneconomic, according to a report from the Overseas Development Institute and Oil Change International.

“Despite the widespread perception that renewables are costly, our research reveals that finding new fossil-fuel reserves is costing nearly US$88 billion in exploration subsidies across the G20," says Shelagh Whitley from the Overseas Development Institute. "Scrapping these subsidies would begin to create a level playing field between renewables and fossil-fuel energy." 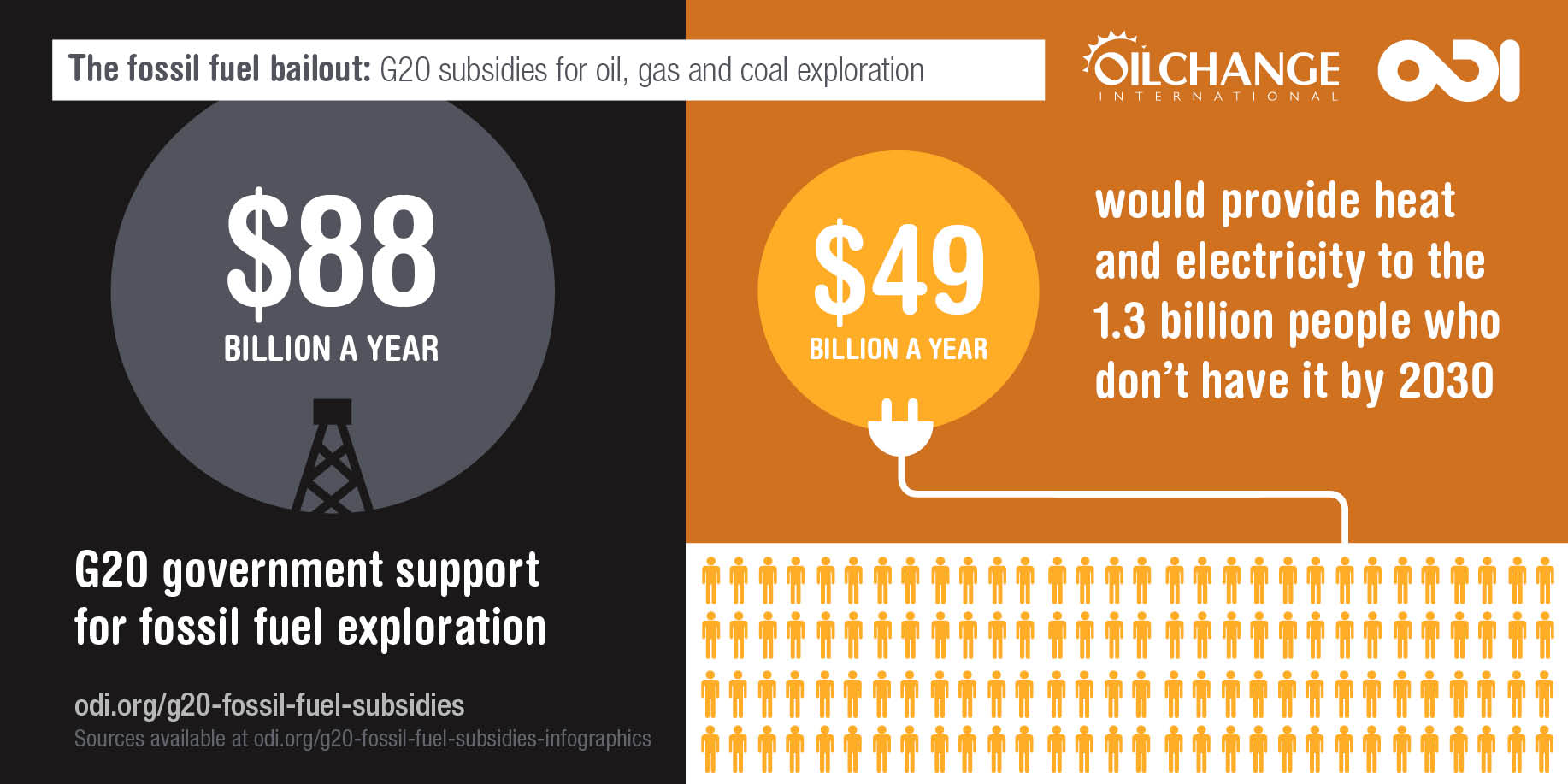 Tom Levitt is a journalist and editor, based in London. Before joining chinadialogue he was deputy editor at the Ecologist magazine. He also set up and ran MSN environment. His work has featured in CNN, the guardian and Independent. He specialises in food, farming and environmental issues.

Climate and energy policies will be under scrutiny as Barack Obama and Xi Jinping meet at the APEC summit in Beijing, explains Shen Jiru of the Chinese Academy of Social Sciences