China’s One Belt and One Road (OBOR) initiative aims to further the country’s trade links and influence with almost 60 countries, mainly in Asia and Europe. The initiative offers both opportunity and risk for China and its partners.
​
The Chinese government expects to invest trillions of dollars in large-scale infrastructure projects such as railways, container ports and power stations in OBOR countries. These will have a significant environmental impact and the Chinese government will have a crucial role in ensuring that domestic firms working in other countries manage environmental risks properly.

There are particular concerns about China’s efforts to back coal power plants. One area of debate is the use of “ultra-low emissions” technology, which refers to thermal power plants that use integrated, high-efficiency pollution scrubbers to reduce some types of emissions to the levels permitted for natural-gas powered plants. Such plants do not cover the emission of greenhouse gases such as carbon dioxide.

A group of eight Chinese and foreign Non-Governmental Organisations (NGOs), including Oxfam and the Global Environmental Institute, have called on the Chinese government to take the lead in setting new green standards. In September it launched the China Green Leadership: Belt and Road Green Development project. At the launch event chinadialogue asked three experts what environmental standards Chinese firms working overseas should apply.

Promoting China’s high environmental standards abroad would improve the country’s position at the negotiating table. Companies should have no trouble applying these standards abroad. This would give Chinese companies a greater market share in OBOR countries.

Take thermal power as an example of a Chinese industry that has applied world-class, leading edge emissions control standards. In some areas, China has already achieved “ultra-low emissions”, meaning that coal-fired power plants produce the same level of emissions as their gas-fired equivalents.

This breakthrough in pollution control is the result of a decade of sustained research and development. The upgraded technology is being rolled out in power plants across China – it’s no longer the exception. The government could subsidise companies seeking to use this “ultra-low emissions” technology abroad.

Li Tianwei, chief engineer at the Ministry of Environmental Protection’s Appraisal Centre for Environment and Engineering

Chinese firms working overseas should first apply local standards. You have to follow local practices rather than undercut them with lower standards. As to whether we should apply more ambitious standards, the decision should be based on three factors: international norms, regional requirements and technical feasibility.

Assuming costs are within budget, you might decide to have an “ultra-low emissions” project. But not all of China’s industries have advanced environmental protection standards. In some cases we’re far behind, so the standards applied when working abroad will vary according to the sector.

In some cases, standards must be implemented abroad even if they aren’t applied in China, around biodiversity, climate change, equity and poverty for example. Chinese firms might be less concerned about these issues at home, in the absence of domestic requirements.

In China you just need to have a word with the mayor or the Party secretary and it’s all solved. It’s not the same overseas; there’s no point in speaking to the mayor or the governor. You need to be more careful. As far as possible, when global norms require it, China should follow international practice when working abroad.

China doesn’t have its own overseas assessment standards for environmental protection, social risks, appropriation of land and relocations, and so on. However, the World Bank Group’s International Finance Corporation has eight performance standards on environmental and social sustainability that Chinese financial institutions and companies should take note of.

Communities should have a full right to be informed of matters that affect their interests, with a specific representative responsible for hearing complaints. Internationally these practices are routine, but China doesn’t have these performance standards and so needs to refer to international approaches.

The “ultra-low emissions” approach might not be required in some countries, but China’s advanced technology of high efficiency coal-burning should be applied universally.

​When companies work abroad, they should use local standards at the very least. When good standards are in place, then technologically weak firms will struggle in the OBOR region. We want technologically advanced firms to go overseas otherwise China’s image will suffer, and once your reputation is damaged it’s very hard to restore it.

The trouble with China's 'One Belt One Road' strategy

China's massive programme of infrastructure spending in other Asian countries risks repeating many of the environmentally harmful mistakes made at home, says this opinion piece from the Stockholm Environment Institute

China's provinces have handed out lots of new permits to coal fired power. But the central govt has stepped in to stop them, writes Feng Hao

Roundtable: What are the benefits of China's ban on new coal mines? 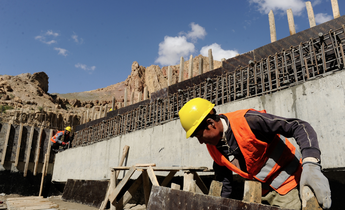 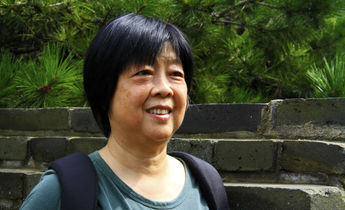 How to build environmental protection into ‘New Silk Road’

With talks ongoing in Rome, Peng Kui argues that the post-2020 biodiversity framework must be strengthened to reverse decades of loss

Users will no longer be reimbursed by state insurance schemes, but more action is needed to save African pangolins, says report