Although the content of the 13th Five Year Plan (FYP) is unlikely to be finalised until early next year, the outcomes of this week’s Communist Party plenum will set the direction for China’s economic and environmental policy making over the next five years.

The meeting, which was held in secret and ended today, has discussed a FYP that is likely to adopt tougher environmental targets and restrictions on pollutants as it aims for greener growth.

Besides a stronger push to solve China's environmental problems, the official report (Chinese language link) of the four-day meeting highlighted several areas that will be the main areas of focus during the next five years.

These include technological innovation, entrepreneurship, an abolition of the 'one child policy' and greater use of markets to allocate resources where they are most needed.

The upcoming FYP, which will run from 2016 to 2020, is likely to be a good deal more ambitious than the 2011-2015 plan, as China widens the range of pollutants it wants to control and sharpens enforcement of environmental laws, said Alvin Lin, China Climate and Energy Policy Director with the Natural Resources Defense Council.

“Now that we’re near the end of the 12th FYP, we can see that there were also some gaps, especially with regard to implementation of air and water standards, PM 2.5 air pollution, poor soil quality, and the continuing high consumption of coal,” Lin said.

According to commentators, the main watchword among Chinese cadres is “quality” rather than “quantity”.

Following the Plenum, Minister for Environmental Protection Chen Jining said an overall improvement in environmental quality is now one of the targets for achieving a “moderately well-off society,” through targets on curbing pollution of air soil and water, and better zoning and environmental buffer zones.
“Conserving resources and protecting the environment” has been given even greater prominence than before, suggesting that the government may punish officials or state-owned companies that use materials or natural resources in a wasteful or polluting way.

Such a move, which has been well-flagged through plans for “smarter”, “greener” growth that would in line with China’s “new normal”, would contrast to a large extent from previous Five Year Plans, when strong economic growth was the main priority.
That meant that energy-intensive and highly polluting materials such as cement, steel, non-ferrous metals, and chemicals were overproduced while so-called 'ghost cities' were built in areas where few Chinese wished to live.
The Plenum also decided that regional environmental bureaus should answer or their superiors in the Ministry of Environmental Protection, rather than their peers in local government, part of a drive to make officials less pliable to demands from regionally-powerful industries or sectional interests.
The raft of new or improved policies and targets will involve a hefty cost to the private and public sector. Wang Jinnan, deputy director and chief engineer at the MEP’s Chinese Academy of Environmental Planning, told a media briefing that China would need to spend around 2% of its GDP on measures that curb pollution and clean up the environment, up from 1.4% currently.
Three-step approach
China will take a three-step approach to a greener, more modern economy, such as the reduction consumption of energy and resources; lowering emissions of pollutants and removing the link between pollution and economic growth, said Hu Angang, head of Tsinghua University’s School of Public Policy and Management. Hu has participated in the drafting of FYPs since the early 2000s.
This strategy represents a clear change from the 12th FYP, which used quantitative caps on emission of pollutants as a tool to improve the environment. However, those caps have been met without any actual improvement in environmental quality, prompting strong criticism of the environment ministry and the appointment of an academic, Chen Jining, to head the ministry earlier this year.
Cao Mingde, a professor at the China University of Politics and Law, told chinadialogue that the biggest difference between the 12th and 13th FYP will be a fundamental change in how economic growth and environmental protection are balanced. “If this isn’t handled properly we won’t achieve the goal (of a greener society),” said Cao.
Since coming to power, Xi Jinping has repeatedly stated the importance of environmental protection and further refined his idea of an “ecological civilization”, saying that environmental quality is key if that society is to be well-off.
Economic slowdown
And while the economic slowdown is making it easier to reduce emissions of harmful pollutants and climate-changing gases, some fear that tailwinds battering the Chinese economy might also lead to slacker environmental targets.
The slowdown puts the government under more pressure to increase overall economic growth, maintain government income and provide jobs, said Wang Jinnan, deputy head and chief engineer at the Ministry of Environmental Protection’s Chinese Academy of Environmental Planning in an article (Chinese language only).
Economic pressure may curb environmental spending both by government and business, hampering efforts to clean up China’s chronic pollution.
Pan Yue said the authorities are strongly aware of this problem, and  will carry out in-depth research into how the slowdown will affect environmental protection.
One of the strongest signs that the 12th plan had delivered real environmental achievements was a fall in China’s CO2 pollution this year – the first time this century, said Hu Angang.
Successes?
Chen Jining said earlier this month that China’s environment has benefitted from the changes brought in during the 12th FYP.
According to a report from the minister, from 2011 to 2014 emissions of the key pollutants ammonia, sulphur dioxide and nitrogen oxides fell 9.8%, 12.9% and 8.6% respectively.
Further declines were also seen in the first half of this year, as overall targets for the 12th FYP were achieved and the size of the area affected by acid rain shrank to that last seen in the 1990s.
In 2014 emissions of five key heavy metal pollutants (lead, mercury, cadmium, chromium and arsenic) dropped by 20% from 2007 levels, and the number of cases of heavy metal pollution decreased from 10 a year in 2010 and 2011 to three a year between 2012 and 2014.
These successes were put down to the implantation of air and water pollution action plans: “These grand programmes for fighting pollution are unprecedented anywhere in the world,” said Chen.
Wang Jinnan, deputy director and chief engineer at the MEP’s Chinese Academy of Environmental Planning, said an initial draft would be completed by the end of the year and a submission made to the State Council in the first half of 2016.

China’s first major revision to its 15-year-old air pollution law will do more at the regional level to cut down on smog, but there are glaring omissions, such as a cap on coal use.

Air pollution levels in most of China's cities fell during the first half of 2015, Greenpeace said, most notably for measurements of extremely toxic PM2.5 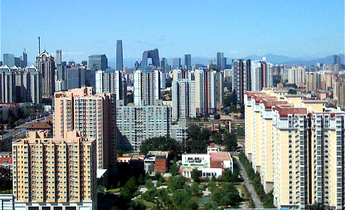