As the novel coronavirus SARS-CoV-2 (Covid-19) has assumed the status of a global pandemic over the past few months, a proliferation of commentaries have attempted to offer explanations for why and how the outbreak originated. Most accounts suggest that the virus originated in bats and was transmitted to humans, possibly through an intermediary species. Some have lamentably used this hypothesis to incite racist views against people of Asian descent around the world – in some cases simply calling it the “Chinese virus”, as United States President Donald Trump has done, and in others spreading serious misinformation, as in the case of a video (actually filmed in Micronesia in 2016) that purported to depict people in Wuhan eating “bat soup”.

In the course of a pandemic, it’s natural – if possibly misguided and even dangerous – to attempt to seek a definitive origin story. The quest for a Patient Zero, to identify some individual or group as the origin point for a catastrophic chain of events, is a routine response to epidemic outbreaks. In the case of Covid-19, it is not a person but a place that has been speculatively and tentatively identified as the source of the pandemic: the Huanan Seafood Market in Wuhan. Commentators have subsequently linked this site, and wet markets more generally, to the rise of the exotic animal trade in China.

In seeking to offer explanations for the present condition, commentaries have highlighted the role of multispecies entanglements: transgressive connections between the habitats of wild animals and the bodies of middle-class consumers have, they suggest, escaped the control of health administration, resulting in epidemic calamity. Yet the history of epidemic prevention in China reveals a rather different set of relationships connecting humans, animals and environments – one that has fundamentally shaped the public health structures and strategies that have ameliorated the crisis there.

Public health in China’s past

Accounts of zoonotic disease transmission tend to focus on the complex associations connecting humans, animals and nature. But it’s also useful to think about the significance of these relationships to the history of medicine. Although most accounts have focused on rare ingredients like pangolin scales or bear bile in traditional remedies, public health in modern China has historically stressed epidemic control in livestock and more common animals. An infamous outbreak of pneumonic plague in Manchuria in 1910 played a formative role in establishing this dynamic. The plague was likely a consequence of the intensive hunting of wild marmots in northeast China; the precise mode of zoonotic transmission remains unclear, but increased population density combined catastrophically with growing mobility borne of railway construction. The resultant epidemic killed over 50,000 and was halted only with severe quarantines, as well as widespread use of face masks.

The Manchurian plague was followed by a series of epidemics that struck north China in the 1910s. Consequently, the National Epidemic Prevention Bureau (中央防疫处) was established in 1919 to provide China’s weak central government with a national institution to prevent and manage outbreaks. The bureau’s primary task was the laboratory development of vaccines and sera against smallpox, plague and other infectious diseases. It also collected epidemiological information, conducted urban vaccination and public health campaigns, and supported microbiological research. Shortly after its establishment in Beijing at the Temple of Heaven, the bureau expanded and set up offices across the country.

The organisation’s investigations did not draw strict demarcations between human and animal diseases. A good example is the Northwest Epidemic Prevention Bureau (西北防疫处), a subsidiary office that was established in the city of Lanzhou in 1934 and oversaw not only Gansu, but also Ningxia and Qinghai provinces. This bureau’s primary purpose was to investigate diseases that afflicted livestock. It produced vaccines against cattle and sheep anthrax, as well as rinderpest (a virus that afflicted cattle and buffalo). Its staff visited local villages to educate rural people about epizootic diseases (those that affect a particular animal population) and set up branch stations to treat sick animals and humans. The bureau maintained a focus on veterinary medicine and epidemic control even as periodic epidemics of scarlet fever, diphtheria and other diseases ravaged local human populations in the 1930s. 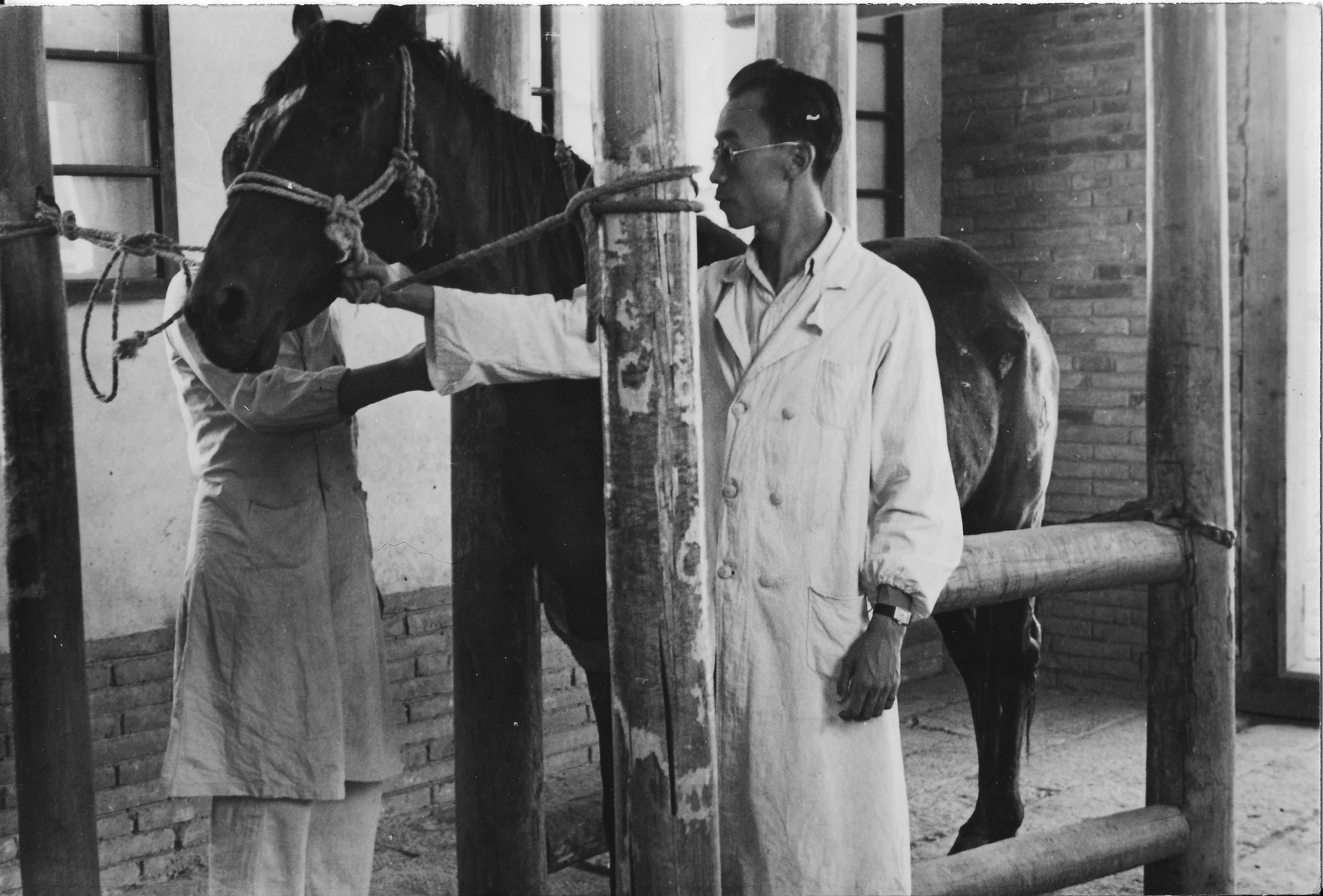 A horse about to be bled for serum at the farm of the Northwest Epidemic Prevention Bureau Vaccine Production Institute (Image: Gordon Sanders/Needham Research Institute, CC BY NC)


The Lanzhou bureau’s epizootic work contributed to the establishment of novel hygienic strategies that had lasting impacts on modern Chinese public health. When war with Japan broke out in 1937 and the Republican government established a provisional capital in Chongqing, the National Epidemic Prevention Bureau moved its headquarters to Kunming, and the Lanzhou bureau became a newly prominent node in a reconfigured network of epidemic control, redirecting much of its work to the manufacturing of vaccines and sera to prevent epidemics among soldiers and refugees. Producing the immunisations that prevented human diseases like plague, cholera and smallpox required substantial work with animal subjects, and the Lanzhou bureau’s extensive stables became vital national resources in this context. Passing experimental bacterial and viral strains through live rodents, rabbits, horses and calves was critical to maintaining their virulence. The animals themselves provided lymph and sera that was used to manufacture vaccines on sufficiently large scales to make mass immunisation against cholera, typhus, smallpox and other diseases possible.

In Mass Vaccination: Citizens’ Bodies and State Power in Modern China, I argue that the National Epidemic Prevention Bureau worked with a range of local health administrations and international aid organisations across China’s wartime hinterland to develop strategies of mass immunisation. These systems had far-reaching and lasting impacts. After the war with Japan ended in 1945, the bureau re-established itself as a national institution. And after the Chinese Communist Party founded the People’s Republic of China in 1949, immunisation became a key strategy of the Ministry of Health, reflecting imperatives of mass mobilisation and preventive health. Nationwide vaccination drives against smallpox, typhoid fever and other diseases were undertaken throughout the 1950s. They were often conducted as part of movements to protect the nation’s health known as “Patriotic Hygiene Campaigns”, first undertaken during the Korean War.

Legacies of the past

Mass immunisation provided a means for the People’s Republic not only to control infectious diseases, but also to take a leading role in global health. By the 1970s, China’s health administration was widely viewed by Western observers as extremely successful, not least because it had contributed a major advance in the global eradication of smallpox via extensive vaccination programmes in the 1950s. When it rejoined the World Health Organisation in 1972, China was praised as a model for emerging strategies of rural and primary health care in the sphere of international health. After 1978, however, the postsocialist transition brought with it radical transformations of medical administration and care; even as wildlife farming became an increasingly significant source of income in the countryside, rural healthcare systems were deteriorating.

The SARS pandemic of 2003 – another outbreak resulting from the zoonotic transmission of a novel coronavirus – contributed to the professional reformulation of epidemiology in China. Today, China’s response to Covid-19 has elicited considerable praise from foreign observers, who have connected the slowing domestic spread of the epidemic to strategies of far-reaching resource mobilisation and extensive quarantine. Twentieth-century precedents seem, then, to hold lasting significance.

Discussions of how the Covid-19 outbreak arose in China, with their criticisms of the environmental and social factors that gave rise to a deadly zone of interspecies entanglement, are rarely connected to laudatory descriptions of epidemic responses there – and yet origin and response are clearly interdependent. Complex relationships between humans, animals and local environments might have been responsible for the emergence of a deadly pandemic, but – in very different configurations – they may also prove crucial to the biomedical processes, expertise and networks that could offer a resolution.

A world trimmed with fur – wild things, pristine places, and the natural fringes of Qing rule

The human costs of ‘Swan City’

How the pig became a ‘pork factory’ in China

Mary Augusta Brazelton is University Lecturer in Global Studies of Science, Technology and Medicine at the Department of History and Philosophy of Science at the University of Cambridge. 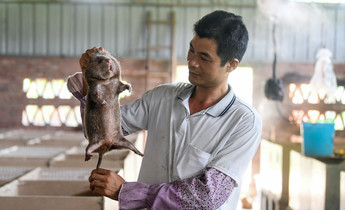 The legal proposals shaping the future of wildlife in China

The coronavirus has propelled China’s Wildlife Protection Law up the legislative agenda. China Dialogue assesses six plans for its revision 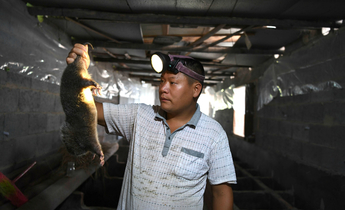 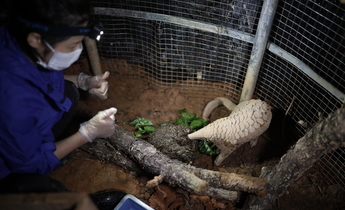 The fourth and final episode of the Pangolin Reports by Sustainable Asia looks at rewilding controversies, bushmeat bans and bats 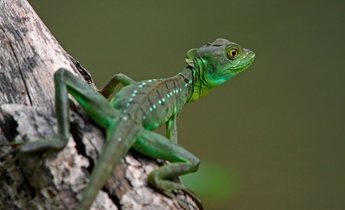 If we want real biodiversity targets then we need to address problems with the existing negotiation draft, says Peng Kui 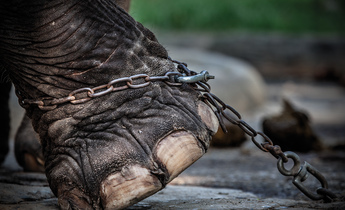 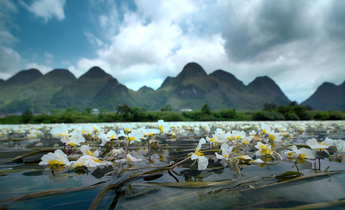