Australians were surprised, to put it mildly, when the conservative governing coalition soundly won the country’s election on May 18.

Public opinion polls had consistently indicated that the opposition Labor Party was more popular than the government. Climate change was held to be one of the main reasons, along with the instability of the government. These grievances were connected: three prime ministers had been ousted in the past decade over disagreements about climate change policies.

A core of hard-right conservative politicians had rejected any attempt to curtail emissions and spoiled several efforts at electricity reforms, even as businesses and investors warned that the lack of policy certainty was preventing new investments and keeping prices needlessly high. The environment minister was rarely seen or heard from during the campaign.

So it was astonishing that a government that had repeatedly shown itself to be unable – or unwilling – to address climate change was returned to power.

China received little attention in the lead-up to the election, even though it buys almost a third of Australia’s exports. In fact a lot of Australia’s domestic climate politics will arguably be decided in China.

Under international carbon accounting rules, Australia is one of the highest-emitting countries in the world on a per capita basis, rivalling other fossil fuel superpowers such as Saudi Arabia and Qatar. And like those countries, its domestic emissions are tiny compared to those from its exports of coal and gas.

Last year coal edged out iron ore to be the number one commodity exported from Australia. About a quarter of that coal goes to China. The link between mining and wealth is well known to all Australians, often overshadowing the large tourism, education and agriculture sectors.

Coal receives special focus within the mining sector because of its centrality to climate policy. The mining industry has launched expensive campaigns to promote coal, and the now prime minister Scott Morrison approvingly brought a lump of coal into parliament in 2017, while he was treasurer. Conservative commentators frequently talk about the importance of coal, and columnists argue that it underpins the country’s quality of life.

A great deal of the tension in the election campaign focused on the massive Galilee Basin coal development proposed by the Indian-owned Adani Mining. As the economics of the mine and a lack of financing made its prospects dubious, the company pushed harder for support from Australian federal and regional governments. The Labor party avoided sending a clear message on the mine, which has, over several years, become a lightning rod for climate campaigners, mining communities and politicians.

Many people in local mining communities believed it would create a vast number of jobs, despite evidence to the contrary. But the support for mining is strong in Queensland, likely bolstered by a massive political advertising campaign from mining billionaire Clive Palmer. Some politicians and media argued that environmentalists campaigning against Adani actually helped swing the election towards the incumbents.

Meanwhile, energy watchers everywhere know that much of the world is transitioning away from thermal coal – at the last count, more than 100 global financial institutions had ended or restricted coal funding – and there are numerous warning signs that the economic benefits of mining are less certain than they used to be. Thermal coal prices have fallen more than 40% since mid 2018, and in February Dalian port in China started restricting coal imports from Australia; a decision that unnerved officials and was seen as payback for Australia’s decision to exclude Huawei and ZTE from bidding for its 5G network.

Australia’s Department of Industry warned in March of “substantial uncertainty” around restrictions of coal imports at Chinese ports. The Labor party, long before the election, had acknowledged the risks of relying on Chinese coal demand. “It’s now clear that the world’s biggest [thermal coal] market is in retreat,” said shadow climate minister Mark Butler in early 2018. These and other warnings appear to have been ignored during the election. Yet if Chinese demand for Australian resources falters, regardless of the reasons, the country’s next election may have a very different type of debate about climate policy.

Kate Mackenzie is a writer and researcher on climate change and finance. She was previously a staff journalist at the Financial Times where she wrote about energy and finance. 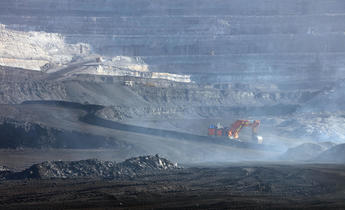 China’s coal consumption on the rise

Use of coal increased again in 2018, raising questions about the green energy transition, reports Feng Hao and Tom Baxter 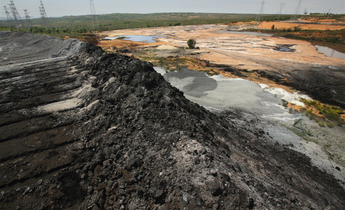 Mergers and restructurings aim to increase capacity and competitiveness, not to leave coal behind, explains Feng Hao 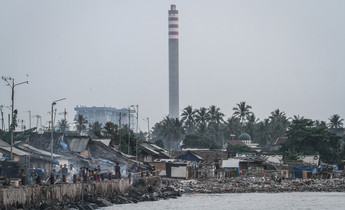 Still stuck on coal, the region is missing out on massive price cuts in renewables, writes Courtney Weatherby 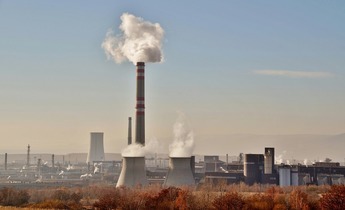 When will we see a global carbon peak?

Global carbon emissions increased again in 2017. China will be key to bringing them down, writes Wu Yixiu

Can Indonesia build a ‘green’ capital in a biodiversity hotspot?

The government is talking the eco talk, but given its history of damaging megaprojects, deforestation and new coal power are real risks